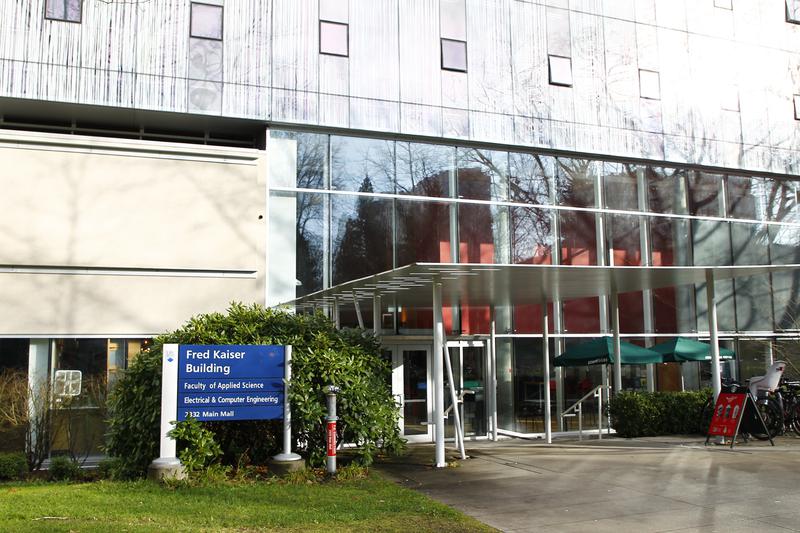 A competition designed by MIT, international genetically engineered machinery (iGEM)
is where teams across the globe develop a biosensor to solve modern issues from scratch over the summer. At iGEM’s Giant Jamboree in Boston that ran from October 31 to November 4, UBC’s team won two golds for their Paralyte-STX project.

“It felt surreal to actually get the news,” said Ariel Qi, a third-year physiology student.

Running in UBC’s Halem labs since 2009, the UBC iGEM team is annually given a kit of biological parts to modify and experiment with. The multidisciplinary team confronts this challenge from multiple perspectives, with students studying science, engineering, computer science, commerce and arts, working with supervision of PhD students.

“[iGEM]’s actually a combination of computer science and engineering and biology and I said ‘Oh, that’s a perfect match for me!’” said Emilia Chen — a third- year microbiology and combined computer science major. “I basically spent my whole summer in the lab.”

The lab work, though vital, turned out to be only one component of the project. Teams wanting to win gold have to meet specific criteria for the experimental process, modeling and human practices. This year, the UBC team’s topic of choice was reducing paralytic shellfish poisoning (PSP) along BC’s coast. Contaminated shellfish has become a recent issue due to the climate crisis causing an increase in algae blooms that produce saxitoxin, a potent neurotoxin.

“There is a huge problem in the shellfish industry,” said Samuel King — a third-year honours biology student. “Some smaller fishing communities don’t have easy access to shellfish testing. The amount of poisoning cases have increased in recent years, so we wanted to come up with a solution ... that was our vision: a device that people could just take straight to the shoreline and test onsite.”

Their project, Paralyte-STX, focused on understanding how their biosensor adapts with different toxin amounts or how strong the biosensor is. The purpose of their experiment was to check DNA extracted from organisms living with harmful algal blooms for parts that respond to the toxin.

As part of their research, the team reached out to those currently dealing with PSP concerns.

After talking to Dr. Reza Afshari of the BC Centre for Disease Control, the team visited the Canadian Food Inspection Agency (CFIA) and sea shore residents.

“We actually talked to local Indigenous communities about their food safety issues in their local areas and what it means for them to have that testing device. Instead of having to send their samples to the CFIA, which takes a long time, it would be more helpful if they had something to give them a result in thirty minutes,” said Qi.

While the team relishes their victory, the end of the Giant Jamboree has not quelled the team’s passion. Though the club plans to submit a new project with new members next year, they hope to continue with the Paralyte-STX as they approach a new discovery.

“We still have yet to annotate the actual gene sequence we got back,” King said. “... But we believe due to our experiences that we almost definitely discovered something that actually responds to the toxin — likely brand new and never seen in [the] literature before. So that’s cool.”

Ariel Qi has previously contributed to The Ubyssey.