Allergy rates in immigrants increase the longer they live in Canada 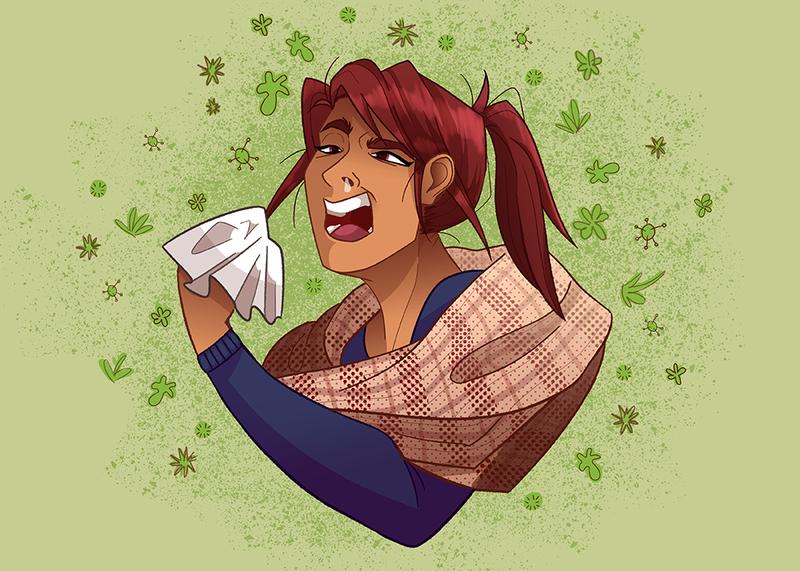 Immigration, if you hadn’t noticed, is a big issue in the news these days. But once immigrants arrive in Canada, how do they fare? New UBC research has some answers.

Research associate Dr. Hind Sbihi researches environmental factors and their impact on the health of the population, specifically respiratory health. Sbihi and Angela Yao, a PhD candidate at the school of population and public health, became interested in the “healthy immigrant effect.” This effect refers to a trend where new immigrants to Canada are healthier than the Canadian population but over time and successive generations, their health as well as that of their children and grandchildren tends to decline.

Sbihi and Yao have been conducting research concerning the health of immigrants to Canada. The study observed the presence of non-food allergies, predominantly respiratory allergies, in relation to one’s immigrant status — non-immigrant, recent immigrant and long-time immigrant.

“We have looked at all immigrants — we haven’t looked at one type of immigrant. We didn’t say we’re just going to look at Asian immigrants. We have looked at every single person, whatever the country of origin is, and have looked at what happens to their non-food allergies. Do they plateau? Do they stay the same? Do they lower? Do they increase?” said Sbihi.

Their research focuses on non-food allergies, like asthma and other respiratory allergies, as opposed to food allergies which Sbihi believes are more commonly reported in the media. The nationwide survey supports the idea that immigrants have a lower prevalence of allergies than non-immigrants, but this gap decreases the longer immigrants are in their destination country. Researchers don’t know if or how this happens.

This leads to a bigger conversation about how Canada can help immigrants make easy and safe transitions to their new environment. According to Sbihi, the best thing to do is broadcast this information to the public and greater academic and medical community. Many studies which create new data are kept within the academic community.

Sbihi recommends more funding by the government in order to continue conducting research, particularly to provide preventive measures and understand the early development of allergies in babies. An additional solution would involve general physicians and family doctors incorporating this knowledge into their practice when working with immigrants to encourage a successful, healthy adaptation to the new environment.