Growing up in a pandemic: Why your immune system needs viruses 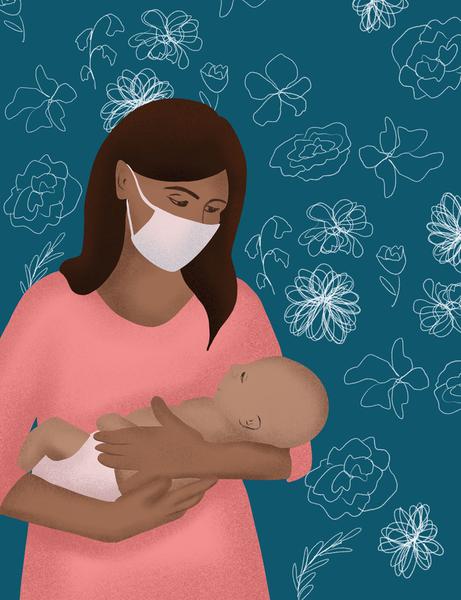 “While getting colds is not fun, this actually serves a good purpose in keeping our immune systems active.” File Lua Presidio

For parents, the pandemic presents health implications beyond the threat of contracting COVID-19 itself.

Public health policies that have been implemented to prevent the spread of COVID-19 have also limited exposure to commonly encountered viruses and bacteria. Experts, including UBC Professor of microbiology and immunology Dr. Brett Finlay, aim to address the potential consequences of this “immunity debt” in children and their developing immune systems.

Paying back your (immunity) debt

Over the past year and a half, COVID-19 prevention measures have become “the new normal.” To mitigate the spread of the novel coronavirus, policy changes span the globe — and our classrooms.

Updated health and safety measures from the provincial government for the 2021/22 school year have included non-pharmaceutical interventions (NPIs) like daily health checks, teaching children to wear masks and wash their hands, discouraging the touching of shared items that may be put in the mouth, practicing social distance measures and the regular disinfection of shared surfaces.

In a review published earlier this year, the Pediatric Infectious Disease Group (GPIP) in France defined “immunity debt” as “the lack of immune stimulation due to the reduced circulation of microbial [species] and to the related reduced vaccine uptake.”

Microbial species, or microbes, include viruses and bacteria, and exposure to these agents is believed to help bolster the innate immune system (our body’s first line of defence against pathogens) to allow for a more efficient immune response when future pathogens are encountered. This process is known as “trained immunity.”

The “training” of the immune system is particularly important during childhood as microbial exposure tends to be more frequent during this period. The GPIP wrote that kids who were exposed to viral infections early in life exhibited a “more effective” development of trained immunity compared to those who experienced these viral exposures as adults.

The authors of this self-acknowledged “opinion piece” aimed “to discuss various situations that could lead to larger epidemics when the [NPIs] imposed by the SARS-CoV-2 epidemic will no longer be necessary.”

They claim that the development of “susceptible populations” due to a lack of immune stimulation could pose a risk for future epidemics. This perspective is not unique to the GPIP: a PNAS research article from last December predicted future large-scale epidemics due to the NPIs put in place to reduce the risk of COVID-19 transmission. The authors suggested that these outbreaks stemming from susceptible populations could further burden the health care system.

Sick of getting sick

In an interview with The Ubyssey, Finlay echoed this concern of increased illnesses following the pandemic, especially for “COVID babies.”

“I think everyone has been deprived of the normal colds and stuff we see. So I’m sure once COVID [lets up], there’s going to be a massive outbreak of colds and flus and [respiratory syncytial viruses (RSVs)] and all the standard … diseases we get because we haven’t got them for the last couple of years,” he said.

“While getting colds is not fun, this actually serves a good purpose in keeping our immune systems active.”

We’re seeing evidence of these trends now. An outbreak of respiratory illnesses, including RSV, in New Zealand saw 46 children hospitalized — many of whom were infants. This development follows a 98 per cent reduction in RSV cases last year, with this year’s number of RSV infections “dwarfing” that of previous years.

RSV is a virus that causes infections of the respiratory tract that often manifest as mild cold-like symptoms in adults, but can result in pneumonia and bronchiolitis (the inflammation of the lungs) in some children, especially premature babies, babies less than six months of age and children with weakened immune systems.

Similar RSV outbreaks were observed in the Southern United States and were reported in an official health advisory by the CDC. Cases for this disease usually spike in the winter, making these summer outbreaks unusual.

“We’re seeing big outbreaks of RSV which is a major problem in younger children, because they’re immune naïve,” said Finlay. “They haven’t seen this thing for two years … These are new things for these new immune systems. And so it’s not equipped to handle these.”

No outbreaks have been observed in Canada, but a recent report suggested that a resurgence of RSV may still be on the horizon.

According to the GPIP, “the longer these periods of ‘viral or bacterial low-exposure’ are, the greater the likelihood of future epidemics.” They explained that there is now a larger pool of individuals at risk because they have not been able to build up immunity to common viruses and bacteria.

The first year of life, especially the first three months is “really, really critical” for the development of the immune system, according to Finlay. He explained that due to COVID-19 prevention measures, newborns may not be getting the necessary exposure to microbes for proper immune system development, which may lead to longer-term consequences, such as asthma, allergies and other immune diseases.

Though microbes have gotten a bad rep over the course of this pandemic, our bodies are home to numerous different types of viruses, bacteria and other microbial species that make up our “microbiome.” The microbes that live in our gut, skin, reproductive organs and other regions play important roles in the proper functioning of our bodies and our health.

According to a paper by Finlay and colleagues published earlier this year, the decrease in exposure to microbes and reduced microbial diversity in our bodies is part of a pre-existing trend compounded by the COVID-19 pandemic.

The concern is that the “immunity debt” brought by the pandemic may have lasting impacts associated with alterations to the microbiome. The human microbiome is implicated in many diseases not traditionally associated with microbes and the immune system; thus, Finlay explained, this dysregulation of our body’s microbes could have various health implications.

“We and many others have showed that microbes … play a major role in programming our immune system to be normal,” said Finlay.

“In the last decade, we realized that microbes [have] an amazing amount of effects on human health and disease. They affect obesity, they affect asthma, they affect autism, they affect Parkinson’s, they affect Alzheimer’s disease ... [Of] the top ten reasons why you’re going to die, only one of them is officially microbial: pneumonia. But nine of the ten actually now have strong microbial links.”

So what can parents do for their children in the midst of this “immunity debt”?

Finlay suggested a healthy diet (or breastfeeding for newborns), having a pet in the house, keeping vaccinations up to date and getting kids outside to playgrounds.

Parents could also consider sending kids back to sports clubs and community centres when it is deemed safe to do so by their local health authority.

Extracurricular activities are “being overseen with guidelines around keeping kids as safe as possible given the circumstances,” said UBC Associate Professor Dr. Mariana Brussoni last fall during the Growing up in a pandemic: Health and resilience in kids webinar hosted by the UBC Faculty of Medicine.

Given these guidelines, Brussoni called these extracurriculars a “viable option,” and said “parents need to make their own decisions around what they’re comfortable with.”

Regarding outdoor play, Brussoni noted that parents should ensure their children have safe and stimulating spaces outdoors to play in, along with time to play outside every day and freedom from adults.

“Playing in and of itself is quite critical for kids to be able to work through their stress and anxiety,” she said.

“Some of the best ways to do this is actually to provide loose parts, things like sticks, stones, mud, crates, tarps, those sorts of things [children] can move around and allow their imagination to shape the play.”

Brussoni also suggested the parents form a social bubble with other families. “Being with other kids is quite an important part of play,” she said.

At the moment, the immune implications for children raised in a pandemic remain elusive.

Medical conditions such as allergies and asthma often do not manifest until children are preschool- or school-aged. “So even if they’re being affected during this last year, you’re not going to see this increase in allergies till three to four years from now,” said Finlay.

Although further consequences of the pandemic on developing immune systems are expected, it is too early to tell what those consequences will be and when they will be revealed.

Finlay and his colleagues outlined many questions that have yet to be answered in their paper. According to Finlay, these unprecedented times present an “amazing” research opportunity.

“Part of the reason I wrote that paper was just to point out that this is one of the most amazing experiments humanity’s ever going to do. And you can’t go back and repeat it,” he said.