In Tune With Your Brain: Neuroscience and the power of music 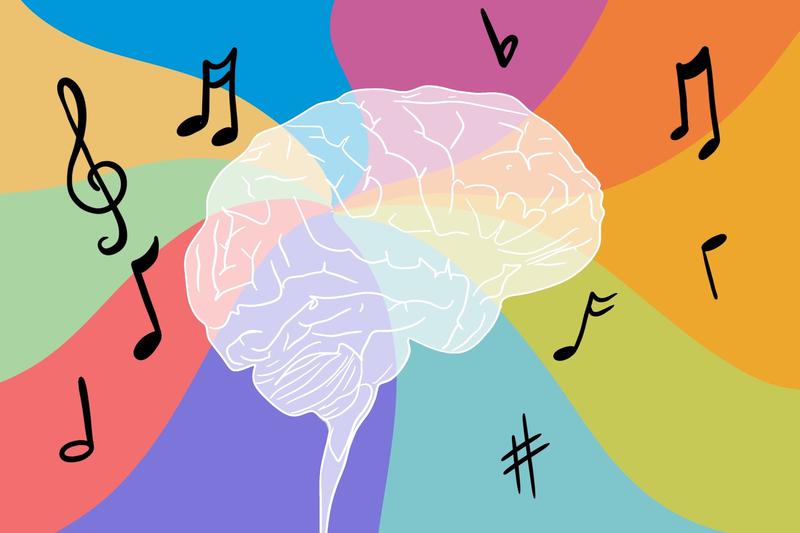 “What happens in your brain when you listen to music?” Lua Presidio

“What happens in your brain when you listen to music?”

Posed by graduate student and host Mikey Jose, this was one of the many questions asked at the In Tune With Your Brain Virtual Symposium held by UBC Brain and Music student group on May 15. The panel featured neuroscientists and musicians from across the globe and catered to viewers from over 21 countries. From spotlighted research to live studio production sessions, the seminar delved into the intricate relationship between music and the mind.

‘Why does music move us?’

The keynote speaker, Grammy-award winner and Assistant Professor in the department of music at Northeastern University, Dr. Psyche Loui, discussed how brain structure relates to our experience of music.

Her previous work investigated why some of us get “chills” when we listen to music. According to Loui’s findings, chills aren’t the only thing separating those music listeners from others — the very structure of their brains are different.

Individuals who get chills showed greater connectivity between key brain regions involved in hearing and emotion: the superior temporal gyrus (involved in auditory perception), the anterior insula (involved in emotional states) and the medial prefrontal cortex (involved in assigning subjective value to music and social processes).

The appearance of brain structures involved in emotion and social cognition, for Loui, can provide insight into the value of music.

Why do we have music at all? “Maybe it’s because music is a form of connection to other people,” said Loui. “Especially, in neuroscience terms, it might be because music is an auditory channel towards areas of the brain that are important for emotion and for social processing.”

The potential for music as a therapy for dementia was also explored in Loui’s talk.

She explained that dementia-related illnesses are complex disorders characterized by abnormal changes that range from the molecular and neural systems level to behaviour marked by memory and learning deficits.

Using an electroencephalogram (EEG), researchers can probe the integrity of our neural systems, by detecting wave patterns emitted from our brains. In older adults, brain rhythms that have fallen out of sync (or lost their “coupling”) have been observed to correlate with cognitive impairment and worsened working memory — the kind of memory used to organize information by temporarily holding it in your brain while planning out subsequent goal-directed behaviour.

Brain stimulation, through electrodes placed on the scalp, has been shown to improve the coupling of brain waves in older adults and their memory performance. Gamma light stimulation uses lights tuned to flash at a frequency corresponding to “gamma waves” in the brain and has been used on mouse models of Alzheimer’s disease. Here, gamma light stimulation was shown to improve memory deficits and reduce molecular markers of the disease (such as amyloid plaques).

Given this previous work, Loui and her colleagues have theorized that combining music-based interventions with gamma light stimulation could lead to greater therapeutic benefits for those suffering from memory impairment.

“Music is actually a very good way of stimulating the brain, and especially [since] music already intrinsically has rhythm,” said Loui. “So, this is one way in which music … can actually be translated towards novel interventions.”

Your brain on music

Boyd, a professor in the department of physical therapy at UBC, discussed music training as an inducer of neuroplasticity. For example, previous work has observed that the brains of avid pianists appeared to change their structure over the course of several years of consistent practice with their instrument.

“This is something we call neuroplasticity and that’s really an important concept when you think about why we might be having art in our lives,” said Boyd. “What might art and music be doing to our brains, in terms of changing it in terms of neuroplasticity?”

Currently, Boyd and her colleagues are researching neuroplasticity and music via the Wall Opera Project, an ongoing study looking at the effect of different artistic training regimes on brain structure.

As she wrapped up her talk, Boyd took a moment to discuss the importance of music in our communities, particularly in the wake of COVID-19.

“The arts have been absolutely devastated by this pandemic,” she said.

Boyd encouraged viewers to consider ways to invigorate the arts in their respective communities – a task, she argues, might be for the better of your brain.

“I don’t know where we would be without [the arts],” said Boyd. “And I would suggest to you without them, our brains would be much less healthy than they are for having them around us.”