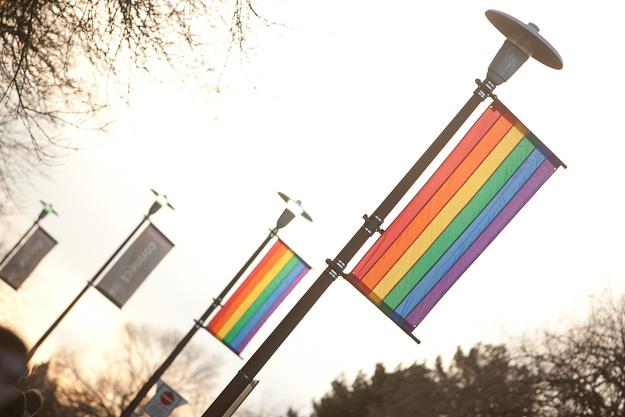 A recent study completed by UBC nursing professor Dr. Elizabeth Saewyc and the executive director of the McCreary Centre, Annie Smith, suggested that although there has been an overall decline in youth participation in sports, LGB teens are even less likely to participate in such activities. The study involved 99,373 youth from across BC, and is the first study to document sports engagement among LGB youth in Canada.

“This has given us a great opportunity to actually look at what’s been changing for LGB kids over time and is it getting better,” said Saewyc in a recent discussion on Roundhouse Radio.

The data — provided by the BC Adolescent Health Survey with research conducted by the McCreary Centre — showed that among lesbian, bisexual and straight girls, bisexual girls’ participation in coached sports had decreased more significantly in the 15-year time span from 1998 to 2013. For gay and bisexual boys, there was a drastic decline in participation in comparison with their straight counterparts.

“There hasn’t been that reaching out and that’s why young people have not seen themselves reflected in teams, or possibly in the behaviour of some of the coaches, or various things that might’ve gone unaddressed — so they haven’t felt welcome and included,” said Smith in an interview with The Ubyssey.

The study showed that this gap in athletic participation has grown over time. So how can this gap be closed?

“I think it starts most definitely at the school sports level … extracurricular sports level, and then goes right up to the professional teams and their responsibilities to make a safe and welcome environment,” said Smith.

She explained that it is important to not just create an environment where it is safe for teammates to come out, but for that to also not adversely affect their careers.

Organizations such as the NHL have started to create campaigns to make sports a more inclusive space. Creating a campaign like Hockey is for Everyone can make a real difference and hopefully encourage LGB youth to get involved in sports, whether informal activities or not, according to Saewyc and Smith. The Vancouver Canucks just recently hosted their “You Can Play” project, where the players wore pride jerseys during pregame warm-up, which received a lot of attention.

“This kind of change [in media visibility] takes a while to change hearts and minds and culture, and then that translates into policies and programs and support for kids,” said Saewyc in the same discussion with Roundhouse Radio.

Showing that sports teams can indeed be an inclusive space will hopefully bring more closure to the gap on sports involvement between LGB youth and their straight counterparts.