Making sense of scents: How your brain makes fall smell like fall 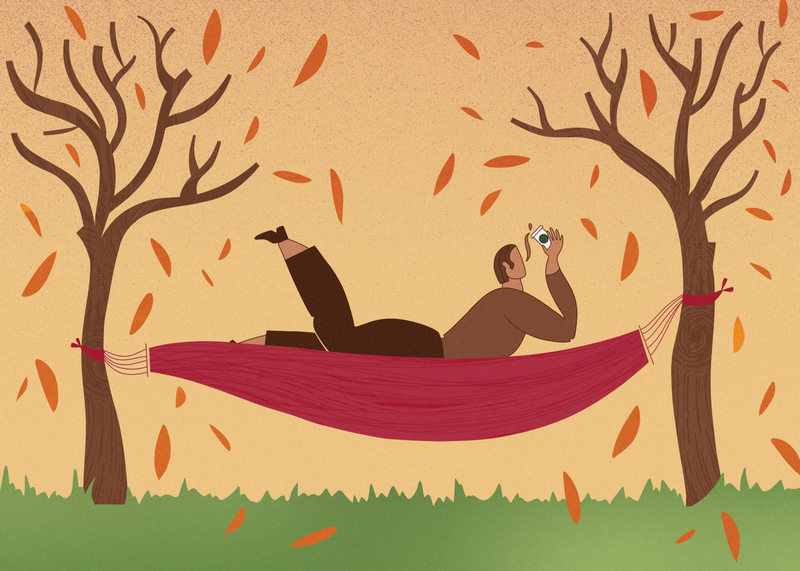 “Every time I smell that, it takes me back to [fall].” File Maya Rodrigo-Abdi

For many of us, the autumn season brings with it a ‘hallmark’ set of scents and sensations, ranging from pumpkin-spiced-anything to our favourite seasonal treats.

These associations can vary between people. For example, when first-year science student Delaney Webber thinks about her favourite fall smells, her mom’s freshly baked pumpkin treats come to mind, as does the smell of clove-scented pine cones that decorate her home this time of the year.

“Every time I smell that, it takes me back to [fall],” she said.

Webber isn’t alone. Many scents can be associated with the autumn season in part thanks to each individual’s lived experiences. The Ubyssey sat down with UBC professors and students to explore how our brains can create associations that govern how fall can smell like fall — and why you might have a hankering for pumpkin spice as you read this article.

From nose to brain

Our sense of smell is closely intermingled with emotion and memory, and is “one of the quickest ways” to change our emotions and mood, while also triggering recall of memories, according to an interview with Dr. Alan R. Hirsch, director and founder of the Smell and Taste Treatment and Research Foundation.

Given how tightly emotion, memory and smell are intertwined, it should be no surprise that past experience plays a crucial role in how we respond to certain smells, as was explained by Dr. Michael (Mike) Gordon, associate professor in the department of zoology. “A lot of our responses to smell are based on experience. So, while there are smells that produce innate responses that you don’t have to learn, a lot of what we perceive and the feelings that we get from smelling different things are from past experiences.”

“And it doesn’t necessarily really even matter what that unique combination of neurons is, as long as that is a reliable representation of that smell,” he said. “And then the activity of neurons gets associated, and then can take on values … or [elicit] specific memories.” Thus, associations are believed to be based on the way an odour was represented in the piriform cortex.

Similarly, a 2017 study in Cerebral Cortex suggested that the piriform cortex is involved in the process of encoding smells as short-term and long-term memories, emphasizing the role of this brain structure in building associations between odour and experience. Other brain regions are essential for creating these smell-based memories too. For example, in Hirsch’s interview, olfactory-associated nostalgia is described as the result of the combined efforts from the olfactory, limbic and hippocampal systems.

For students, the smells characteristic of the autumn season are personal.

To first-year science student Melanie Dean, the smell of fall is the “smell of rain probably [and] pumpkin spice.” But her favourite smells have more to do with memories linked to specific events, like baking pumpkin pie for Thanksgiving.

Webber described a similar experience. “[My mom] does a lot of baking with pumpkin and stuff around this time of year,” she said. To her, traditions like Thanksgiving create these associations and certain smells take her back home.

Dr. Frances Chen, an associate professor in the department of psychology, emphasized that smell is intertwined with memory and emotion. “Olfaction is a very primal kind of sense ... it is able to sort of bring up and trigger emotions pretty automatically [and] pretty quickly. It is associated with our memories in a very automatic way as well.”

Scent associations are likely developed early in our lives and increase as we age, creating stronger responses, according to Chen.

These scent associations serve as an example of plasticity in our brains. According to Gordon, it used to be thought that the neurons activated following exposure to a certain smell did not change, but new research has suggested otherwise. Recent evidence has shown that the neurons associated with a given smell “actually change dramatically over time, so that a month later, the pattern of activity in the piriform cortex is essentially unrecognizable,” said Gordon.

According to Chen, the context that surrounded the exposure to the scent is also an important component to consider.

“[Smells can] just have that very strong association due to that built-up repeated experience of being associated with something that was fun or comforting or just associated with something positive,” she said. This trend is also likely true for “strong, negative emotion” as these feelings get encoded into our memory “quite easily,” she explained.

There is still much to learn about how we interact with scent, but UBC’s best are on top of it.

“I really love the mystery of how the brain processes information,” said Gordon. “Fundamentally, how the brain works and how you’re producing these emerging properties like consciousness and perception is really very mysterious.”