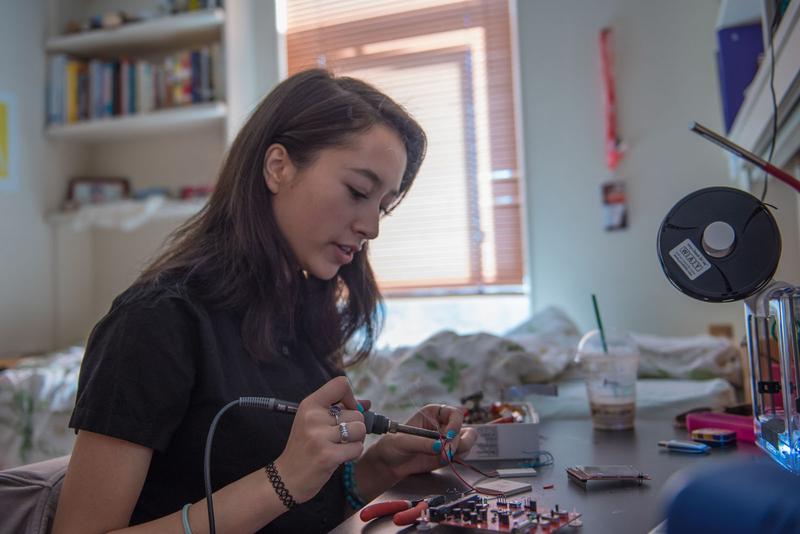 2017 is looking like a good year for Ann Makosinski, a second-year English major. Earlier this week, Makosinski woke up to text messages saying congrats. At first, she didn’t even know why.

Makosinski was named to the Forbes 30 Under 30 list in the energy category. She is the creator of the eDrink and Hollow Flashlight. The eDrink is a coffee mug that uses the excess heat of hot drinks to charge your phone. The flashlight uses the heat of a human hand to power a small LED flashlight.

Makosinksi joins fellow UBC student Michelle Kunimoto on Forbes’ list. Kunimoto was named to the science list for her discovery of four exoplanets that NASA missed.

“I hope all the media coverage I’m getting inspires new young inventors to create,” said Makosinski on what making the list meant to her.

Have you sassed Jimmy Fallon?

Makosinski, who incorporated her company —Makotronics Enterprises  — in October after her 19th birthday, is working on getting her flashlight a manufacturer and distributed, as well as patents and legalities. She said that the Hollow Flashlight could be on store shelves by the end of 2017.

Forbes is far from Makosinski's first high-profile award. She’s given five TEDx talks, and has appeared on Jimmy Fallon twice (during which she sassed Fallon out). Makosinski also won in her age group at the 2013 Google Science Fair, and was named to Time’s 30 Under 30 in 2013.

Until the technicalities of the Hollow Flashlight are ironed out, her eDrink invention is on the back burner.

Makosinski is also working on her first book which will be about innovators and include DIY projects. She has an agent and an interested publisher.