On the Origin of scientists: Martin Krzywinski 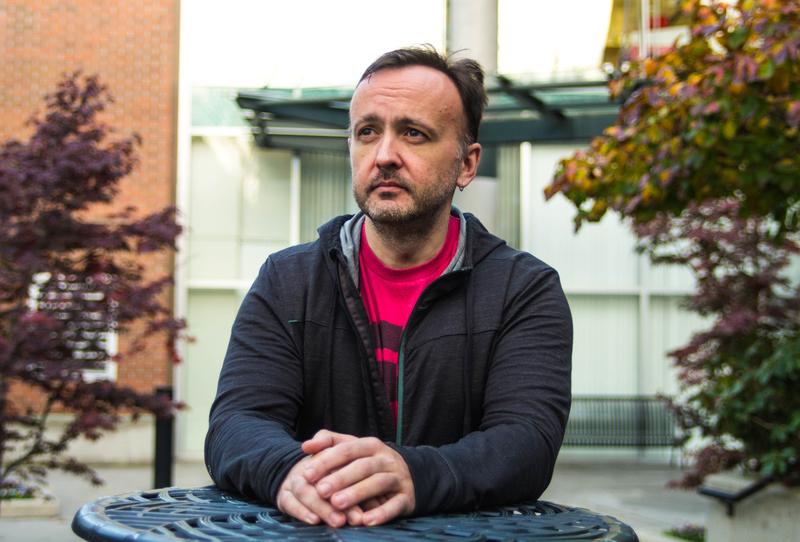 You’re an early-career scientist — a UBC undergraduate sitting in HEBB 100 or a graduate student thrown into an unfamiliar field — and your state of perpetual confusion stands in sharp contrast to your competent, confident mentors. Even the most eccentric of professors seem to always know what they are doing.

You assume that confusion does not befit the scientific expert. You try to hide your confusion and you stop asking “‘naive” questions, mimicking an expert’s all-knowing stance.

But Dr. Martin Krzywinski — scientist at the BC Cancer Agency (BCCA) and inventor of Circos and Hive plots — readily admits, “I’m always very confused by biology.” Rather than quelling his state of confusion, Krzywinski chooses to dive deeper into that experience.

Krzywinski finds that confusion is the first step in a process of knowing and discovery. Doubts can resurface throughout this process, but are purposefully lost on the outsider looking in.

“Science has to be communicated clearly, not in the same confusing state as it proceeds, because then nobody would understand any of it. Creating clarity is a confusing process,” he said.

For the better half of 20 years, Krzywinski created visualizations for genomic data collected at the BCCA. Results are only as robust as their statistical significance, so Krzywinski relied on the math he took for his master’s in physics degree to ensure he was depicting accurate data. His work became widely recognized, and he now helps scientists worldwide better communicate their data by writing two columns for the academic journal Nature Methods. In one of the columns, called Points of Significance, he explained statistics in a relatable way for biologists and uses Points of View, the second column, to explain visualization.

When writing about statistics or making artful depictions of biological data, sometimes Krzywinski can simply sit down and create. “I’ve been doing it for so long that there’s stuff that comes out of me,” he said.

Other times, he must learn new skills to be able to produce high-quality products. He too, like fledgling scientists, struggles to fill in the gaps. “When something is really hard, I am not in ‘the zone.’ It is like walking uphill and every step is painful because I don’t know what the next step is. Things don’t work. But that process, that deep confusion, is what allows you to develop the intuition so you can be in the zone at other times,” he said.

Krzywinski retrospectively refers to his career as a continued attempt to think about his own logic-gaps. “You are born one giant, big gap. There is no structure around this gap — the gap is endless and you just keep piling in gap-filler until you create something that is like a person,” he said.

“And nobody cares about what I don’t understand!” said Krzywinski “They always care about filling in the holes and filling in the gaps.” In his view, the external pressure to learn more is inevitable. It is up to each scientist to internally motivate themselves to communicate explicitly to others exactly what they do not know — to speak clearly about their confusion.

For those that find discomfort in saying “I don’t know,” Krzywinski asks that we reexamine the feeling in the context of an open and collaborative scientific environment.

“What’s uncomfortable is thinking that I know more than I do,” he clarified. “Actually, saying ‘I don’t know’ is very safe.”

What more can early scientists ask for than to be part of an institution where “I don’t know” is a safe statement? Hopefully, mentors like Krzywinski will continue to encourage us to lay bare our confusions, and then how we overcame them. The more we expose our thinking process — the only tangible way to guarantee that one has a process of discovery rather than random guesses — the more we will gain the confidence of other intellectuals in our path to expertise.