Stop reading this article in class 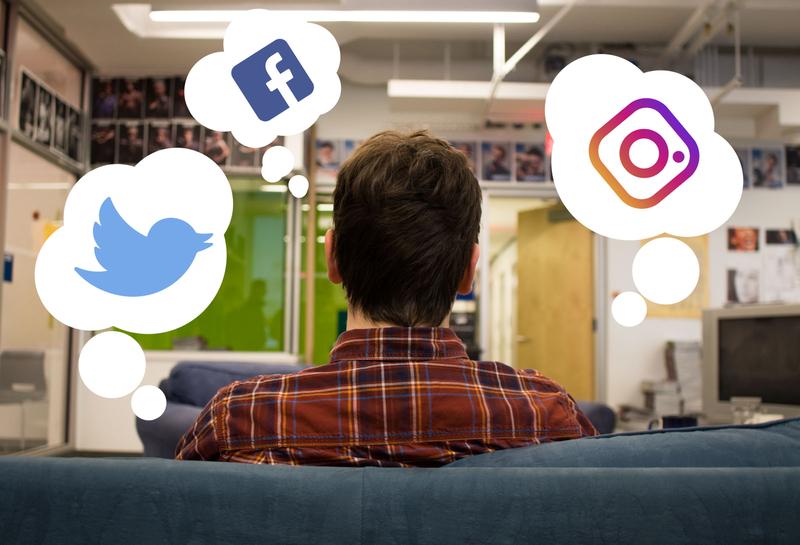 Here’s the problem — your professor is lecturing and you should be taking notes, but you’d much rather collect memes on Facebook or reply to your friend’s text. Your smart solution? Do both at the same time.

Except that might not be the smartest thing to do.

Media multitasking in the classroom involves using a media device — like a phone or laptop — while simultaneously attempting to learn classroom material. A common myth of multitasking is that it allows people to kill two birds with one stone, accomplishing more things in the same or shorter amount of time.

Alessandra DiGiacomo, a PhD candidate at UBC’s Brain and Attention (BAR) Lab, said that working on multiple tasks at once can actually be quite inefficient.

“If the first task is something that requires a lot of thought or reflective thinking, then you’re pressing stop on an energy-intensive process and it’s really inefficient to do that. Task-switching requires a lot of energy and so the idea, from an attention standpoint, is that focusing on one thing at a time is more efficient,” said DiGiacomo.

When you media multitask while studying or attending lectures, you divide your attention between media devices and your learning environment. By focusing on two or more tasks, you have less attention devoted to each individual task and your efficiency for each task drops overall.

DiGiacomo added that media multitasking often doesn’t feel any less efficient. “It feels good to think that you’re being efficient. If we think that we can be equally effective doing two or three things at once, why not go for it?”

Multiple studies found that higher engagement of media multitasking was associated with lower GPA. Another study found that students who text messaged while reading a passage took longer to read the passage, but they did not have worse test performance than students who did not text while reading. The majority of studies so far have found that media multitasking is related to poorer academic outcomes, study-related attitudes and perceived academic learning.

There have also been links relating media multitasking to poorer social and emotional functioning. Youth who reported high levels of media multitasking showed poorer health and more sleep problems. It’s possible that increased media use is associated with lower emotional control and displaces face-to-face interactions with others, which may then impact students’ health negatively.

However, it’s incorrect to assume that media multitasking directly results in lower grades or worse functioning. The effect of media multitasking on learning also varies depending on the type of media used. One study has actually found evidence for some benefits of the practice. The researchers argue that people who media multitask may have a bigger breadth of attention and be better able to combine multiple streams of sensory information together.

“Having said that, in terms of media multitasking specifically, there’s a lot of articles that have looked at efficiency in [task switching], but there’s still a lot more to learn about that, so we really don’t know very much about how efficient we are at we having two tabs open at a time compared to trying to write a paper while we have two tabs up,” said DiGiacomo.

“There’s a lot more that needs to be done to tease out the deficits with each specific type of task.”

It’s possible that watching that cat video while taking notes could impact your exam grades. But what’s more likely is that you’ll have difficulty focusing on both. Either way, to get the best out of both worlds, you might want to attend to each task on its own.