A Nobel legacy: Michael Smith was a trailblazing researcher and champion of science literacy

The symposium began with a panel presentation on Smith’s life and career. Courtesy Alexander Kim

October 1 marked 25 years since Michael Smith won the Nobel Prize in chemistry for his work at UBC. Smith, who passed away in 2000, is most well-known for his research in gene manipulation, which represented the first time biochemists were able to pinpoint and change specific genes in DNA.

Smith was born in Blackpool, England and came to Canada for a post-doctoral fellowship at the BC Research Council. There, he was mentored by Nobel Prize-winner Har Gobind Khorana before becoming an associate professor in UBC’s department of biochemistry. After a stint working with two-time Nobel Prize-winner Fred Sanger in England, he returned to UBC as a world leader in molecular biology. He then went on to publish the paper that eventually won him the 1993 Nobel Prize in Chemistry.

Before his discovery, there was little way to alter specific genes outside of selective breeding. Scientists would experiment with gene mutations by bombarding DNA with radiation — and while this got results, it wasn’t effective at altering specific traits.

Smith’s work opened the field of gene therapy and led to the identification of genes associated with cystic fibrosis, sickle-cell anemia and hemophilia, among others.

Smith’s legacy was highlighted at an event for the 25th anniversary of his Nobel Prize win on the morning of Monday, October 1. Several hundred people gathered on the second floor of the Nest for a symposium featuring Smith’s life story and lectures from leaders in biotechnology. The following day, dozens of high school students also participated in lectures and lab experiments at the Michael Smith Labs and the Life Sciences building.

At the symposium, people buzzed about the presence of Feng Zhang, a biochemist celebrity who even the unscientific among us have heard of for his paper on CRISPR — a discovery in gene manipulation that furthered the field Michael Smith initially explored. Former colleagues then shared stories about how Smith used his name to recruit high-profile scientists, his laid-back personality, how he carried his shiny new Nobel Prize medal in a plastic bag that he then lost and found. Many of the audience members conducted research in labs that he aided through the prestige associated with his name. 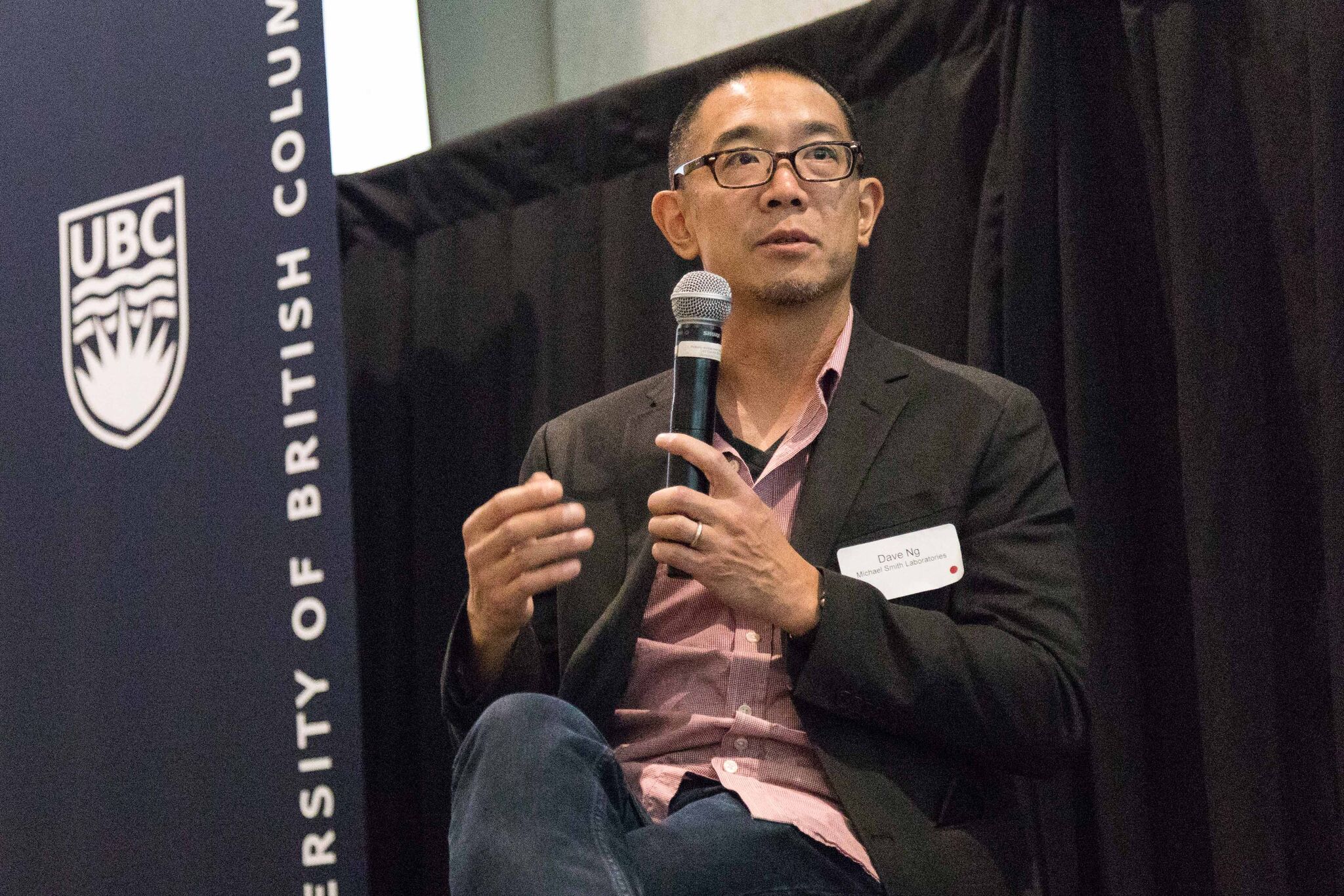 "I don't think it's an accident that he's iconic in BC," said David Ng. Courtesy Alexander Kim

But Smith was not just occupied with research.

Smith thought that science education should be available to everyone. This value informed his greater vision: a scientifically literate society in BC whose science education went from grade school through college and beyond.

He wanted students to learn the hard facts and understand the culture of science, advocating for young people to experience science in actual labs and get a taste for the community they could one day join.

“He was a really good guy. I don’t think it’s an accident that he’s iconic in BC,” said David Ng, the director of the Advanced Molecular Biology Laboratory at the Michael Smith Laboratories.

Ng also thinks Smith created his position — untethered to any department — on purpose. It allows him the freedom to work on all the aspects of public education, from coordinating field trips, to designing curricula, to working on Pokémon-style card games about biodiversity, to educating priests about stem cell research, to organizing STEM camps for girls.

“He became a huge spokesperson for science in the local context once he got his Nobel Prize,” said Ng.

Smith then donated all his Nobel Prize winnings to schizophrenia research, Science World BC and the Society for Canadian Women in Science and Technology. He also used his name to bring leading researchers to campus and advocate for building up the BC sciences infrastructure, including founding UBC’s Biotechnology Laboratory now named the Michael Smith Laboratories.

“We want to highlight the fact that ... there has been some amazing science and we’re excited for the next 25 years,” Ng said.