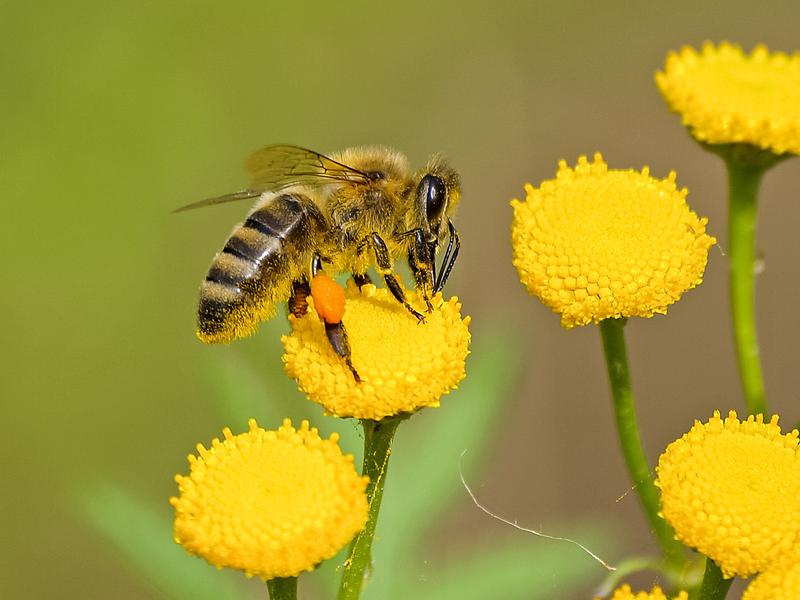 “Really what we want is for people to focus on outcomes, not just intentions.” Pixabay/Pexels

The slogan ‘Save the Bees’ can be found everywhere, from T-shirts to stickers on laptops and Nalgene water bottles. The sunny phrase signifies environmental awareness, but begs the question: save the bees how?

This type of ecological messaging is a benign example of what a new study, which included research by UBC Okanagan’s Dr. Clayton Lamb and Dr. Adam Ford, termed “misplaced conservation.” The phenomenon covers a wide range of concepts, from ineffective conservation tactics to active disinformation. Misplaced conservation can be found in governmental policy, nonprofits and even viral Facebook fundraisers.

The study used the field work case studies of an international team of researchers to outline ways in which misinformation and competing interests may impede biodiversity efforts.

According to the authors, misplaced conservation can “alienate partners and disrupt partnerships, waste resources, misinform the public, and (or) delegitimize evidence.”

In other words, even those who care about biodiversity and aim to help may be unintentionally harming their own cause.

Some environmental causes may focus their efforts on awareness campaigns. For example, it might seem obvious that if more people knew about the climate crisis, they’d be motivated to do something about it. However, according to the study, learning about an issue does not necessarily translate into tangible action.

“Really what we want is for people to focus on outcomes, not just intentions,” said Lamb. “If we decide to do something for biodiversity, we expect that to have a measurable positive effect for wildlife, and if it doesn't, we need to reconsider where we’re putting our efforts.”

The study claimed that while raising awareness is important and often inexpensive, it may inadvertently come at the cost of more impactful — and more expensive — biodiversity gains.

“There’s no problem in starting where we can, but I think there are cases where we can use up social capital,” said Lamb.

Awareness campaigns may lead people to think that plastic straw pollution, for example, is the primary threat to marine biodiversity (it’s not). This money, time and attention real estate could go towards more effective and accessible tactics, such as policy solutions to overfishing.

This is not to say that small actions are not worth it. However, Lamb emphasized that it’s important to communicate the true scope of biodiversity issues — and to not place the onus of responsibility on individuals over institutions.

The study positions misplaced conservation within a larger trend of misinformation, media polarization and “alternative facts.”

“I think that the misinformation [and denial surrounding] COVID was really no different than any of the case studies we highlight,” said Lamb.

While many misplaced conservation instances are well-intentioned, others may be deliberate. Finding the distinction between benign error and ulterior motive is an important area for further study.

“If people truly want to do their best and they get on the wrong path, then just adding better information to the pool should solve that as long as we can amplify that information enough,” said Lamb. “Whereas if most of these are intentional, and there are actors that truly have no interest in solving biodiversity, then the challenges are much greater.”

Similar to climate crisis denial and COVID-19 anti-mask protests, lack of effective scientific communication and lack of public trust in science are not easy problems to solve.

“When the science doesn’t have a voice, one more scientific paper won’t quash a whole culture of misinformation,” said Lamb. “So it’s about elevating the role of science and evidence in these discussions.”

The study recommended an increased focus on transparency and cooperation in conservation decision-making. That includes bringing local interests and Indigenous perspectives into conservation policy decisions. Researchers also emphasized coming back to the data about ecological welfare at every step of the process.

“We need to work together on the 90 per cent of goals that we share in common, as opposed to focusing on the 10 per cent of issues where we disagree,” said Ford in a press release.

“There are many clear wins for people and wildlife waiting to be actioned right now, we need to work together to make those happen.”