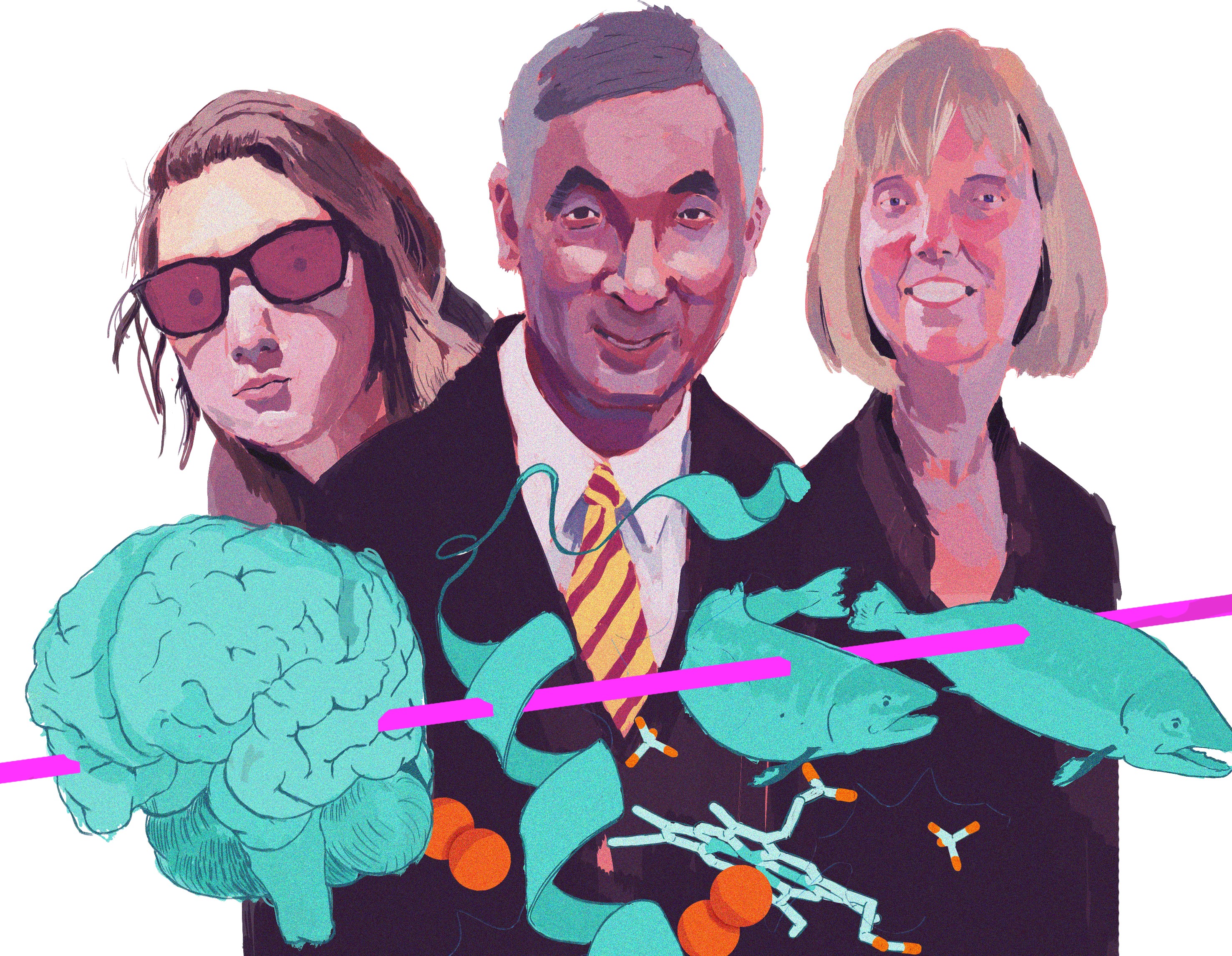 If you haven’t taken a moment this week to marvel at the breadth of scientific innovations occurring at UBC, do it now. On campus, researchers are in lab meetings gesticulating passionately about their muses — including genes in baby stickleback fish, risky decision making in mammals and proteins in milk.

But these curiosity-driven conversations would amount to nothing without necessary practicalities, the most important of which is funding.

In recognition of our world-class science, on September 8, the federal government announced that the University of British Columbia will receive $42 million to fund science and engineering research.

UBC’s funding is part of a Canada-wide initiative to support fundamental scientific research through the Natural Sciences and Engineering Research Council of Canada’s (NSERC) 2017 competition for the Discovery Grants program, as well as other scholarships and fellowships. A total of $515 million has been allocated to supporting the research of 4,000 scientists and engineers at 71 Canadian institutions.

“The recent funding announced by NSERC is absolutely essential to UBC. It is the lifeblood of natural and applied science research programs at our university and at institutions across Canada,” said Dr. Gail Murphy, vice president of research and innovation at UBC, in a written statement to The Ubyssey.

NSERC provides funding through various programs. The Discovery Grants program — which was the main focus of the UBC funding announcement — is targeted at fundamental scientific research.

Funding is meaningful at all levels — for graduate students, established professors and deans alike. However, the process of applying for funding and what the money will eventually be used for are varied. Three recipients of NSERC funding — PhD student Nicole Jenni, zoology professor Dr. Patricia Schulte and dean of land and food systems Dr. Rickey Yada — can attest to the diversity of experiences and research found under one funding umbrella.

In general, what does NSERC look for in a grant application?

“Something that is cool, something that is well planned out,” said Schulte, a UBC professor and researcher in zoology, and one of many recipients of the September NSERC Discovery Grants.

The application comes down to three main things — quality of research, track record and training. For the quality of intended research, scientists have to show that their research is exciting and answers an important question with a reasonable chance of success.

The track record of the researcher is also evaluated. Having done excellent research in the past is used as a potential indicator of the quality of research that a scientist will show in the future. The third aspect of the application is a record of training highly qualified personnel such as undergraduate and graduate students.

Each Discovery Grant lasts for five years and a scientist can only hold one grant at a time. Other scholarships from NSERC, like those for graduate students, can last two to three years.

To assist researchers in developing their proposals and applications, UBC provides a network of support services. Researchers can access grant development workshops and proposal reviews through faculty research advisors, the Office of Research Services and the Support Programs to Advance Research Capacity (SPARC) office.

“This allows UBC to work closely with our researchers not only to promote awareness of funding opportunities across all disciplines, but also to support individuals or groups when they apply to funding agencies,” said Murphy about the services.

Jenni, a current PhD student in the department of psychology, got a cut of the $42 million pie through a top-level NSERC graduate scholarship. Her research focuses on examining the different brain circuits that are involved in various behaviours, particularly risky decision making.

The funding that she received will go towards a series of projects that look at dissecting the different brain regions involved when engaging in risky behaviours, as well as the interactions between the regions.

Compared to the one-year NSERC funding that she received for her Master’s, the doctoral award that she received this September is allocated for three years of her degree, after which the university will cover the fourth year of funding.

Jenni received the highest possible level of funding available from NSERC for graduate students, which will have a significant impact on the types of studies she can run. With the extended time period of the funding, Jenni is able to plan more longitudinal studies rather than ones of shorter duration. Some studies can take years to be completed, so having extended funding allows for greater security when undertaking such projects.

Having the top level of funding has also given Jenni more flexibility in how she is able to spend her time, greatly reducing the stress caused by financial commitments. Extracurricular activities are important sources of morale for graduate students, a fact which is often not given the importance it deserves.

“Your commitments outside of the lab now become optional: whether I choose to TA, or how many hours I want to TA on top of that. I don’t need that financial support anymore to supplement my income,” said Jenni.

Given that Jenni applied for a graduate student award, her application required different criteria compared to that of a head scientist — called the principal investigator (PI) — of a lab. The awards granted to graduate students are allocated towards paying their salaries, whereas PI awards are used to fund the various projects in the lab.

As such, graduate student awards like Jenni’s are centred around three main criteria: a research proposal, conference abstracts and publications, and the applicant's leadership capabilities.

The application process for graduate students involves writing a research proposal and a few pages detailing leadership roles within the lab, in order to allow the agency to evaluate researcher potential and how the applicant lines up with the goals of the lab. Between the Master’s and Doctoral proposal, more writing is involved for the Doctoral proposal, which Jenni felt was helpful in allowing her to fully represent herself.

“You’re more free to titrate [the application] a bit more to yourself which I think for me worked out well, but it is definitely a bit more work. They didn’t limit word counts or limit your ability to do things, so that’s nice to feel like you really got everything out there,” said Jenni.

Given the emphasis on applicant’s contributions to research, Jenni’s advice to students is to get involved in research early and search out graduate students who have had success in the past to help with understanding the application process.

“When it works out, it’s well worth it,” said Jenni of the overall application process.

‘That’s kind of cool but what’s the point?’

When Schulte opens the door to her laboratory, an NSERC sticker can be spotted on the side of her lab equipment. Schulte is a professor in the department of zoology here at UBC, and her research project is one of the 192 projects at UBC funded through the Discovery Grants.

The focus of her research is how organisms respond to stressful environmental changes, and what makes one individual different from another within a species. Her lab works with species of fish that are economically important, such as salmon and trout, and with species like stickleback that aren’t economically important but are useful when studying changes due to stress.

“Think about climate change. We think forward to future climates which will be several degrees warmer than they are now,” said Schulte. “Are there some individuals within a population that will be more able to cope with those changes and are there others that are less able, and are there differences between them?

In the past, an NSERC grant allowed Schulte to use stickleback fish to understand the impact of the environment experienced by the mother on future generations of fish.

Researchers already knew that when stickleback mothers are exposed to stress, their offspring can have problems with learning and being able to avoid predators. Furthermore, past experiments were often performed on male offspring because female hormones complicated the experiments.

Schulte decided to take a closer look. Her lab exposed stickleback females to a stressor and fertilized them. They then raised the babies until they were adults.

What she came across was a surprise.

She noticed that the effects on the genes of the offspring were opposite in males and females. Genes that increased in females, decreased in males.

“It was always assumed that males and females react the same. Turns out they don’t. This is an example of something that you think ‘well that’s kind of cool but what’s the point?’ The point is that it changes the way we think when we approach our applied questions,” Schulte said.

From her research, predictions can be made about how populations of fish will react to environmental changes in the real-world.

Yada, dean of the faculty of land and food systems, is currently supported by a Discovery Grant awarded this past April, for research on the Structure and Function of Food Related Proteins.

With an extensive research career in food science spanning across UBC and the University of Guelph, he has also held a seat on the committee which reviews NSERC grant applications.

“The philosophy of NSERC is to drive a research program rather than specific projects. It’s curiosity driven research that has allowed me to bring teams of people together,” said Yada.

Yada began his career in research as a fourth year UBC food science student. Tasked with completing a research project, he fell in love with the ability to apply the fundamental sciences of microbiology and biochemistry to food. Following both a Master’s and PhD in food science at UBC, he moved to the University of Guelph as an assistant professor where during his first year he was a “grant-writing machine.”

He wrote his first NSERC grant application, which wasn’t successful. However, Yada attests this failure as the foundation for his success. “I’ve learned so much from experiments not working out. Failure hones your problem-solving skills.”

Fast-forward to today and Yada says that “research is my oasis in a day of madness.”

The NSERC grant allows Yada’s research team to continue their work on exploring the role of enzymes in food. Composed of one PhD student, one postdoctoral fellow, one research associate and four undergraduate students, his team investigates how to make food processing more efficient using enzymes — substances which allow biochemical reactions to take place.

“The best analogy is the cheese-making process — you’re looking at the conversion of a liquid to solid which is in part mediated by an enzyme. Certain enzymes are better at coagulating [milk] than others and our question is: why?” said Yada. 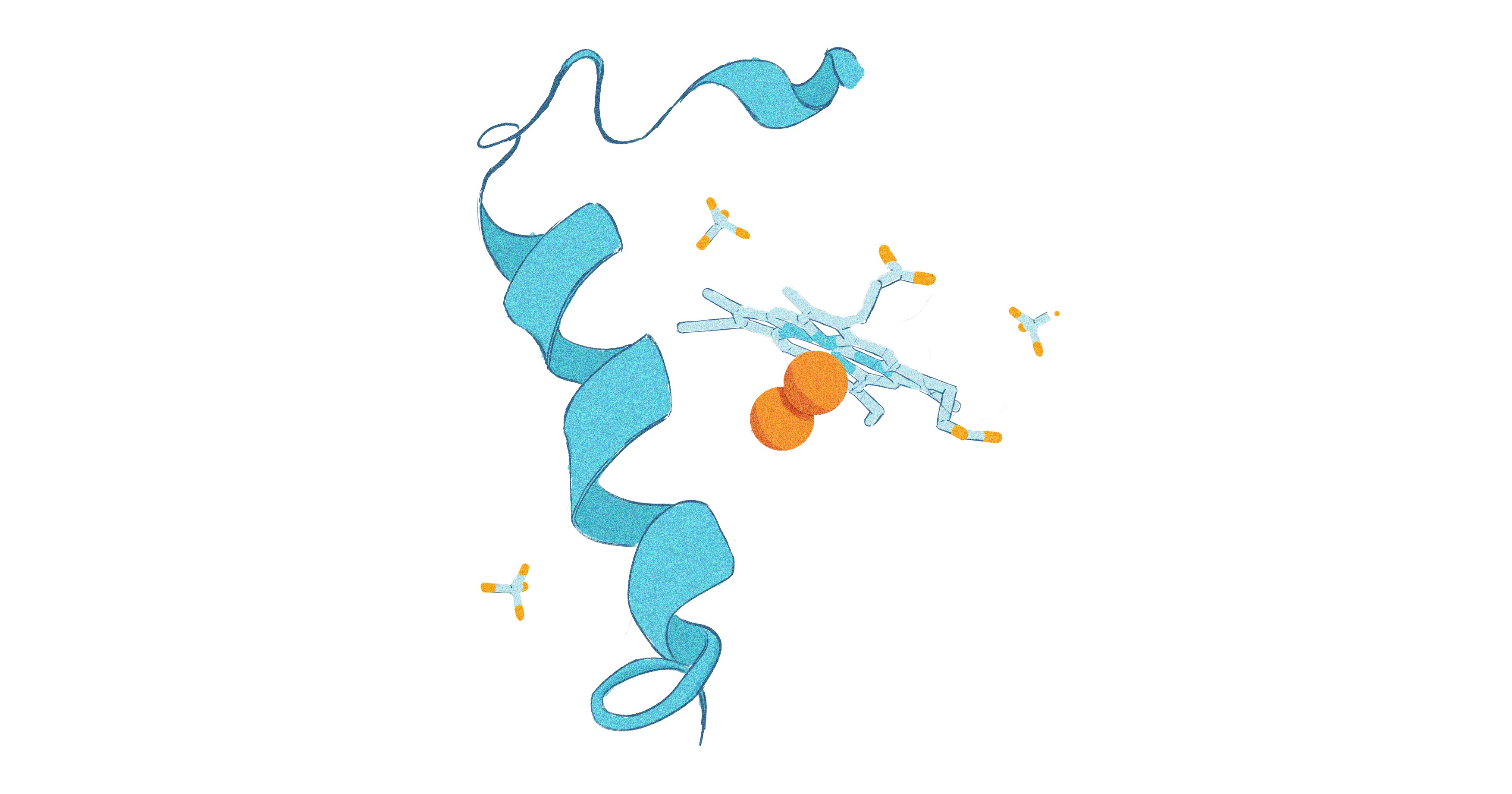 The challenge lies in the sensitivity of enzymes to environmental factors. “When you heat the product, or adjust the pH of the environment, you want the enzyme to work. But it doesn’t — so how can we make the enzyme more stable to environmental changes and tolerant to certain conditions?”

In exploring this question, it’s important to note the multidisciplinary nature of food science. One project, spearheaded by PhD student John Dupuis and postdoctoral fellow Brian Bryksa, is looking at a segment of a potato enzyme that has exhibited microbial activity with the use of skills across physics, biochemistry, and microbiology.

A day in the lab for Yada takes on a consultancy role, particularly in talking to the graduate students he supervises. He humbly admits, “They are inevitably way smarter than me. I’m just there to facilitate and generate ideas.”

Despite a busy schedule balancing his roles as a dean and researcher, it’s clear that Yada’s curiosity won’t be satiated any time soon. “Most researchers are cursed with the curiosity of why things work the way they do and that feeling still drives me today,” he said. “I love solving problems.”