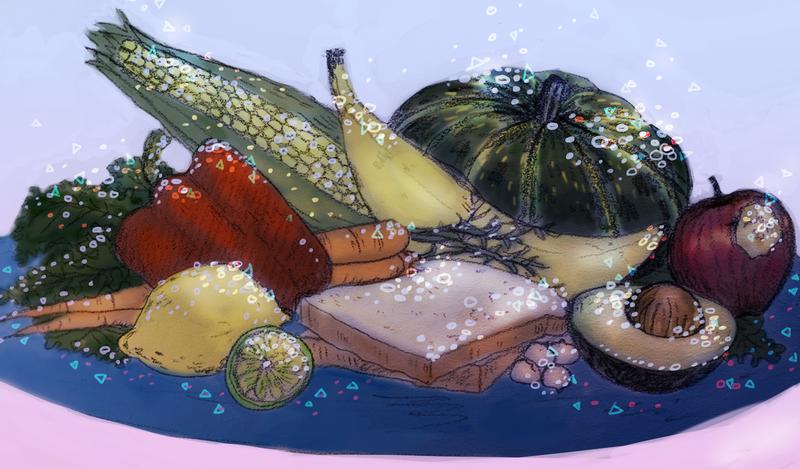 Hu set out with the objective of developing a faster method of detecting food fraud issues. She was able to test a sample of paprika powder using an NMR spectrometer

NMR spectroscopy is a process used to determine the chemical content of a sample. A magnetic field is applied to the sample, causing molecules to get excited. Once the magnetic field is removed, molecules return to their initial, unexcited state, releasing a wave of energy. The wave of energy released has the same frequency as the increase in energy induced by the magnetic field. Each compound emits a unique set of waves. In the same way police could use a fingerprint to identify a criminal, scientists are able to use frequencies to identify specific chemicals.

Using the data collected from the paprika, Hu isolated sumac red — a carcinogenic compound and a classic example of food fraud issue according to Hu.

Food fraud occurs when food items are substituted for cheaper replacements or mixed with chemicals, all without the knowledge of the consumer. Food fraud is an economic, moral and health issue because consumers pay for a product and receive one of lower quality. It can also be dangerous, as consumers unknowingly ingest food that they would otherwise not ingest for either personal or religious reasons and adulterated foods may contain illegal chemicals which lead to cancer, organ failure and other health issues.

Since the technique was completely new to Hu’s lab, she collaborated with a group from the NMR centre at Peking University in China. Hu said that the method she used was faster and less labour-intensive than the method traditionally used to detect specific chemicals in food.

After the success of her experiment, she hopes to generalize the method to other specific cases and food commodities. Food is not only adulterated by adding by individual chemical compounds according to Hu. Sometimes people replace one type of food with another, like replacing beef with horse meat.

To Hu, the most exciting moment throughout her journey was getting to shake hands with Canadian Minister of Science Kristy Duncan as she received her reward.

“UBC is one of the universities that has a collaboration with Mitacs,” she said. “Being a UBC student, I got this chance to be funded by Mitacs.”

Mitacs is a Canada-based organization which helps connect students to industries. They funded Hu's research in China and presented her with her award after she was nominated by her supervisor.

Correction: an earlier version of this article misspelled Mitacs as MITACS. The Ubyssey regrets this error.