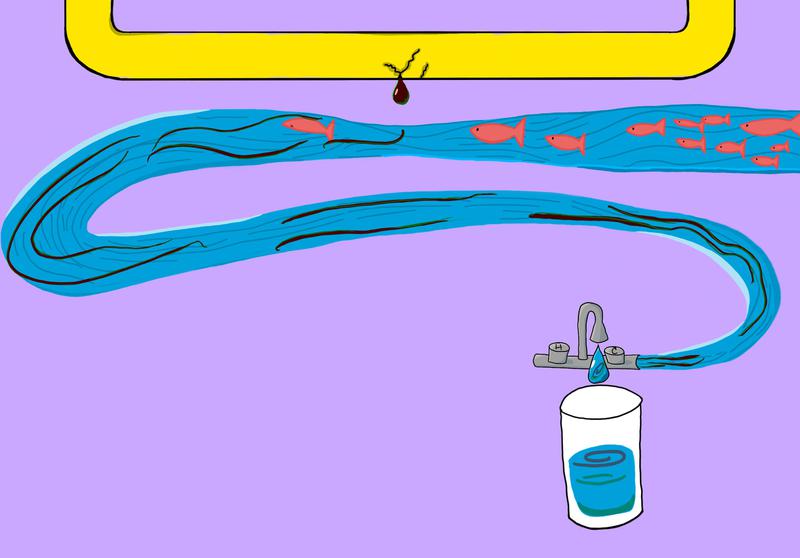 Fugitive gas emissions — the process of gas flowing outside the surface casing of an oil or gas well — are a major environmental concern. Cat Hartt-Towle

Emissions from leaky oil and gas wells can be heavily influenced by changes in atmospheric pressure, a new UBC study has found. However, current monitoring methods do not account for these fluctuations and may be leading to inaccurate measurements of methane emissions.

Fugitive gas emissions — the process of gas flowing outside the surface casing of an oil or gas well — are a major environmental concern that can lead to groundwater contamination, explosive conditions in the gases found between soil components such as minerals and organic matter and increased greenhouse gas emissions in the atmosphere. Without adequate monitoring, levels of gas migration may be over- or under-estimated, skewing the prioritization of remediating leaky wells.

The experiment, led by UBC geological sciences PhD student Olenka Forde, ran over the course of 24 days at the Montney resource play in northeastern British Columbia. The location has been home to considerable amounts of oil development since the 1950s.

For five days, thirty cubic metres of natural gas was continuously injected twelve metres below the ground surface. The depth and rate of well leakage, two major influences on gas migration, were controlled by the researchers to isolate the effects of barometric fluctuations. During and after gas injection, atmospheric pressure and leakage of methane (CH4) were constantly measured.

Forde’s team found that while increases in pressure inhibited the migration of soil gas to the atmosphere, “when barometric pressure decreased, CH4 effluxes rapidly increased, at times greater than 20-fold in less than 24 hours.”

Periods of increased pressure tend to compress soil gas and push natural gas deeper underground. During periods of decreased pressure, the previously trapped natural gas is more easily able to leak into the atmosphere. This phenomenon most heavily impacts sites with a deep water table, an area below ground where soil is permanently saturated with water.

Currently, vehicle- and equipment-based measurements are used to monitor methane emissions at a regional scale. These measurements do not identify gas migrations in individual oil wells. The study results conclude that multiple measurements must be made over time to ensure an accurate average quantification of fugitive gas emissions. Hydrogeological conditions and long-term changes in barometric pressure should also be taken into account when monitoring leaky wells.

Furthermore, in analyzing pressure deviation Forde’s team showed that “subsurface storage and barometric pressure fluctuations can lead to conditions that allow CH4 effluxes to occur after a leaking well has been repaired.” These findings are of special interest for monitoring abandoned oil wells.

Currently, 41.9 per cent of BC oil and gas wells are inactive or abandoned. Of the total number of wells in BC, only 17.4 per cent have been given a Certificate of Restoration document certifying that an abandoned well meets regulatory restoration requirements.

As of December 2018, there are 25,424 oil and gas wells in British Columbia. Approximately 30 per cent of BC wells have been found to be leaking. Of these leaking oil well sites, the top nine per cent were responsible for a majority of methane emissions. British Columbia is currently the only province in Canada that enforces oil well monitoring.