On the Origin of scientists: Disease detective Jennifer Gardy 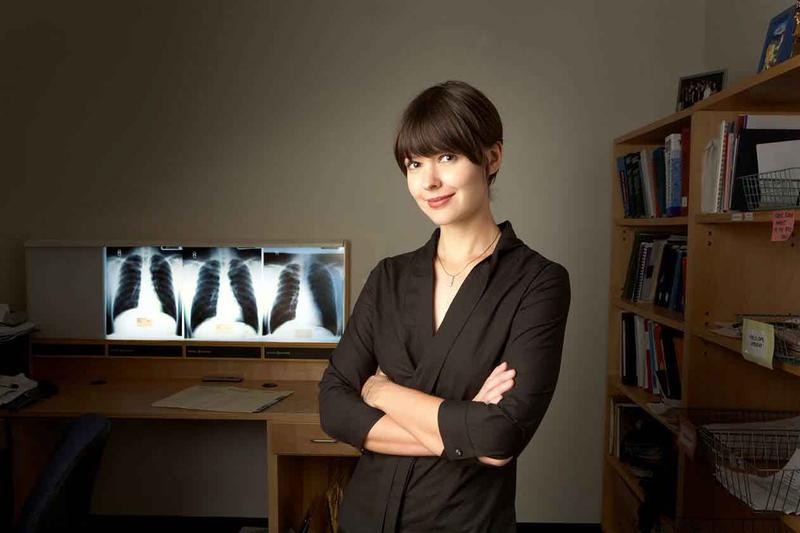 Dr. Jennifer Gardy’s titles — scientist at the BC Center for Disease Control (BCCDC), assistant professor at UBC's School of Population and Public Health, and a host for CBC’s The Nature of Things — demonstrate her incredible skill in both infectious disease research and scientific communication.

Early on, Gardy used her interests to guide her. She naturally found herself engaging in sci-fi as a young adult, reading books like The Coming Plague or The Hot Zone in her spare time, which helped to inspire her bachelor’s degree in microbiology.

She also read the UBC Science Society's newspaper, The 432, with regularity.

“The 432 was always hilarious and I thought, ‘These writers are funny people. These are the type of people that I would like to be friends with,’” she said.

Gardy decided to volunteer at the newspaper in the second year of her undergrad, forming an instant bond with the crew.

The notion that ... there’s no room for being creative, for including narrative, for thinking outside the box and doing your science in very different ways, is … phooey.

“Those guys are my best friends to this day. I had no idea that wandering into the office would have such a profound effect on my career and lead to all the science communication that I’ve done,” she said.

Once she finished her undergrad, Gardy was encouraged to take a biotechnology course by her advisor. It was an exciting and pivotal semester, and again, she paid attention to what piqued her interest.

She also devoted time to science communication by continuing to write for local newspapers, while trying to get her foot in the door in the TV world.

Gardy in an episode of The Nature of Things

Currently, each of Gardy’s workdays are varied, just like her skillset.

“On a perfect day, I get to do data analysis — I get to look for little clues, little footprints that were left behind in an organism’s DNA that tell us how exactly it might have moved through a social network,” she said.

However, as a principal investigator, most of Gardy’s time is spent disseminating information to the next generation of scientists. She meets regularly with her graduate student trainees to teach the techniques she created, discuss the writing of academic papers and sometimes has the odd grade eight student pop in for help on a project.

Gardy also works in the broader scientific community such as organizing conferences for groups like the American Society for Microbiology.

It was at one of these conferences where Gardy and a few fellow scientists first started throwing around ideas for Kitty Biome — a project that studies the bacteria that live in cats — in a silly Twitter account. Gardy welcomes these lighthearted experiences in her approach to science.

“The notion that science is a very logic driven profession — that there’s no room for being creative, for including narrative, for thinking outside the box and doing your science in very different ways — is … phooey,” she said.

Gardy credits her success as a scientist and as a communicator to having a breadth of knowledge in a variety of disciplines.

“I took all these funny, patchy skills that I picked up over the years, and squished them all together. I can look back every single little choice that seemed, at the time, totally opportunistic — I was following what was interesting, what I was good at or what was a nice logical opportunity — and all of those little things equipped me with such a broad array of technical skills and an appreciation for infectious disease,” she said.

Young scientists can find direction in Gardy’s methods. Interests can be used as a guide to where one might excel the most — interest often begets active creative thinking and creativity often leads to innovative problem solving. A career based on a broad array of interests, like Gardy’s pull towards both science and communication, is likely the best way of birthing something as fun and clever as Kitty Biome.