On the Origin of Scientists: Neuroethicist Judy Illes 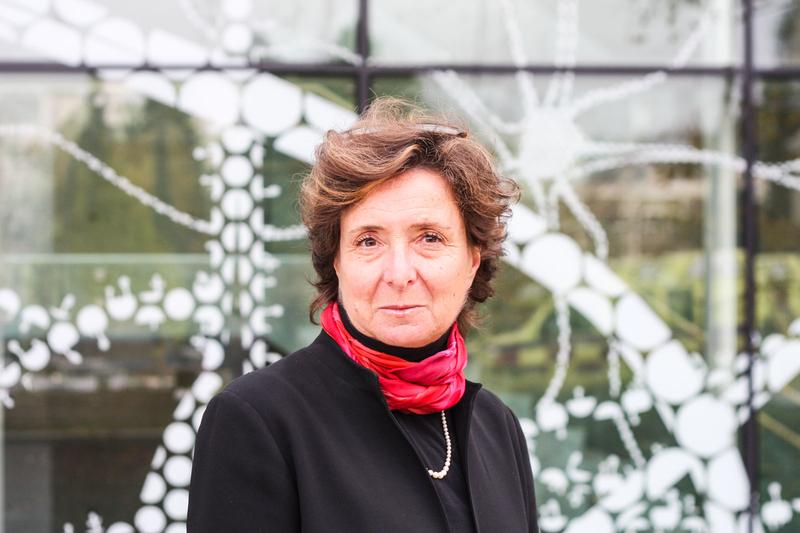 Sci-fi readers will know the eerie feeling of reading a book written decades ago that reads more like a premonition of our current lives than an imagined story. The “seashells” mentioned in Fahrenheit 451 seemed to predict earbuds, Brave New World’s soma intuits the invention of mood-altering medication and 1984 brought up mass surveillance before it was a true technological possibility.

Thinking about the societal effects of technological innovations can be an entertaining exercise for fiction writers and in daily social media conversations, but neuroethicist Dr. Judy Illes finds it critical to empower scientists — neuroscientists specifically — to take on this endeavour in a pragmatic manner.

She explained that discoveries in neuroscience have effects that are real and powerful, and need to be considered more analytically than as science fiction stories.

“[Neuroethics] isn’t fearmongering and it’s not attaching resources to things that will never really happen, because they do really happen. We know that incidental findings in the brain — significant ones — affect one to two per cent of the [general] population. For every one to two people in 100, there’s actually a thing in the brain that’s undetected that needs attention.”

Indeed, there has been a lot of fearmongering in the public domain about neuroscientific advances such as the possibility of mind-reading technologies. Illes and fellow scientists have the expertise to know which of the public’s concerns are valid. While mind-reading is far-fetched, functional neuroimaging — a technique that reveals signals of consciousness in some patients who seem to be otherwise unresponsive after brain injury — is a reality.

Illes initially trained in basic neuroscience by earning a doctorate in hearing and speech sciences. At the time, neuroimaging was an emerging tool. Through her education, she saw unaddressed ethical concerns with the technology and she was one of the first to address them as a professor at Stanford University.

Currently, a research group led by Illes at UBC’s National Core of Neuroethics continues to examine the important ethical implications of neuroimaging. With input from patients, doctors and palliative care experts, the ethics team hopes to provide a framework of thought for the uses of this technology.

Illes has a simple belief that trying to fix neuroethical dilemmas after they have occurred is much more difficult than trying to be proactive.

“Anticipated issues and solutions to them from inside the community [are] more powerful, meaningful and relevant than the regulations we would get from the external community in response to a bad event after the fact,” she said.

Illes knows that her background is uniquely valuable. “I’m a scientist-ethicist,” she said. “A neuroscientist-ethicist. I see myself with common goals, but coming at them or to them through a different path, different methodologies and different outputs than philosophy or legal-based ethicists.”

As a researcher, leader and mentor, Illes investigates a variety of neuroethical issues from pediatric data sharing, to cultural understandings of aging, to the effects of the changing environment on brain and mental health. On a personal level, she does not let her credentials excuse her from a commitment to conscious efforts to be an ethical scientist.

“What enables me to be as ethical as possible is always keeping in mind — not just on the back burner — to be thoughtful and authentic,” she said.

To this end, she is a strong advocate for an integrative and inclusive future for the field of neuroethics by building infrastructure to recognize scientists that currently go unnoticed. For one, Illes thinks that effective science communicators should be compensated — perhaps with credentials added to their job titles or monetarily — for their ambassadorial role with the public. Secondly, Illes hopes to provide more support to scientists, often women, whose steep learning curve of re-entry into a field after periods of absence is not accounted for.

To advocate for fixes to unseen problems is no small task. To devote a career to that task, however, is one of the key characteristics of a prolific scientist. With confidence and optimism, Illes will continue to bring her viewpoint to the table, lifting with her future scientists who have an eye for practical solutions to seemingly unreal, science fiction-like dilemmas.