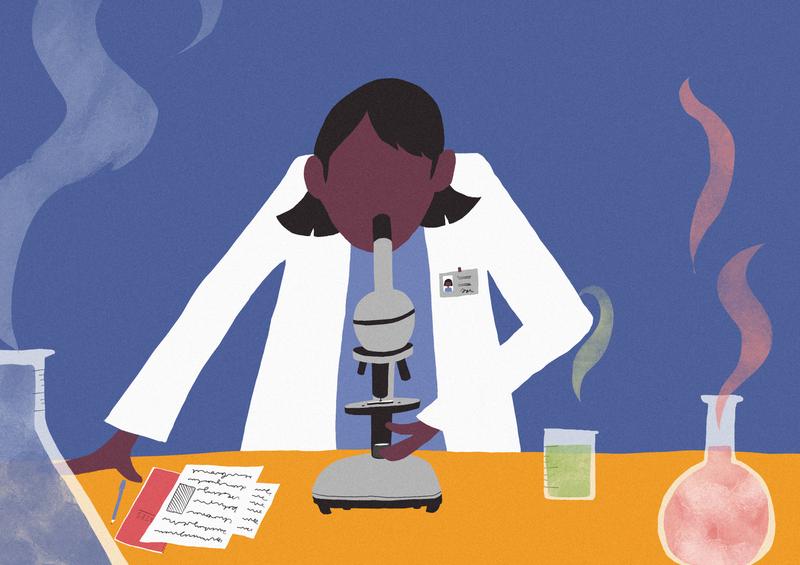 Life as a grad student is a uniquely chaotic and stressful experience. Your friends don’t get it, your parents don’t get it and sometimes it seems like your advisor doesn’t really get it either. It is a time full of ups and downs that make you question your life decisions.

Then one day, if you’re like me, you stumble upon a comic strip about how presenting at a conference never goes as planned. It reminds you that you’re not the only one going through this experience. It encourages you to also examine yourself and find the humour in what can seem like an never ending, pushing-a-boulder-up-a-hill exercise.

This comic I’m referring to is Piled Higher and Deeper (PhD) Comics. Created by Dr. Jorge Cham while a Robotics PhD student at Stanford, this comic series portrays what he calls “surviving as a grad student.” The title is a tongue-in-cheek reference to the value of college degrees.

What started as small comic strip in the Stanford Daily newspaper turned into a online series that is viewed by grad students (and non-grad students I’m sure) from all disciplines, all around the world.

On September 17, Cham gave a talk at UBC’s Hebb Theatre. Cham explained that the the exponential growth of the comic lead to a huge influx of fan mail.

He said many of the letter-writers tell him, “I don’t know whether to laugh or cry when reading your comics.” I have to say that this pretty accurately sums up my feelings regarding the comics. Some are just... too real.

Sifting through the sea of fan mail, Cham found an email from UC Irvine particle physicist Dr. Daniel Whiteson. Whiteson, who said he was a fan of how Cham “captured the suffering of being a grad student,” had an idea about creating some sort of accessible explanation of the Higgs Boson.

He specifically wanted to that utilized Cham’s drawing style to communicate a scientific topic. They sat down one day, talked about the Higgs, and then Cham got to work. The result was an animated sketch that went viral on YouTube (and I highly encourage you to check out).

This was far from the last time the two worked together. They went on to make more videos about gravitational waves and dark matter — you know, just really trivial concepts — that were equally successful. Their work culminated in a book called We Have No Idea: A Guide to the Unknown Universe.

This book is unlike most popular science books in that it doesn’t focus on what we know; it focuses on what we don’t know. As Whiteson put it, “Here we are at the forefront of knowledge, and yet we have no idea.”

The book tackles some pretty complex topics like dark energy and why we can explain most matter with just three particles: up quarks, down quarks and electrons. But these complex ideas are nicely contrasted with the simple, witty comic style that Cham is known for.

This isn’t a textbook or a literature review — it's just an easy-to-read summary of all the concepts that physicists can’t figure out. If you want to be equally stumped about what we don’t know, then you should check out this book.

Developing an idea for your graduate thesis can seem overwhelming. But as a graduate student, your ultimate goal is to contribute new information to your field. This isn’t too different from the idea behind Cham and Whiteson’s book, except at the end of your degree you can say, “now we have a little bit of an idea.”

Jacob White is PhD student in astrophysics studying planet formation and the radio emission of stars in the department of physics and astronomy.

Then one day, if you’re like me, you stumble upon a comic strip about how presenting at a conference never goes as planned. Jorge Cham / PhD Comics