A night of Quantum Futures: Art and science collide to express quantum mechanics 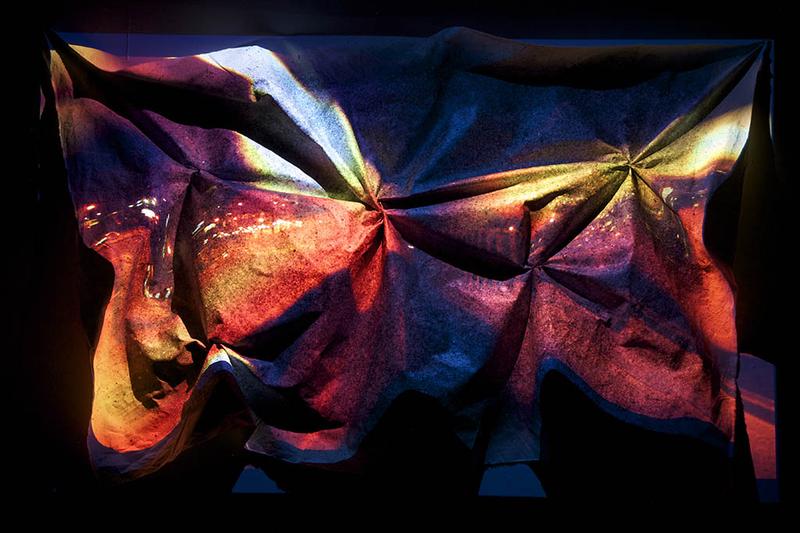 As the arts and sciences collide, a blend of quantum mechanics and performing arts will arise. Night Shift: Quantum Futures, an event that sits at the crossroads of the two disciplines, will be held on April 5 at UBC’s Museum of Anthropology, featuring performance-style art pieces in forms like music, dance and virtual reality as well as hands-on activities.

Curated by Curiosity Collider Art-Science Foundation, the event is a collaboration with UBC’s physics and astronomy department and the Stewart Blusson Quantum Matter Institute.

Simply put, quantum mechanics or quantum physics is the study of very small particles in our universe and how they behave. A comprehensive explanation of the term would be much more complicated, delving into probability, uncertainty, the properties of particles and mathematics. Quantum mechanics is often considered so complex and paradoxical that even famous physicists were thoroughly confused by it.

The aim of Quantum Futures is to break down perceived barriers of understanding science through a community-based approach, creating a comfortable and accessible space for attendees to play with ideas and find connections between quantum mechanics and their everyday lives.

“I do want [people] to walk away with a nugget of understanding … and just to be inspired,” said Char Hoyt, the event’s curator and Curiosity Collider’s creative director. She noted that art and science are often put on academic pedestals, which discourages outsiders from engaging with them.

The event largely uses art pieces to thread together and express ideas from quantum mechanics in an artistic form. For example, Matt Horrigan’s audiovisual work “Quantum/Qualia” explores filtering, breaking down complex video and audio signals into simpler parts. His piece uses many sine tones, which can be seen as a component of all sound. Any sound can be broken down into a collection of sine tones, just as the universe can be broken down into the tiny particles studied in quantum mechanics.

“Quantum physics to me is the ultimate expression of [reduction], because a quantum of something is the point at which you can’t break it down any further without changing its identity,” Horrigan explained. He described how cutting a piece of cake in half results in two pieces of cake, whereas cutting a dollar in half results in two hunks of metal instead of two dollars, mirroring how a quantum cannot be further divided.

A dance piece by Lesley Telford of Inverso Productions explores a different concept — the idea of quantum entanglement. Quantum entanglement argues that a pair or group of particles are intrinsically connected to one another across space, and that conducting measurements on one would immediately influence the measurement of the others regardless of whatever distance lies between them.

Performed with spoken word by Barbara Adler, the piece is titled “Spooky Action” after Einstein’s famous term “spooky action at a distance,” which he used derisively to describe quantum entanglement because he considered it impossible at the time.

Telford instead uses quantum entanglement as a metaphor for human interactions. “People who have been entangled in your life continue to have an effect on you even if they’re at a distance,” Telford said. She reasoned that even people on the other side of the world or in your distant past can influence you and how that questions your individual agency. “So we’ve been exploring this and how we can represent this with bodies in space.” 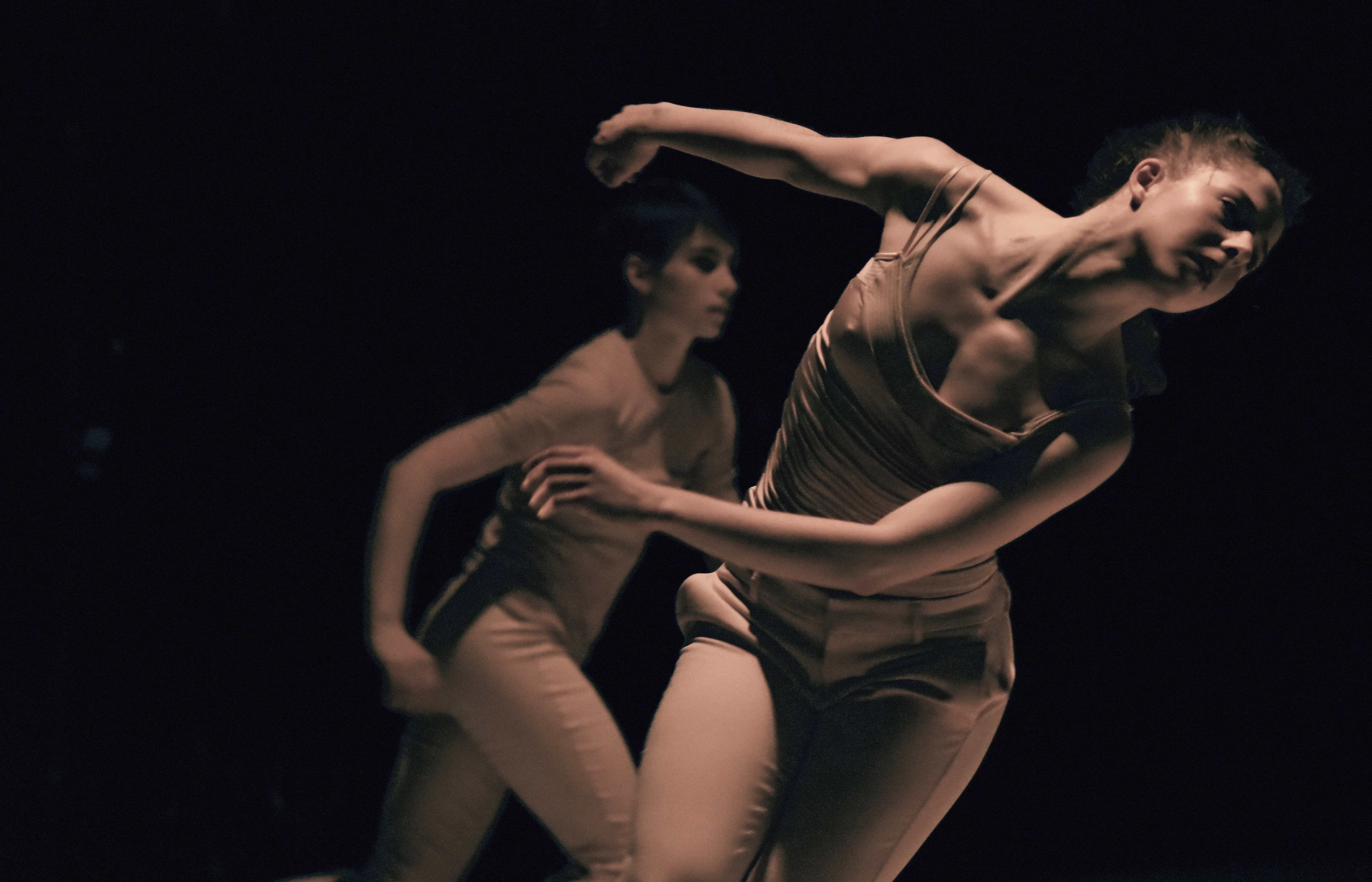 By contrast, Kathryn Wadel’s projection sculpture abstracts footage of her morning Skytrain commute and audio from the TRIUMF Centre, including physicists’ explanations of light particles called photons and general sounds within the centre.

Wadel was largely inspired by machines called particle accelerators, which produce a beam of highly energized particles such as photons or electrons that travel through the accelerator for research purposes, much like how she herself travels through the Skytrain. Aptly named “Particle-Wave,” the piece also draws heavily from research about photons, which have the characteristics of both a particle and a wave, a concept known as wave-particle duality which Wadel expresses through her manipulated imagery.

Although things like particle accelerators and particle-wave duality may seem removed from us, Wadel said she relates quantum mechanics to her daily life, as she does in her art.

“I always see science in everyday life, whether that’s riding the Skytrain and feeling like a photon essentially traveling [through a particle accelerator] … [or] looking at the sun reflecting off of Still Creek on the way to school … and imagining quantum entanglement between particles, how something can exist in another part of space and still influence another particle.”

While the artistic works may express quantum mechanics on a more abstract level, the activities at Quantum Futures offer a very hands-on approach. One station involves drawing a Feynman diagram, which uses squiggly and straight lines to visualize how particles behave without describing complex mathematical formulae. The second activity allows attendees to construct quantum lattice models such as graphene with ping pong balls to understand how electrons are organized.

Alexander Sheyerman, a PhD candidate in the physics and astronomy department and scientist participating in the event, hopes attendees will understand why quantum physics is studied and that it does not have to be intimidating. “They will not be scared of these fancy words that we use — it is just an abstraction.”

“There’s a real movement to bridge the gap and bring art and science back together because that separation is detrimental to both fields,” Hoyt said. “Scientists are better scientists if they are creative or have creative thinking, and the other way around. It’s a mutually beneficial sort of symbiotic relationship.”

Just as the event draws connections between the seemingly different fields of science and art, Hoyt also drew parallels between the work of scientists and artists. “We’re explorers — we’re digging into truth, we’re trying to find symmetry and beauty and balance and the essential bits of life. We’re both doing that, just with different processes. And I think that’s fascinating.”