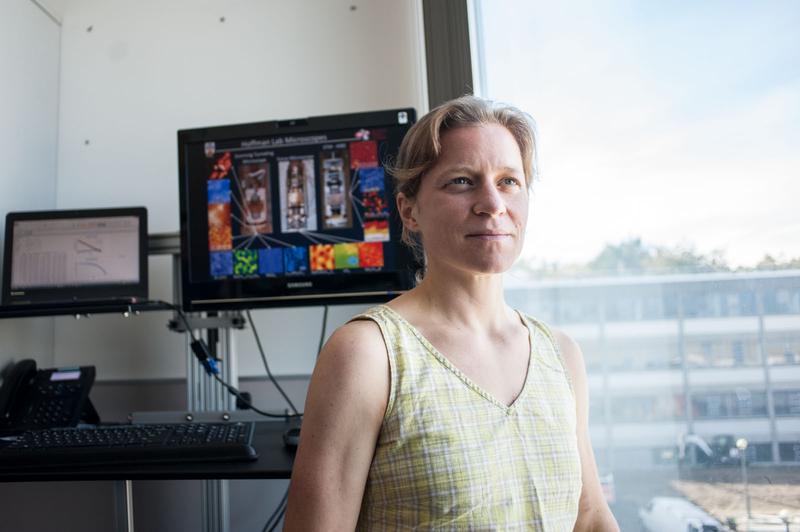 Hoffman is going QMI from Harvard.

The Quantum Matter Institute is gearing up to expand with a new building and a new superstar researcher.

Jenny Hoffman left her tenured position at Harvard to join UBC's physics department and the Quantum Matter Institute as one of the prestigious Canada Excellence Research Chairs (CERC).

The CERC program was launched in 2008 by the federal government in an attempt to attract the world’s best researchers to Canadian universities. The program awards $10 million over seven years to each chair and was launched in an attempt to make Canada a worldwide leader in research. There are currently 24 chairs across Canadian universities studying all branches of science. Hoffman joins Matthew Farrer, a medical genetics professor, as UBC's only other chair.

Hoffman cited QMI's cross-disciplinary approach as comprised of physicists, chemists and engineers to studying quantum effects in matter. Quantum mechanics is a branch of physics which studies the nature of very small things.

The new building will be a home for UBC’s already active Quantum Matter Institute and will have almost 5,000 square feet of space for cutting edge research. Construction started earlier this year and it is expected to cost about $25 million with funds coming from UBC, private donors and the Faculty of Science and Applied Science.

Now that Hoffman is at UBC, she will be entering a new stage in her research where she will focus on creating and characterizing new materials with specific properties.

Chemists and other synthesis experts "create" materials all the time — so what’s so special about this? Hoffmann will be inverting the whole process. Until now, most synthesis was done with a top down approach – mix chemicals and see what you get out.

Hoffman plans to build materials and devices from the bottom up by precisely placing each atom exactly where it needs to be in a crystal to produce desired properties — designer materials.

To do this successfully, she will need a highly collaborative environment since a project of this magnitude requires theorists, computational experts, engineers, synthesis experts and characterization experts all working together.

All of the scientists involved hope to see this new era of research result in an expanded understanding of quantum mechanics and matter at the nanoscale.

It is more broadly hoped that this understanding will make room temperature superconductors a reality. These materials could revolutionize energy technologies and create tiny devices which could change everything from computing to medical equipment.