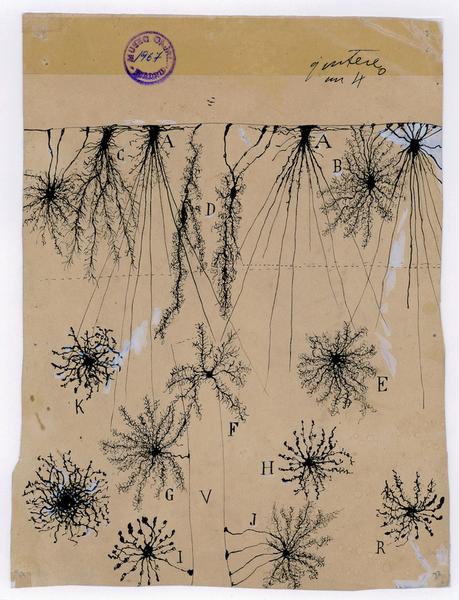 Santiago Ramón y Cajal’s drawing of glial cells of the cerebral cortex of a child, 1904, ink and pencil on paper. Courtesy of Instituto Cajal (CSIC)

An oblong shape of bodies collects on stage. A wave unfurls through, arms in the middle wicking outwards to the edges. The movement intensifies in one direction such that the density spreads to one side. A quick dispersing of legs splits the oblong mass in two: one collecting to the left and the other to the right.

Thus the dancers of the Arts Umbrella Dance Company began their performance, with two neuroanatomical drawings of renowned scientist and Nobel laureate Santiago Ramón y Cajal projected behind them.

They danced to welcome the original drawings of Cajal to the UBC’s Belkin Art Gallery on September 7. The drawings were brought to Vancouver by the Djavad Mowafaghian Centre for Brain Health in collaboration with neuroscientists and curators from the Universities of Southern California and Minnesota, and the Cajal Institute.

The Beautiful Brain: The drawings of Santiago Ramón y Cajal will be at Belkin until December 3, 2017.

In an opening talk, University of Southern California neuroscientist Dr. Larry Swanson stressed that Cajal’s many contributions to neuroscience are difficult to explain concisely. Although Darwin and Einstein’s key deductions can be summarized by the phrases “evolution” and “E=MC^2,” respectively, Cajal’s insights were so vast that one-phrase descriptions don’t quite cut it. 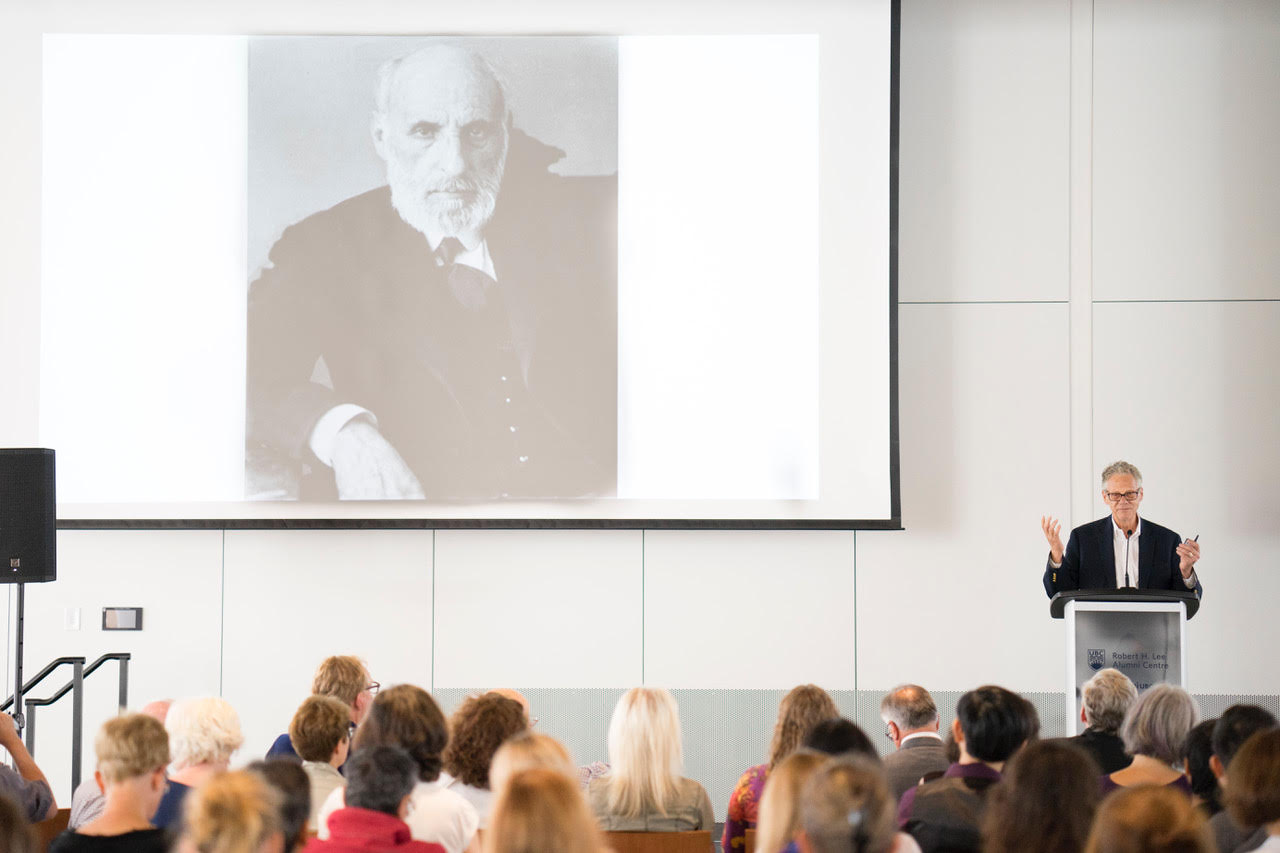 For the past two years, Dr. Brian MacVicar — co-director of UBC’s Centre for Brain Health — worked on bringing the exhibition to campus, he explained in an interview with The Ubyssey. As soon as he found out that his friends and colleagues were organizing an exhibition Cajal’s original drawings around the US, he decided that “it has to come Canada.”

“When I was a student, I would often go to scientific talks, and almost everyone would start out with, ‘As first shown by Ramón y Cajal…’” said MacVicar, describing his motivations for encouraging the showing of Cajal’s drawings at UBC.

“I’ve seen these reproductions for years, but when I first saw the drawings — I went to Minneapolis to see the exhibition — I was really impressed by the power of actually seeing the originals.”

Other neuroscientists at the opening reception regaled the audience with stories of Cajal’s obsessive stages.

“He was a bit of a hell-raiser as a child,” said Dr. A. Jon Stoessl, co-director of the Centre for Brain Health. Cajal was intensely charismatic, explained the Cajal Institute’s Dr. Alfonso Araque; in his youth he took a self-portrait dressed as a Robinson Crusoe-like character, became a body-builder to get a girl and insisted on studying art until his father signed him up under a shoe-making apprentice.

But in his mid-thirties, Cajal found what would become his lifelong passion. He was handed a glass slide of cells stained with the Golgi technique, and had a classic “Eureka!” moment. He realized that, contrary to the prevailing theory at the time time that the nervous system was one giant “net” in the human body, each cell in the nervous system is a single unit. This idea is now known as the neuron doctrine.

Cajal devoted most of his adult life to drawing — completely by hand — the intricate neurons he saw using the Golgi method. In 1892, he was the first to draw a cell-based electrical circuit diagram. All this was done in hopes to substantiate the neuron doctrine, and was described by Cajal in his prolific two volume treatise.

The neuroscientists at the opening reception made a strong case for all students, professors, other members of the UBC community and members of the public to attend the exhibition at Belkin.

With this unique training in both the arts and medicine, Cajal was able to make deductions from his drawings that are still being proven today. Artists and scientists alike marvel at Cajal’s contributions.

“Both the scientist and artist have sifted through layers of data to identify signal from noise,” said speaker and UBC professor Dr. Claudia Krebs. “[They] give meaning to chaos.”