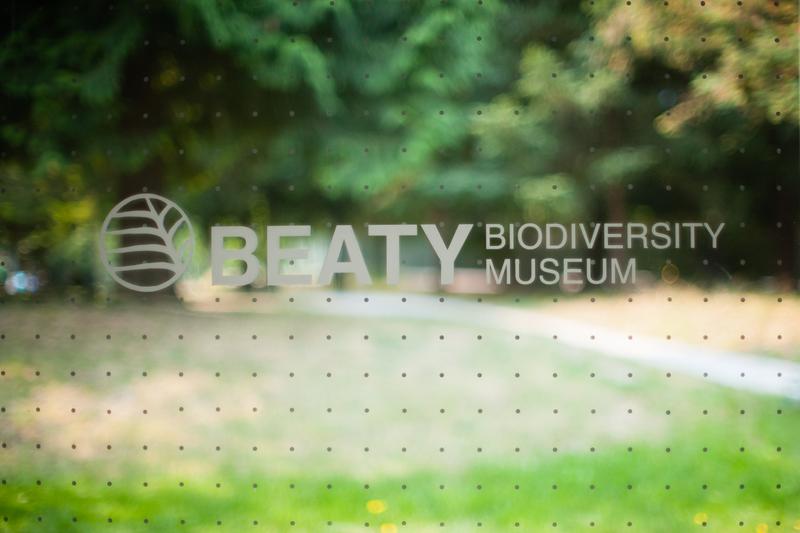 White, circular dots have been popping up on UBC windows. And they are more than just decorative glass stickers. They could actually reduce birds’ collisions with windows, possibly saving their lives.

In 2016, UBC developed the Bird Friendly Design Guidelines for Buildings, which provides suggestions for how to make campus buildings more bird friendly. One of their recommendations to increase bird safety is to make windows more visible to birds.

The white dots — called the Feather Friendly film— are part of this initiative.

Alison Porter, a bird biologist consultant at Beaty Biodiversity Museum who was highly involved in coordinating and managing the project, explained that birds have a hard time perceiving windows as solid objects.

“Birds fly into windows because they perceive the reflection in the windows as a continuation of the environment that’s surrounding them. So they’ll see a tree and the sky reflected in the windows and think, ‘I’m going to go fly to that tree.’ They try to, but then they hit the window.”

The Feather Friendly film that Porter and her colleagues have applied to windows may provide a solution to this. Feather Friendly was funded by the Habitat Stewardship Program, a program by Environment and Climate Change Canada. Based on scientific research, the dots are evenly spaced 2-inches apart, the smallest distances that birds tend to avoid flying through.

By applying these stickers, birds may be more likely see windows and perceive them as solid objects, thus preventing bird-window collisions.

Feather Friendly was applied to windows on the Beaty Biodiversity Museum and the Biodiversity Research Centre in November 2016. The buildings were then monitored fairly regularly from November to March for evidence of bird-window collisions.

The results of the monitoring project were inconclusive: both locations with and without the dot installations had decreased bird strikes after the installation of the dots, with the dot-installed location showing no bird strikes at all. However, the unusual winter this year may have played a part in the results, and more research will be done before arriving to a conclusion on Feather Friendly’s efficiency.

Porter emphasized the importance of bird research in Canada, especially at UBC. “UBC is definitely an important area for tons of different birds when it comes to stopover sites during migrations,” she said.

Across Canada, 16 to 42 million birds die every year from striking windows, mainly from collisions with lower-storied buildings. Students have been collecting data on bird-window collisions since there is a lack of information on Western species in North America.

According to project funded by Environment and Climate Change Canada, an estimated 2362 birds likely collided with windows on the UBC campus in a 48 day period.

Porter described the significance of birds and their diverse roles in our ecosystems, from seed distributors to pollinators to an integral part of the food web. “They are actually incredibly useful indicators of a healthy ecosystem. If you have healthy bird populations, chances are that ecosystem is also healthy and functioning.”

Porter added that one of the big challenges with encouraging the use of Feather Friendly film is trying to balance the dot installations with building aesthetics. “Making windows visible is a difficult issue to convince people to do because the idea of having a window is that you can see outside and it’s clear.”

Results of the public perceptions survey from the study, however, have generally shown great support for the dots. UBC students Jasmine Lai and Sarah Park worked with supervisors Dr. Sarah Otto and PhD student Elizabeth Kleyhans to survey people’s perceptions of the film on buildings where it was applied.

In response to an open-ended survey question, many respondents voiced that their support for bird strike prevention through the use of Feather Friendly dots was more important than visual appeal.

“It’s certainly a balance between reducing risk to wildlife, in this case birds, and people’s happiness with using spaces,” Porter said. “And that’s why we did the whole perceptions survey.”

Porter hopes that the research will help inform policies that UBC can adopt. She hopes that the Beaty Bird Friendly program will continue to increase the amount of Feather Friendly film dots installed on the Beaty building.

“It would be great to see the ideas presented in the UBC guidelines to be adopted as more firm policies,” Porter said.