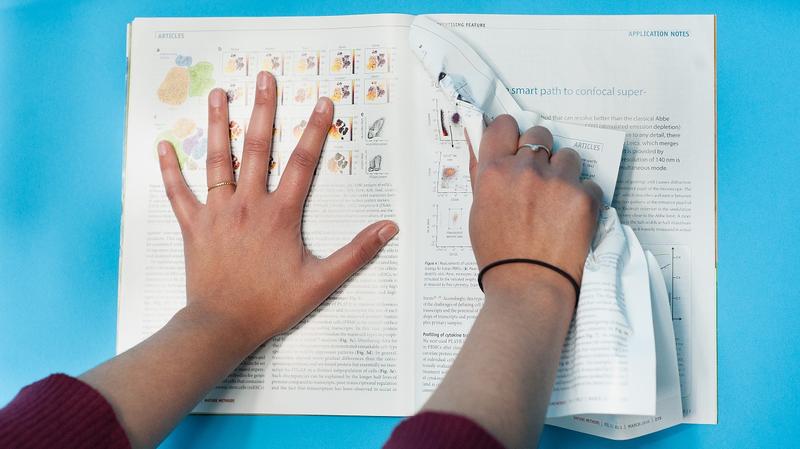 For centuries, humans believed that diseases such as cholera or the Black Death were caused by miasma — a noxious form of air — and that one could simply get the disease by breathing this air. It wasn’t until years later that the miasma theory was proven wrong to make way for what we know today as the germ theory of disease: microorganisms carry diseases.

Science is ever-changing and is incredibly self-correcting.

Recently, a scientific paper from UBC linking aluminum found in vaccines to autism-like characteristics in mice was retracted by the original researchers after data manipulation allegations.

Although it may be disheartening to hear about misconduct that compromises the integrity of scientific research, especially at our own university, science allows for established protocols to adapt. Research published in journals provides enough information such that an experiment or finding can be evaluated by other scientists.

Apparent problems in the scientific method can be brought to the scientific community’s attention easily and quickly, via efforts like PubPeer.com and RetractionWatch.com.

And that’s exactly what happened with the retracted study from UBC. Commenters at PubPeer began examining issues with the study within a month of its publication, and RetractionWatch issued a blog post once they learned that the journal planned to retract the study.

The paper by UBC professor of ophthalmology Dr. Christopher Shaw and then post-doc Dr. Lucija Tomljenovic found that aluminum — specifically at levels found in vaccines — activated certain genes in mouse brains. The kicker was that these genes were similar to biomarkers of autism in humans.

In an article by CBC News, Shaw said that conclusions were drawn from “compiled data” rather than “raw data.” However, after the paper was published, allegations were made online about the validity of the data and thereby the conclusions drawn from it.

Figures in the study that depicted the results of Western blots — a test used to measure levels of a specific protein — were accused of being altered and/or plagiarized. Shaw’s lab followed up on the bloggers’ comments, and realized that some of the comments were true; some of the images seemed to be altered, although Shaw himself did not know how or by whom.

In an emailed statement to The Ubyssey, Shaw said that the alterations to the images were difficult to catch. Neither lab personnel, external reviewers of the paper nor editors of the academic journal that accepted the paper’s publication found the changes.

“It took bloggers, who seemed to know what they were looking for, to find the changes,” said Shaw. “To do so they had to magnify the images and be able to look for very small landmarks such as bubbles, tears, etc.”

Scientific papers are edited and improved based on a peer review system which generally works quite well, but has certain shortcomings. In cases like this, small manipulations are often missed because scientists lack the time or funding to go into enough detail to ferret out all the data manipulations.

The altered figures were insignificant in deriving the main conclusions of the study, according to Shaw’s statement to the CBC, but he decided to retract the paper nevertheless.

Shaw explained to The Ubyssey that his lab does not have access to the raw data at this time, even though university research policy states that data collected must remain on the premises for at least five years. Shaw said that Dr. Dan Li, first author on the paper, took the data with her when she left the lab in 2015.

“[Li] went to China to visit her parents and had hoped to work on the article there. It seems that she left these items with her parents,” said Shaw. “We are trying to get them back. We have also been in touch with her attorney to recover whatever material might be on her laptop.”

Dr. Gail Murphy, Vice President Research and Innovation at UBC, is well aware of all accusations of scholarly misconduct at UBC. Privacy laws prevent the university from discussing individual cases, but Murphy shared a press release following our inquiry about the retraction from the Shaw lab.

Murphy explained, “UBC does not endorse any faculty member’s research findings as it is up to the scientific community to evaluate research through the peer review process and to respond to findings with additional research. That is the nature of academic freedom — to challenge and have one’s findings challenged.”

UBC’s policies clearly support the idea that retractions allow the scientific method to be constantly changed and edited. Retractions give researchers a chance to recognize their mistakes, modify the study and try again for better results.

Nevertheless, retractions hamper the future credibility of the lab and the university itself. Personal jabs from other scientists are also apparently par for the course. “This may not be fair, but it is the reality,” said Shaw.

With a public that already finds science inaccessible, what message do retractions send to broader audiences? Do scientific retractions have the power to change public opinion?

Shaw thinks not, for the most part.

“Anything to do with vaccines finds a very polarized audience,” he said. “The polarity in the field reflects the polarity in public opinion: those who think we (and others) are wrong will continue to follow CDC guidelines; those who are already cautious of these guidelines will remain so, regardless of the fate of the article.”

The people in the middle — those who don’t have a polarized stance about vaccines — are the ones who can be misled by retractions and other unclear scientific practices. Hypothetically, when reading about this retraction, some might conclude that there is no scientific consensus about the efficacy of vaccines simply because research into the safety of vaccines is ongoing.

In actuality, scientists are in agreement about vaccines; they do not cause autism and they are safe. Scientists want everyone to be vaccinated against terrible diseases including smallpox, measles and polio.

But research into vaccine safety must continue, simply because the scientific method demands that all testable explanations must be repeatedly investigated. Scientific insight and testing about gravity continues, for example, even though scientists already agree that gravity gives weight to objects on Earth.

Regardless of the polarity in public opinion and the somewhat violent reaction to vaccine research, especially blips in such research, the scientific process is rigorous. It is the responsibility of the public to be skeptical about published findings and its credibility, said Shaw.

And it is the responsibility of scientists to accurately communicate their processes and generalizable findings.

“The only recourse is to repeat the studies,” said Shaw. “We may or may not do so, given the costs involved.”