Review: Across the Board simplifies the fascinating math of chessboards 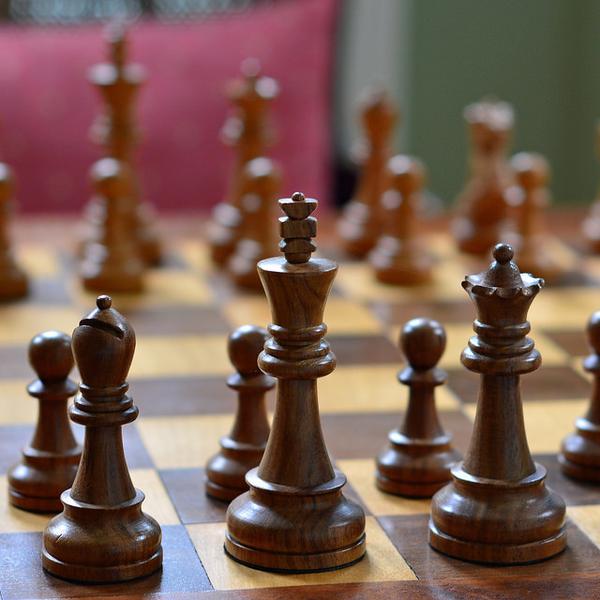 John Watkins’s Across the Board is an exploration of mathematical puzzles and conundrums about the chessboard.

It is not about the game of chess itself but rather the fascinating mathematics behind the chessboard and the pieces that traverse it. It introduces high-level mathematical concepts from discrete mathematics and graph theory in an accessible and visual way, and presents centuries-old questions in a way that they are still intriguing and relevant to the present-day reader.

Each chapter of the book begins with an exposition of intuitive topics and gradually builds in sophistication by including extra problems with solutions in the back, leaving the reader with a feeling of satisfaction.

The second chapter, for example, begins with a discussion of the knight’s tour, in which a knight tours the entire board by visiting every square exactly once, beginning and ending at the same square. Some chessboards must have a knight’s tour – Euclid showed a particularly attractive one for the 8-by-8 chessboard — while clearly, others do not. For instance, on a 1-by-n chessboard, the knight cannot move at all.

With elegant and visual proofs, Watkins guides us through the categories of chessboards that are without knight’s tours. For example, a knight’s tour is impossible on a board with dimensions m-by-n where both m and n are odd: since a knight always moves from a square of one colour to a square of another, its tour must consist of an equal number of black and white squares.

Yet the number of squares on the board, mn, is an odd number. Watkins then reveals that except the categories of chessboards he has eliminated, any other m-by-n chessboard has a knight’s tour.

Watkins explores several other interesting topics, including domination (how many queens do we need to cover an entire chessboard in one move?); independence (what is the maximum number of bishops that can be placed on a chessboard with none being able to capture another?) and polynominoes (can we cover a chessboard with other Tetris-like shapes?).

While it is relatively easy to see that we require n rooks to dominate an n-by-n chessboard, it is far more interesting to think about the same problem with queens. In fact, five queens are required to dominate the 8-by-8 chessboard, and there are exactly 4,860 ways of doing so. How do we arrive at these solutions and how can we generalize them to chessboards of other dimensions, if at all possible?

Of course, the story does not end at ordinary chessboards. Watkins introduces playing chess on a torus — the doughnut shape — which can simply be understood as wrapping both the columns and the rows of the chessboard into closed loops. When a chess piece goes off the bottom of the board, it reappears at the top.

Now the possibilities abound. On a toroidal chessboard, not only can a bishop and a knight simultaneously threaten one another — which is impossible on a regular chessboard — it is also true that it has a knight’s tour, no matter the dimensions.

Across the Board is a good book to read if you are interested in impressing a math major with some terminology from graph theory, having a puzzle in your back pocket for a party or being inspired by the accessibility of mathematics. In fact, many of the theorems in the book come from Watkins’s own undergraduate students.

It will probably not, however, help you win a game of chess.