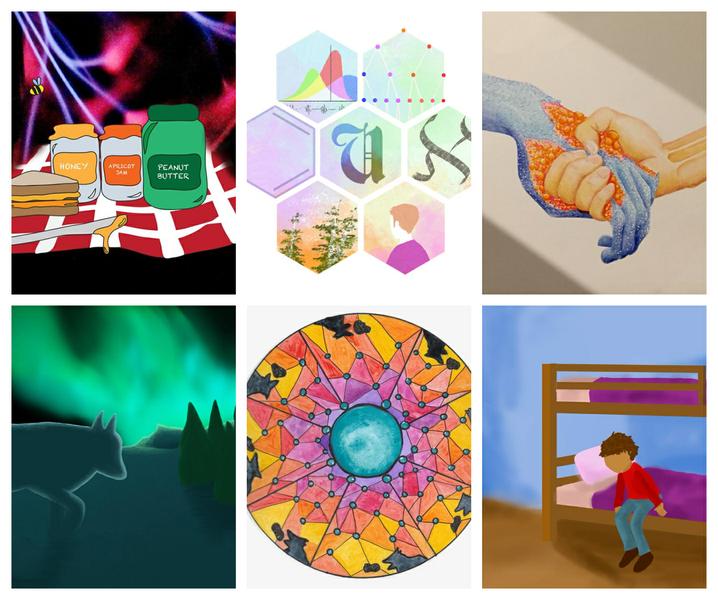 The Ubyssey’s first sci-fi competition was a resounding success — and we define success as receiving stories that incite fear, awe and even tenderness by the possibilities of technology and scientific discovery.

Thank you to all the contributors! Your imaginations are vast, and perhaps a bit scary. A special congratulations goes to our winner, Chimedum Ohaegbu’s “Like PB and J,” which is summarized below alongside the other submissions.

Readers, be sure to check out the following short-form sci-fi pieces from your peers. They’re quick, fun and will maaaaybe distract you from end-of-term blues.

This piece is a descriptive character study of two friends with competitive — but ultimately magnanimous — desires in a futuristic world of dying bees and super-hurricanes. A timeless question is asked; will systems of power keep the two apart?

We were thoroughly impressed by how much this piece accomplishes in a 10-minute read; it’s funny and clever, somber in places and paints an intriguing picture of a world that seems pretty plausible, while also asking us to consider the ethics of suprahuman genetic enhancements.

Avery Creed’s “Close Encounters of the Most Genuine Kind”

Accompanied by beautiful artwork from the writer, this story is told with humour from the perspective of an alien species hoping “to experience the legendary genuine human connection.” But of course, a twist of fate — requiring medical intervention — stands in the way.

Readers are transported by the author’s rich descriptions to a spaceship, and encounter an unpleasant scent that deeply bothers the man inhabiting the vehicle. Is he there by his own accord? Sisyphean themes arise as we learn more about the man’s mission and backstory.

Action-packed. Eerie. Not one frightening technologically-advanced force to fight, but two. In this piece, readers can follow the protagonists in a dystopian adventure as they fight for their lives under hazy green skies and barren landscapes.

Advancements in genetics like Crispr already make it possible to — in principle — engineer embryos with specific traits like heightened intelligence. This piece, laden with emotions, looks at the implications not only for the affected individual, but on family dynamics as well.