Updates on cutting edge discoveries in our solar system 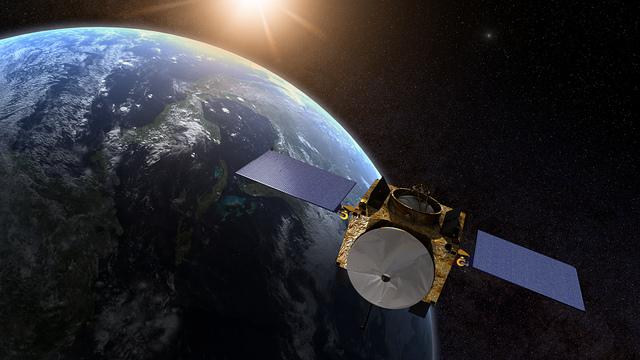 This month an unmanned spacecraft flew in from outer space, dipped into our gravitational field just 50,000 kilometres above the Earth and then slipped back out into the abyss with a new trajectory and an accelerated speed. This was no U.F.O. — it was Earth’s very own OSIRIS-REx spacecraft.

As part of Science Literacy Week last month, Megan Russel, a graduate student in geophysics and planetary science at UBC, gave a Behind the Science talk about the cutting edge discoveries in our solar system, including updates about spacecrafts like OSIRIS-REx.

The Ubyssey spoke with her and her colleagues Anna Mittelholz and Georgia Peterson to learn about these new discoveries.

Using a technique colloquially known as a “swing-by,” NASA used the Earth’s relative movement and gravity to send OSIRIS-REx off with exactly the right orbital tilt to touch down on asteroid Bennu in late 2018. Once there, it will be collecting samples to bring back to Earth that will give us insights into the formation of the solar system and the source of carbon compounds that led to the formation of life on Earth.

UBC professor Dr. Catherine Johnson has an important role in the mission.

“This is really big for Canada. [The spacecraft] is going to an asteroid and Catherine Johnson’s team is in charge of controlling the photography with a laser altimeter. They’re trying to get like a strip of pictures of what the topography looks like,” said Russel.

The Behind the Science talks also touched on a question many are considering in the wake of Elon Musk’s pronouncements that he plans to send the first ships to Mars by 2022 to begin colonization: what it would be like to live on another planet?

One of the greatest concerns involved in actually living on Mars is the planet’s inactive dynamo. The dynamo of a planet is the spinning inner core that regulates its electromagnetic field and helps protect it from solar winds.

Since the dynamo of Mars isn’t spinning, these solar winds cause extreme amounts of ultraviolet radiation. If this environment existed on Earth, it would destroy our ozone layer and kill some of our ocean and plant life. Nearly four million years ago the dynamo was still active, which leads many planetary scientists to speculate that Mars once hosted life.

“It might still hold life. Who knows. I guess it helps to define how easy it is to start life on mars,” said Mittelholz.

Enough ice exists on Mars that if it were melted, the planet would be covered by 35 metres of water, and even more ice is thought to exist below the surface. It’s an open debate whether Mars was ever warm enough to have oceans.

This is an important controversy because if Mars was able to host life in the past, that’s good news for prospective residents.

Another recent development has been pictures taken as part of the New Horizons mission. All previous photos of Pluto have shown us nothing more detailed than a blurry white dot, but after a decade of space travel the New Horizons spacecraft has yielded beautiful high resolution imagery of the dwarf planet.

Mittelholz and her team hoped that the talk will contribute to greater public engagement with planetary sciences, and will inspire people to keep up with developments in space exploration and planetary research.