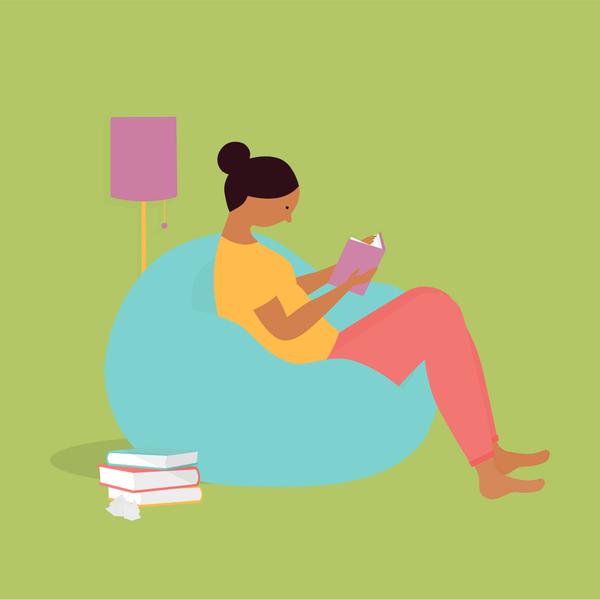 This year there were six “books” available at the Living Library. Maia Boakye

The Living Library event, held during Science Literacy Week can be thought of as an event where “people are books,” explained Katherine Miller, UBC Reference Librarian.

While learning about interesting graduate student research at UBC, Parker saw an opportunity to share what she was seeing with more people. Thus, the Living Library became a part of the UBC Science Expo during Science Literacy Week.

Bridging the gap between research and students, the Living Library allowed anyone to meet a real, live grad student and talk to them, Miller explained.

“You can ‘check out’ a researcher for 15 minutes and have a conversation,” Miller said.

“We found that undergrads last year really liked the ability to have the permission to sit down with a grad student ... it's so inspiring to be able to hear when somebody’s passion about their research and to be able to convey that one-on-one.”

The graduate students who were part of the Living Library were recruited by liaison librarians who thought that some students would be a personable, informative “book.” The role was completely voluntary and the librarians tried to recruit “books” that were representative of the broad interests of Woodward library patrons.

Due to time and availability, not every field of study was represented. Still, this year there were six “books” available at the Living Library.

One of them was Dr. May Sanaee, a junior clinician scientist at UBC through the Centre for Pelvic Floor Competence at St. Paul’s Hospital. Sanaee said she “moved out to UBC to work with this research group ... centering around women’s health and pelvic floor health.”

Upon finishing her residency in obstetrics and gynecology, Sanaee explained that she chose to come to UBC for a fellowship in the subspeciality of urogynecology. Through working with one of the reference librarians, she was invited to be a “book” in the living library.

Coming from a medical background, Sanaee believes that science literacy is important. She realized that the public often receives blanket statements about scientific studies. While she had the training as a medical doctor to read the research behind the statements to judge their accuracy, most people do not.

Since scientific data is updated constantly with new information, it’s important to have the scientific literacy needed to question old practices and adopt new ones.

“If you don’t have [science] literacy then you would just accept everything and not ‘oh, that’s why maybe in fives years we’re all changing practices … the old evidence was pretty weak and now this one is more strong,’” said Sanaee.

Another “book,” was Kelly Graves, a PhD student in civil engineering.

“For my work,” said Graves,“I like to know how things work and why things happen. I can go out and hike on a mountain and collect measurements and figure out what makes that lake work, and I can see the application for fisheries, drinking water [and] hydropower.”

Similarly to Sanaee, Graves was invited to be a part of the Living Library through working with one of the reference librarians. Being a “book” was a natural fit for Graves, who loves sharing “the weird research” she does.

Graves believes in the importance of Science Literacy Week as a way to dispel myths about science. “I think that there’s a lot of stereotypes and stigmas around science — how scientists communicate and how it's sort of not approachable to a lot of people and the only person who can understand it is the person who studies certain things,” she said.

Graves went onto explain that she believes that most research can be made approachable if scientists learn to communicate well. Finding common ground with the listening audience is key. The Living Library event gave everyone a comfortable environment to share knowledge and passion.

“There’s a lot more to a scientist and science literacy than reading a journal article or wearing a white lab coat. We have a lot more to offer than that,” said Graves.