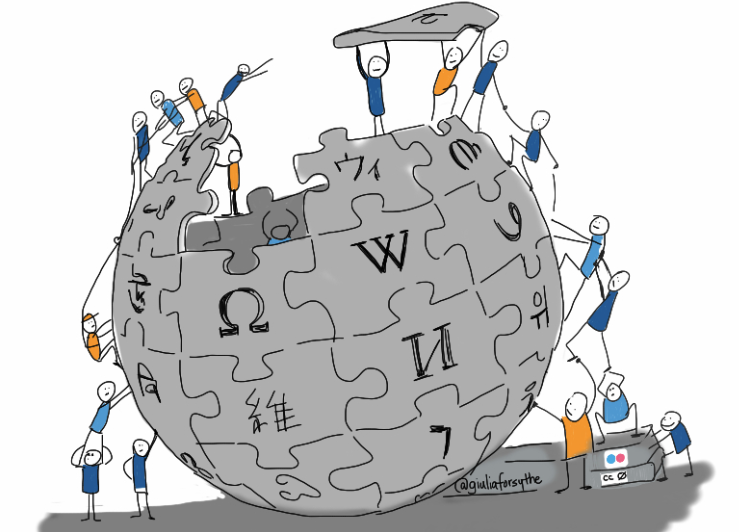 Ever wonder how Wikipedia is built?

UBC Library kicked off Science Literacy Week with a Wikipedia Edit-a-thon on September 18 where students got the opportunity to be involved in that very process. The focus of the event was improving the available content on Wikipedia about Canadian science and scientists.

“It incorporates so many aspects of the science literacy mission of getting the word out and empowering students and researchers to be part of translating that information from the lab to the public,” said Katherine Miller, Woodward Librarian and organizer of the Wikipedia Editing Event.

Partnering with institutions such as BCIT, SFU, KPU and Douglas College, the process of organizing the event has been unfolding throughout the summer. She noted the sucessful growth of the edit-a-thon — over 600 partners joined in such a “short amount of time.”

With 2017 only being the second year UBC has held this event, the contributing editors have continued the focus of adding content to female scientists’ Wikipedia pages, particularly UBC researchers, coupled with the integration of the broader theme of Canadian scientists. One participant, librarian Sally Taylor, worked on an article about Kathy Martin, a forestry professor, which she worked on last year as well.

Erin Fields, the Liaison librarian for Humanities and Social Sciences as well as Flexible Learning Coordinator, pointed to the “dominant male editorship” of Wikipedia.

She stated that as both a librarian and a woman, she felt that “it’s important to have your perspective and your ability included in a space that we know students are using everyday…so improving [Wikipedia] but also supporting students and the idea that they can actually support scholarship in a way that helps them [and] others.” In doing so, students also get an opportunity to learn and practice using the important skill of proper citation.

Fields worked alongside Will Engle, a Strategist for the UBC Centre for Teaching, Learning, and Technology for open education initiatives, to lead the Wikipedia editing workshops. Using her work on building a page for UBC microbiologist Rosemary Redfield, she demonstrated how Wikipedia is edited.

Engle explained that the editing process for Wikipedia is similar to research and scholarship in the sense that it is written for a public audience, and there is a form of peer review with other editors.

Misconceptions surround Wikipedia regarding how it is written, and therefore its reliability as a source. But Wikipedia has a core policy of verifiability, said Engle, which basically means that citations are needed to confirm statements that are added.

When something new is published on the site, editors will verify the changes or add tags saying "citation needed" to ensure people understand that there is a process of review which has yet to occur. They are also quick to revert what they refer to as "vandalism" through the use of automated tools which inform them of changes.

Both Engle and Fields emphasized the idea of Wikipedia being understood as a community which users belong to, rather than a mere tool to be used.

“I hope to have people start thinking of … the alive nature of Wikipedia — the constant changing — and [recognize] that people can be part of that change,” said Fields.

The workshop leaders mentioned how UBC professors they’ve worked with are incorporating Wikipedia use and editing into their classrooms, having students partake in the process of building it. For example, in MEDG 505, a course on genome analysis, graduate students must create a new Wikipedia page based on their research expertise instead of writing a term paper.

Much like this edit-a-thon, Dr. Maja Krzic, a UBC professor in land and food Systems, is organizing the International Soil and Science Day Edit-a-thon for this December, focused on supplementing Wikipedia content on Canadian soil science, since it is lacking in comparison to American soil science information.

Fields noted that despite Krzic’s status as a world leader in soil science, there was no Wikipedia article on her prior to last year’s event, which highlights the importance of events such as this taking place during Science Literacy Week.