How to trick yourself out of procrastination 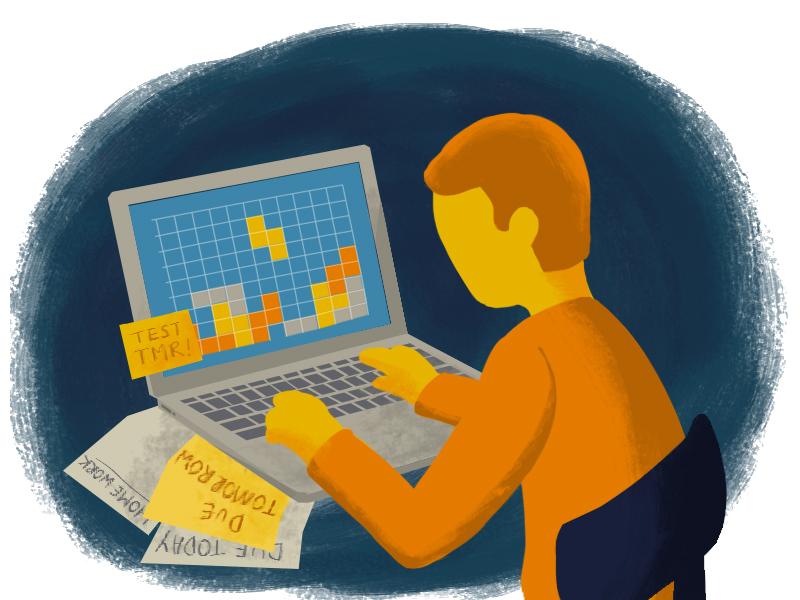 One month into school and you’ve re-marathoned the Lord of the Rings films, organized another club event and helped your brother move into his new apartment. But that 10-page paper you were assigned on the second day of class that's due in two days? Word count: 12.

We’ve all heard the mantra of “don’t leave it until the last minute.” Procrastination isn’t uncommon, after all — studies show that 80 to 95 per cent of college students procrastinate, and of that number, approximately 50 per cent procrastinate problematically and on a regular basis. But if we’re all aware of procrastination, why do we do it? And how can we deal with it?

Dr. Allyson Hadwin, an associate professor at the University of Victoria, described procrastination as a cycle of putting things off and delaying important tasks. There are many reasons for procrastination, but in an academic context, poor task understanding and underestimating task completion time are common reasons.

According to Hadwin, self-regulated learning can be thought of as a four-phase process — task understanding, task goals, task execution and task completion. When procrastination repeats over and over again, you have failed to adhere to this regulatory cycle on some level such as failing to understand a task or failing to discontinue an ineffective learning strategy. However, even though procrastination gets a lot of bad press, it’s not necessarily a bad thing.

Although pumping out papers before a deadline may be an effective solution for some, the trouble for active procrastinators appears when many assignments are due at the same time. In that case, it’s probably better to start early, even if you’re not feeling that motivation.

For those of us procrastinators who belong to the passive group, starting earlier before the pressure sets in is always a good idea. Hadwin has some tips and tricks. Here are some ways for both passive and active procrastinators to stop procrastinating and get work done effectively: