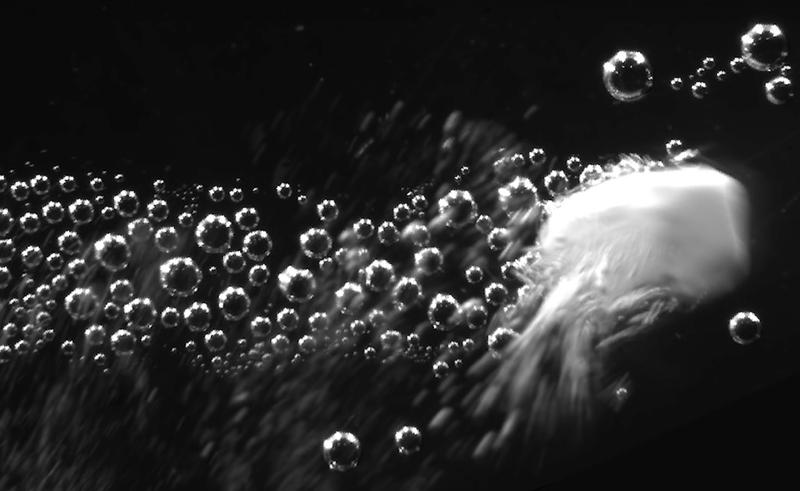 With the support of Grand Challenges Canada as well as many UBC graduate and undergraduate students, a UBC research team has successfully managed to create the first self-propelled powder to stop severe bleeding.

“Our goal was to come up with a low-cost treatment for postpartum hemorrhage,” said Christian Kastrup, a researcher at the Michael Smith Laboratories at UBC. Mortality rates of women bleeding after birth are still high especially in countries of lower economic standing where access to resources are limited. In some countries, maternal mortality rates are still above 500 deaths per 100,000 births.

Current methods to stop severe bleeding are not the most effective because of the difficulty to push coagulants — substances that cause clotting — against blood flow and deep into the wound.

“The coagulants would just clot the surface of the wound, making a superficial and unstable clot,” explains Kastrup. “Our objective was to find a system of self-propelling powder that would work in blood, be safe and effective.”

The UBC research team was able to create two different formulations for this powder. One includes tranexamic acid — used to treat trauma — and the other is thrombin, an expensive enzyme commonly used in surgeries. While the latter form is better at clotting, the formulation that uses tranexamic acid is more affordable, making it more effective for countries of lower economic standing which have higher maternal mortality rates.

“Right now, we are near the end of what we call the discovery phase and are moving into the preclinical phase which involves regulated safety experiments to make sure our powder is safe, sterile and reproducible,” said Kastrup

Kastrup is optimistic that, because everything in the composition of the powder is used in hospitals one way or another, it may only take two to three years for clinical trials to take place. This time period is relatively much shorter compared to most pharmaceutical and biotechnology products.

"There’s potential that it could be a game-changer in treating severe bleeding,” said Kastrup.

The powder can be used for postpartum hemorrhage and in treating other kinds of trauma, which is leading causes of death in Canadians aged one to 34.