Drop it like it's hot: A student's guide to getting sleep in a heat wave 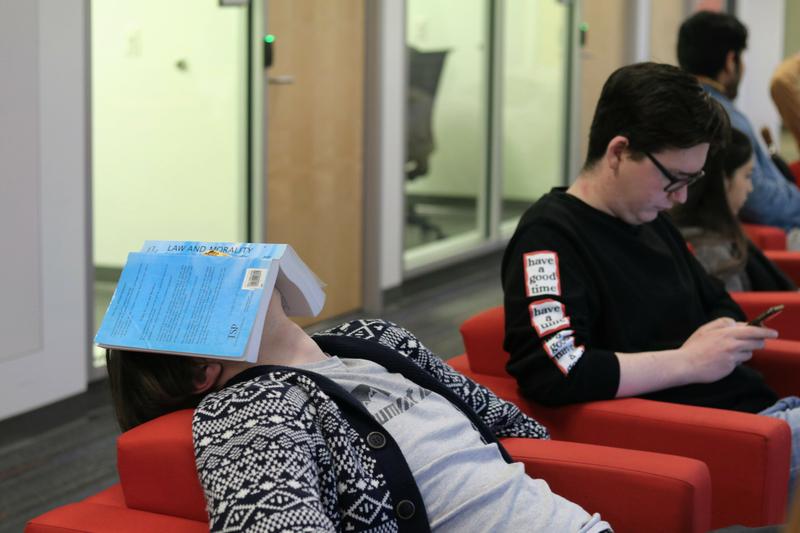 Freezing damp pillowcases, investing in a new fan and showering an hour or two before bed are some ways students can stay cool and rested. File Zubair Hirji

Weeks after BC’s record-breaking heat wave, high temperatures are ongoing in the province, impacting residents even well into the night.

According to a recent Reddit post, these high temperatures have been negatively affecting the sleep of some students at UBC. The Ubyssey sat down with Dr. Wendy Hall, a UBC sleep expert, to learn more about sleeping in a heat wave.

The value of a good night’s rest

Hall, a professor emeritus with the UBC School of Nursing, has researched sleep in a variety of age groups. She explained that people aged 18 to 19 are recommended to get at least eight to ten hours of sleep a night, while older adults can settle for seven to eight hours of sleep.

However, high temperatures have interfered with the ability of some students to get adequate sleep.

For Sage Houston, a third-year political science and history student, the heat wave resulted in recurring insomnia due to being unable to cool down and relax. Even after the peak of the heat wave, her studio was 10 degrees hotter than the weather outside due to poor ventilation and lack of airflow.

“Being unable to cool off and being overheated all the time … the impact it has on your body when you’re just trying to relax and physically not able to is pretty heavy,” said Houston.

Hall said that if our rooms are hot while trying to sleep, it prevents a normal reduction in core body temperature. This can decrease the time spent in deep sleep and REM sleep, which is very important for cell repair, immune system recovery and memory.

According to Hall, a lack of sleep can be detrimental to your cognitive performance.

“If you’re not getting enough sleep, you're going to be more drowsy during the day, you’re not going to be able to focus and concentrate. It's … going to affect your memory,” said Hall. “There's lots of different effects that short sleep [duration] can have on individuals.”

Strategies for some shut-eye

Houston dealt with the heat by keeping a tower fan running all day and night. She also put hand towels drenched in cold water in the freezer and then put them on her bed and couch before laying down.

To combat the heat, Hall encouraged closing the curtains and blocking out skylights using blackout curtains or taped-up garbage bags. In addition to hand towels, if students have access to a freezer, Hall recommended that pillowcases and top sheets be made damp, put in the freezer and taken out just before going to bed.

Exercise should be avoided near bedtime, according to Hall, but moderate exercise earlier in the day can be beneficial for sleep. Similarly, a 2019 meta-analysis cautioned against “vigorous exercise” less than an hour before bed; however, some of the results that they gathered were inconclusive.

Hall also recommended that hot showers be taken an hour or so before going to bed, as the subsequent cooling down can make it easier to fall asleep. She also advised against wearing sweatpants and encouraged students to opt for lighter clothes and bedding made from cotton or linen.

Many students on campus live in residences that do not offer air conditioning. To help improve cross ventilation, which is sometimes lacking in small and shared spaces, Hall recommends opening windows at night when it is a bit cooler. Additionally, pointing a fan out of the room can help suck out the hot air and let in cool air instead.

Aside from physical discomfort, there is also an emotional and psychological toll undertaken by students due to the heat and the lack of sleep. Houston, who has ADHD, found the heat to be overstimulating.

“Being in a state of almost constant sensory overload was really tolling,” Houston told The Ubyssey in July. “I have no control over how I’m feeling right now in the slightest.”

Since the amount of sleep required depends on the individual, Hall explained that students should assess their functioning over the course of the day — if the above symptoms are felt, then it might indicate the need for a change to one’s summer sleep routine.