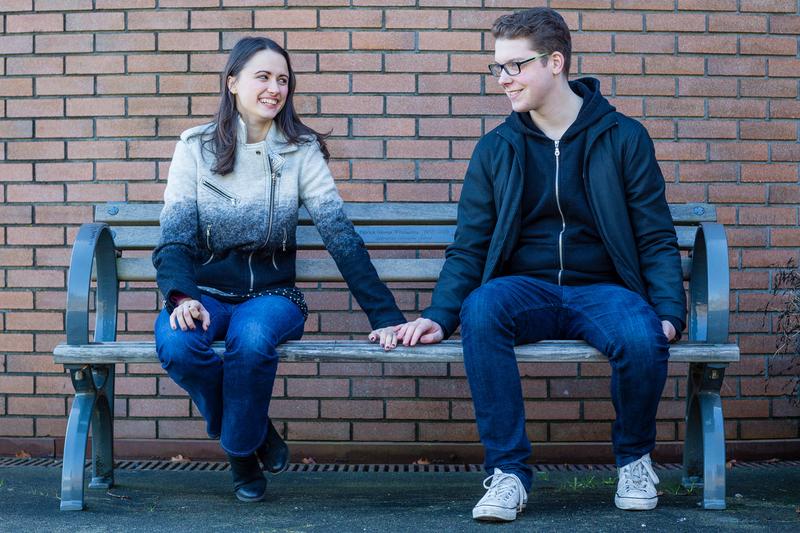 This is not physical distancing. File Carter Brundage

Over the past two weeks, public health authorities have been urging everyone to practice social distancing and for certain people to self-isolate in response to COVID-19.

The reason for this urgent plea is how contagious the disease is and how easily it can spread before someone shows symptoms, which is unlike the traditional flu.

“We will lose this battle unless we act immediately to contain this virus,” said Dr. Gerald DaRoza, head of Medicine at Royal Columbian Hospital in New Westminster and clinician affiliate of UBC Division of Nephrology, in a recent press release. DaRoza is also part of a group of physicians who wrote a public letter to Provincial Health Officer Dr. Bonnie Henry, urging the BC government to take more drastic measures, such as a public lockdown.

To help provide more clarity to the constant discussions around social isolation and social distancing, The Ubyssey has broken down the differences between these two containment strategies.

The term social distancing is being widely used, but there is confusion as to what this strategy actually means. The World Health Organization recently advocated for using the phrase “physical distancing” instead as it represents a better picture of what governments around the world are asking the public to do.

In practice, social or physical distancing mean that people can still go outside of their homes to buy essentials such as groceries or medications, as long as they remain two metres away from each other.

“What we are asking people is to remain two metres from anyone who is not directly in your household,” said DaRoza in an interview with The Ubyssey.

Social distancing is the only way to contain the spread of the virus because people may be infected and not show symptoms.

For students in particular, DaRoza said that residences can be a challenging place to practice physical distancing, but the same rules still apply. Students living in close proximity must be extra vigilant, meaning they must stay away from group activities, remain in their own rooms and not share food.

“I think the challenge is that you might sit on a surface with COVID-19 that could theoretically be on surfaces if someone from that household had it and was unaware and unable to meticulously clean their place before you came.”

The New England Journal of Medicine released a study recently maintaining that the virus can live on various surfaces for hours to days. For these reasons, officials are warning the public to be vigilant when going outside: do not touch surfaces, wash hands often and do not gather in groups.

Social isolation is a stricter term for those who are suspected to be positive or have been tested positive for COVID-19. This also applies those who are returning to Canada from travel abroad.

“Isolation is what they call quarantine,” DaRoza said.

“If you are positive, then you have to isolate — and by isolate, that means you do not go out at all. Everything gets delivered in and you do not leave your house because you are quite infectious.”

Social isolation also applies to those who are awaiting COVID-19 test results.

“If someone did a test on you then you are high enough risk and we will tell you to isolate,” he said. 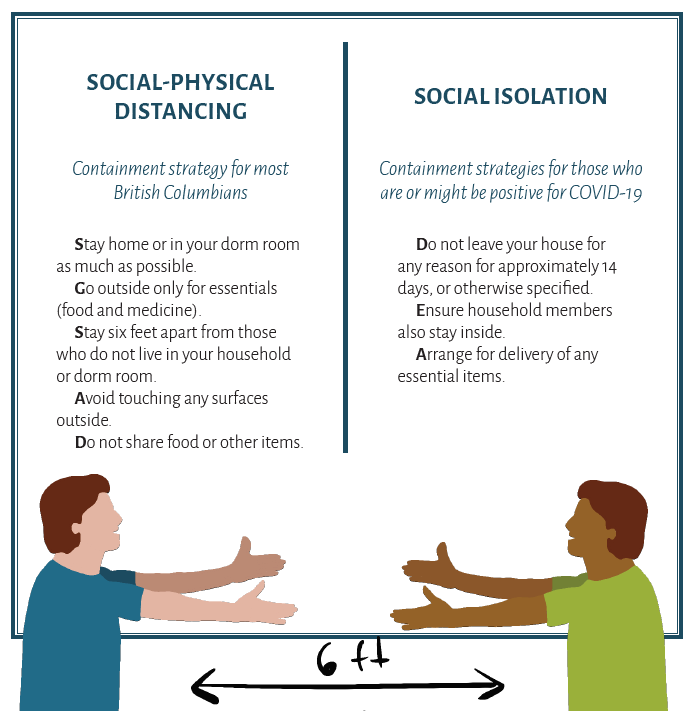 An ‘active’ way to fight the virus

The reasons to practice physical distancing are not only to protect individuals and their family members but also to protect vulnerable members in society. These could be people who have weakened immune systems or have other health conditions.

But it is still early to determine who is most at risk for severe complications from the virus.

“I have heard of cases of 25-year olds who are intubated in the [intensive care unit (ICU)] in Seattle,” said DaRoza. “So, it’s not impossible that it can have quite different consequences.”

Henry has acknowledged the uncertainty around the risk too.

“People in their 20s and 30s can get very sick with this,” she said in a recent press conference. “They can end up in ICU, they can have severe pneumonia. For some people, it can be quite a serious disease and we know that people end up in ICU in that age group as well.”

This is particularly concerning because many people — especially young people — have been gathering in groups outdoors, inside of restaurants and on popular hiking trails.

In response, Vancouver Mayor Kennedy Stewart said in a March 22 press conference that “the time for asking nicely has come to end.” The city has since then put in place fines of up to $50,000 for businesses and $1,000 for individuals for those who break physical distancing rules.

Ultimately, as everyone is at risk, DaRoza believes that everyone has a major role to play in the fight against COVID-19.

“Instead of thinking of this as a passive activity and that you're not doing anything, this is actually an active thing to willfully do this,” he said.