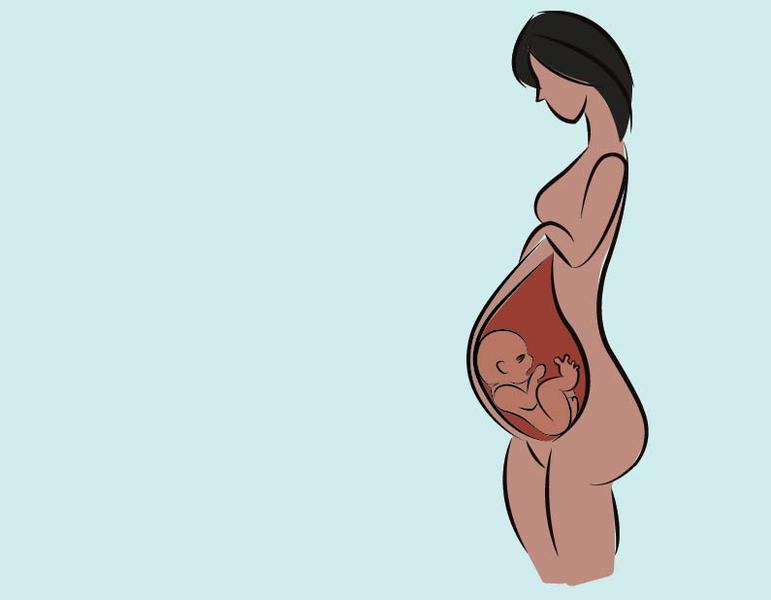 It’s the leading known cause of preventable developmental disability in Canada and affects between two to five per cent of North American children.

Fetal alcohol spectrum disorder (FASD) is a range of physical, cognitive and behavioural deficits that result from prenatal (drinking while pregnant) alcohol exposure. While the exact pathology of the disorder is unclear, a team led by UBC researchers has made a big step in understanding how it works.

The study, conducted by Elodie Portales-Casamar — an assistant professor in UBC’s pediatrics department — and PhD student Alex Lussier of UBC’s Child and Family Research Institute, is the largest human study of FASD genetics to date. Over the past three years, in collaboration with the Kids Brain Health Organization (previously NeuroDevNet), the team has been uncovering distinct DNA patterns that differ between children with and without FASD.

“What we’ve identified is what we could call a signature of difference between these two groups of kids,” said Portales-Casamar.

This “signature” has to do with DNA methylation — an epigenetic mechanism found in all cells. Epigenetics is what turns some genes “on and off” in different cells — it controls how genes are expressed, and it can be influenced by environmental factors like smoking, stress, poor nutrition and alcohol.

The researchers specifically found 658 DNA sites that had significantly different methylation in kids with FASD, compared to normally developing kids.

Finding a pattern like this opens up the possibility of identifying a set of markers for the condition in the future. Having such biomarkers, Portales-Casamar explained, could eventually help with earlier diagnosis and intervention in children. They could also help differentiate between different developmental disorders involving the brain that may present similar symptoms in children.

“There’s a very rich data set now that’s available to further our understanding of FASD and the underlying brain differences that you can observe in children with this disorder,” noted Portales-Casamar.

The data includes MRI scans, genetics, clinical and eye-tracking data — a tool that helps with the diagnosis of FASD — on the children who participated in the study.

Portales-Casamar described that this collaboration is allowing investigators to look across different disorders (like autism, cerebral palsy and sleep disorders) to see if they hold anything in common.

“There’s a large overlap for sure,” noted Portales-Casamar. Many of the genes identified in this study, she said, involve brain development in general and not specifically FASD.

Currently, the group is working on validating these results in different groups of children. Due to the subtle nature of these epigenetic patterns, such a study “wouldn’t be feasible with smaller cohorts,” added Portales-Casamar .

Lussier also added that while there is already a significant body of work done on FASD in animal models, many of the molecular findings of those studies haven’t yet been related back to humans. That’s where their work came in.

“This is really one of the first studies of its kind and it's really setting the tone for the next generation of these kinds of studies in humans.”