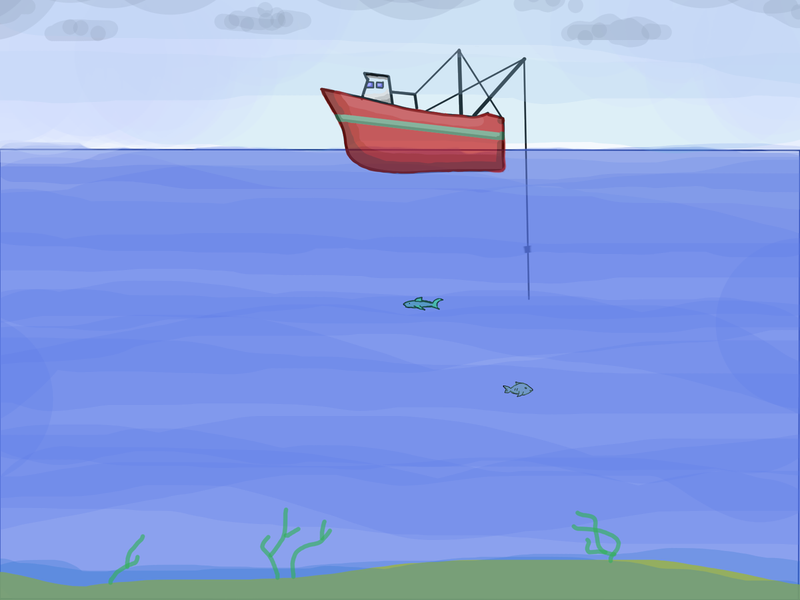 “Say you have 10 boats fishing in the 1950s. Take those 10 boats, fit them with all this new technology,” said Palomares. “Those 10 boats will be fishing with the strength of 40 boats.” Amrit Krishna

“Technological creep,” or technology’s growth outpacing our awareness of its effects, is harming fish stocks, according to a new study out of UBC’s The Sea Around Us research initiative.

The study surveyed 51 case studies over the course of two and a half years, looking at data from countries including Canada, Australia and Mexico, among others. The study observes catch per unit of effort (CPUE) and how it has shifted from 1860 up to 2011.

The “creep factor” means that fisheries are depleting fish populations faster than ever, while behaving as though they are accomplishing the same CPUE as they did in the past. The paper suggests more sustainable harvesting and management efforts be undertaken by fisheries in order to conserve the stocks, proposing a new equation to more accurately calculate the CPUE.

“For us to be able to manage fisheries properly, we need to have the correct information,” said Dr. Deng Palomares, senior scientist and project manager at The Sea Around Us. “If we are underestimating [the] catch per unit of effort, then we are not providing that whole picture.”

Palomares co-authored the study with longtime collaborator and colleague Dr. Daniel Pauly, the principal investigator at The Sea Around Us. Published in Ecology and Society, the study also looked at the negative societal impacts of rapid fish stock depletion in the Anthropocene — our current geologic era, defined by profound human change of the environment — stating that “newer technologies are profoundly different in that they have much greater environmental impacts than do the older ones.”

“Say you have 10 boats fishing in the 1950s. Take those 10 boats, fit them with all this new technology,” said Palomares. “Those 10 boats will be fishing with the strength of 40 boats.”

Fish populations are suffering from this, but the numbers also have taken their toll on the researchers, who found their discoveries illuminating but discouraging.

“I almost actually dropped [the study] because I was not getting enough data,” said Palomares. “However, we thought that it really was needed.”

While many fisheries already set restrictions on how many vessels are allowed into given bodies of water, underestimating these ships’ hidden capacity has in turn led to a harmful overestimation of marine populations suitable for fishing.

“Maybe you have $100 left in your bank account. But you’re writing checks for $1000,” said Palomares. “It’s the same thing. If you’re giving limits, but the limits are much over what the population can provide, then you are over[drawing].”

The study seeks to serve as a reminder and a reality check for fisheries. It also aims to provide background that lets fisheries in different countries advance in an informed way by cooperating for the good of the ecosystem at large. Palomares emphasized how, in this post-climate strike world, technology creep has far-reaching consequences.

“All of the economies that are depending on the stocks will suffer,” said Palomares. “So it’s time that they work together.”