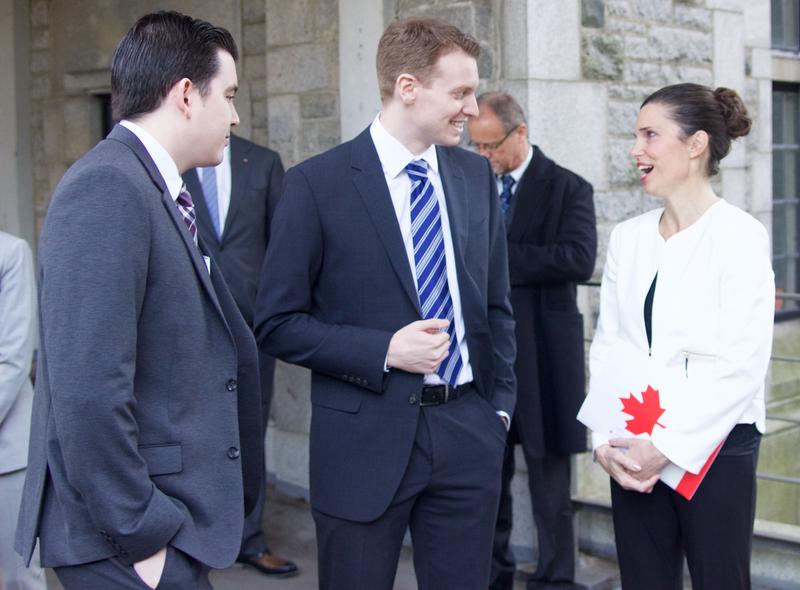 From left to right, Terry Beech, Zachary Hudson — a newly appointed CRC at UBC and Minister of Science Kirsty Duncan

UBC received $27 million today, appointing 31 professors as Canada Research Chairs. The announcement was made this morning by Kirsty Duncan, member of parliament and Minister of Science.

Across Canada, 305 Chairs were appointed, which represents a $260 million investment in the Canadian Research Chairs (CRC) program. Duncan also announced an additional $342 million through the Research Support Fund to cover research at Canadian Institutes and $17 million for infrastructure from the CRC.

At a press conference with Duncan, Simon Peacock — the dean of the Faculty of Science, Terry Beech — the Parliamentary Secretary for Science and MP from Burnaby North-Seymour, Mario Pinto — the president of the Natural Sciences and Engineering Research Council of Canada (NSERC), Pierre Normand — vice-president of the Canadian Foundation for Innovation and John Hepburn — UBC's vice-president of Research & International, Duncan announced the new CRCs at UBC. Several new CRCs were also present at the press conference.

“This is a wonderful day to recognize and celebrate the Canada Research Chair program and to recognize some of the world-class researchers here at UBC,” said Peacock.

“World class research and training that takes place at UBC fuels Canada research and development engines,” said Duncan. “Their work pushes the limits of knowledge and helps to improve quality of life.”

A full list of the new and renewed appoints can be viewed here.