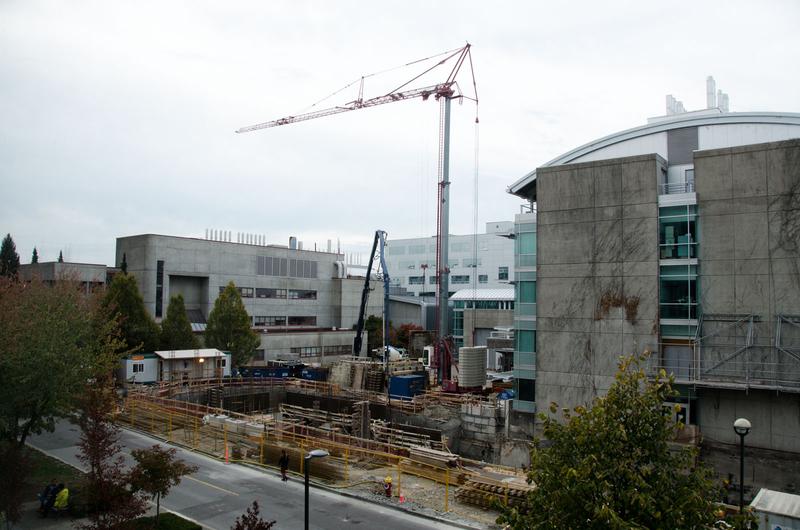 UBC researchers were able to demonstrate superconductivity in graphene for the first time according a study published this summer.

A letter, published 2012 in Nature, theorized the possibility of inducing superconductivity (conducting without losing any energy) in graphene by coating the surface with lithium atoms. Now, physicists at the Max Planck — UBC Centre for Quantum Materials (a cooperation between physicists at both institutes), brought the idea to reality this year. Although several groups have tried and failed to create the graphene superconductor based on this model, the researchers were able to achieve the feat in a high vacuum environment (an area without air) at an extremely low temperature of -268°C.

“I followed the work of others and realized that maybe we knew what the problem was,” said Andrea Damascelli, co-director of the Max Planck-UBC Centre. “Making this stuff is very difficult. When you do a calculation, it’s no problem because you put atoms wherever you like. But in practice in the lab, it’s extremely complicated.”

Graphene is a unique material composed of a single layer of carbon atoms (think of a flattened honeycomb) arranged in a repeating hexagonal pattern. Since its discovery in 2004, it has borne many titles — thinnest and lightest material known to man, stronger than steel and best conductor of electricity at room temperature, to name a few.

“What is fascinating about graphene is that it was a two dimensional object expected to be unstable and never even exist — just its discovery was a surprise,” said Damascelli.

The more realistic applications are hardly less spectacular though ranging from uses in medical imaging to the formation of magnetic field generators and sensors.

“The importance of taking a material like graphene that can sustain so many electronic properties in one and also adding to that superconductivity is really something powerful,” said Damascelli.  “It is, in general, powerful if I can design and implement all kinds of different devices all from the same material doing all kinds of different functions.”

Damascelli acknowledged that there is still a long way to go before graphene superconductors make regular appearances in our smartphones. One of the major issues lies in creating a superconductor that would be stable and functional at room temperatures and pressures, which is the eventual aim of superconductor research.

The Max Planck-UBC Centre for Quantum Materials is a joint venture by The Max Planck Institute for Solid State Research in Germany and UBC’s Quantum Matter Institute which recently received a $66.5 million grant from the Canada First Research Excellence Fund.