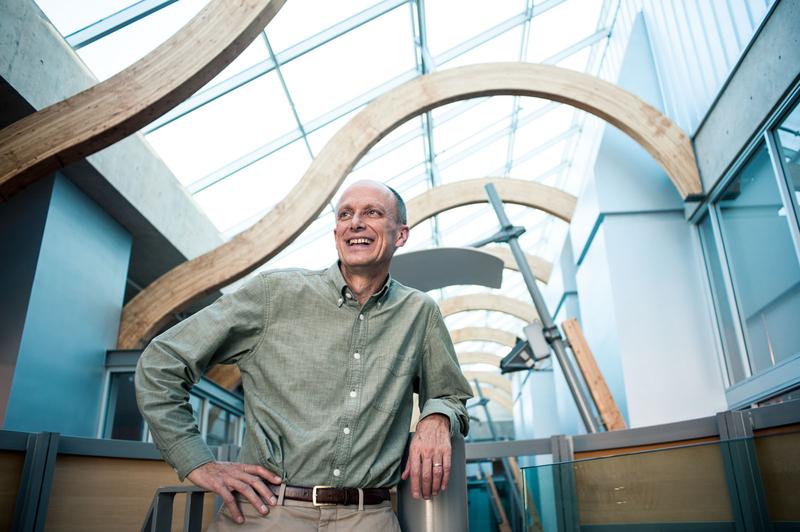 What do gut bacteria and asthma have to do with each other? Apparently, everything.

New research published in Science Translational Medicine, co-led by Brett Finlay, shows a link between four gut bacteria nicknamed FLVR (pronounced flavour) and asthma in infants. FInlay is a Peter Wall Distinguished Professor in the Michael Smith Laboratories as well as a microbiology and biochemistry professor at UBC.

“What we found was is that there is no difference at one year of age. At one year it’s too late ... but in the three month olds we found four particular microbes that, if they were there, basically you wouldn’t get asthma. If you were lacking these four microbes … you basically [had a] 21.5 times higher chance of getting asthma,” explained Finlay.

The researchers collected fecal samples from 319 infants across Canada involved in the Canadian Healthy Infant Longitudinal Development (CHILD) Study. This is the largest asthma study of this kind and the first to look at three year olds, according to Finlay.

If infants had the microbes present by three-months of age, they were unlikely to develop asthma. If infants were missing these microbes, their chances of developing asthma were much higher. However, in one-year olds, there was no difference in asthma development between those with the FLVR microbes and those without them.

“Who’d have thought gut microbes play a role in lung disease. What’s that about? As a microbiologist, I just love that."

But that isn’t even the best part.

The researchers then took poop from three-month olds, who they knew developed asthma, and transferred it into mice. Mice with the transferred kid poop went on to develop high levels of asthma. When the researches spiked the poop with FLVR, the mice did not develop asthma.

Finlay explained that this is the first proof that FLVR is involved in asthma.

Asthma is an allergic reaction in the lungs to things like pollen in the environment. The body’s response to these perceived (though not actually) dangerous allergy causing substances created inflammations in the lungs, causing shortness of breathe. Asthma affects about 13 per cent of Canadian children. In 1979 only 2.3 per cent of Canadian kids had asthma. Though not usually life threatening, asthma accounts for 146,000 emergency room visits every year across the country.

The research now allows scientists to predict if Canadian kids are likely to develop asthma and, in the future, could be used to prevent it.

“The idea is to develop these four [bacteria] as a potential probiotic,” said Finlay. “[We could] add to at-risk kids, assuming it proves safe … that’s what we’re heading for."

Finlay explained that if infants had to be treated with antibiotics, which puts them at risk of asthma, it may one day be possible to prevent asthma by treating them with a FVLR probiotic. These bacteria could prevent asthma, but it would not be a therapy to pre-existing asthma.

Finlay first started thinking about the role of gut bacteria in the development in asthma when his wife, a pediatrician, mentioned that kids treated with antibiotics had higher rates of asthma.

“This tweeked my interest, it puzzled me.” That was seven years ago. But it will take a few years before the research can be used to prevent asthma.

“Science does take a while. When everyone says, ‘When’s the drug out,’ kind of thing, that’s another few years,” stressed Finlay.

The project was co-lead by Dr. Stuart Turvey. Turvey is a pediatric immunologist, BC Children’s Hospital director of clinical research and senior clinician scientist at the Child & Family Research Institute. Tingle is a professor of Pediatric Immunology at UBC.