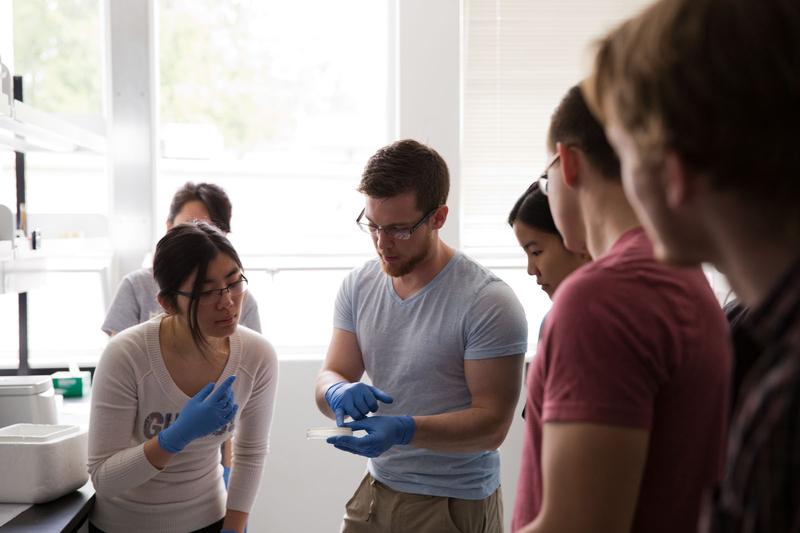 UBC iGEM worked in the lab, and outside of it, to create a genetically modified bacteria to help bees survive pesticides.

Every year, students from UBC compete in the International Genetically Engineered Machine (iGEM) Competition designing a microorganism that solves a problem. This year, UBC’s iGEM team worked on creating a genetically modified Gilliamella apicola (a type of bacteria that lives in bees' intestines) that can help bees combat colony collapse disorder.

Bees are an important part of the food chain and the economy pollinating around $1 trillion dollars of food annually. Crops that bees pollinate account for 35 per cent of the calories consumed every year. Bees are a big deal in your life even if your only interaction with them is running away to avoid being stung.

In the past decade or so, beehives have been suffering from colony collapse disorder, commonly referred to as CCD. The disorder was first recognized in the winter of 2006-2007 when beekeepers began reporting unusually high winter losses with some losing up to 90 per cent of their hives. About half of these deaths were from causes previously unknown to honey bees.

“What a lot of people don’t realize is that there are a lot of factors that contribute to colony collapse ranging from viruses [and] mites to just the environment,” said Yuqing Du, a second-year engineering-physics student and an iGEM team member.

The UBC iGEM team decided to take on pesticides to combat CCD. The team, according to Du, began with an idea to make honey bees “immune” to pesticides. The team focused on neonicotinoids, a pesticide associated with CCD.

“[Neonicotinoids] are good, I guess, because they are specific to insects,” explained Kevin Ng, a fourth-year microbiology major and first-year team member. "It still can’t differentiate between actual pests and bees."

But the iGEM team is hoping to change that. Gut bacteria are bacteria that make their home in an organism's digestive tract and “pay rent” by providing the animal with nutrients and protection from bad bacteria, virus and parasites. Gut bacteria are commonly referred to as probiotics. 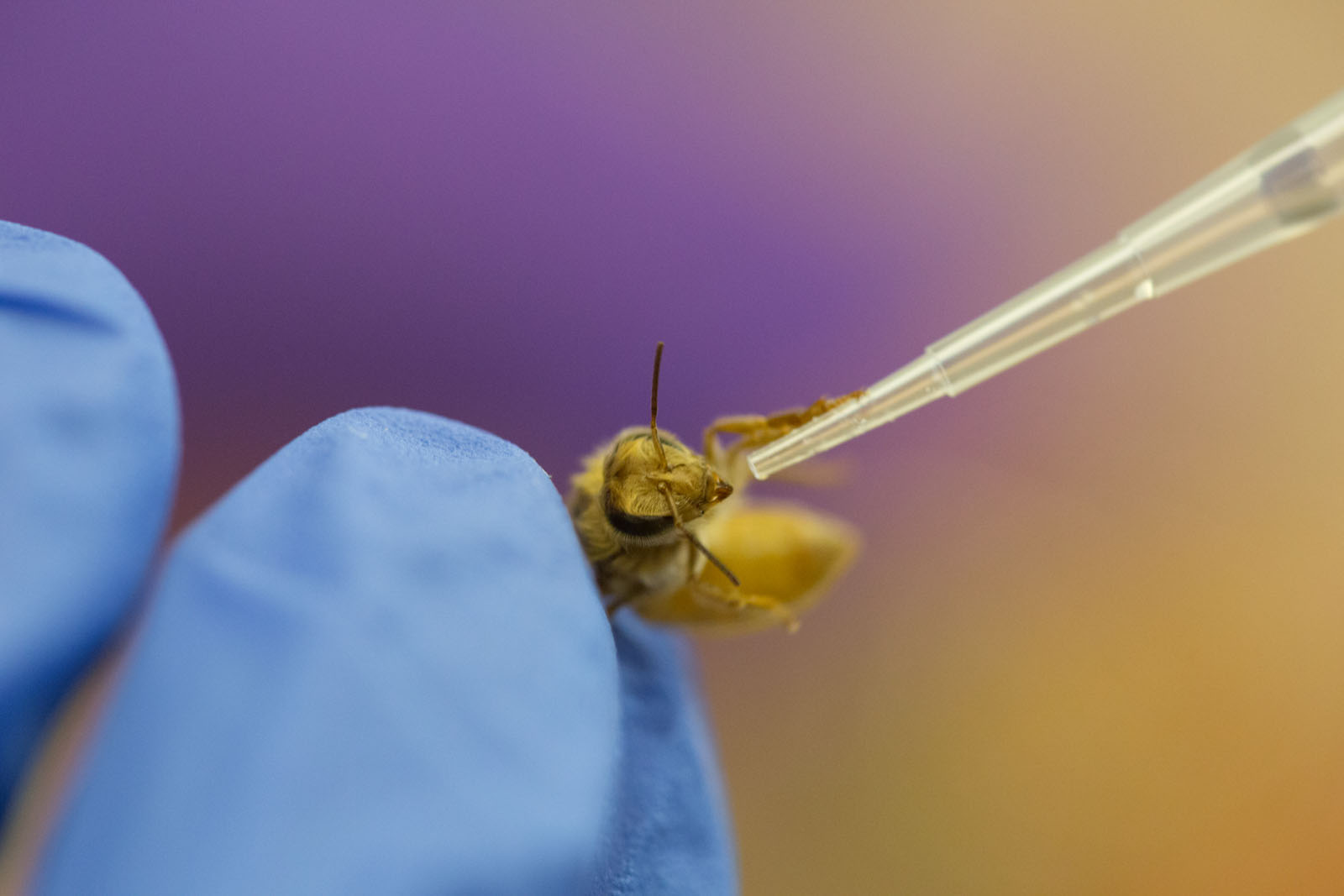 The iGEM team test their bacteria in bees before the annual Jamboree.

The team is working with a bee gut bacteria called Gilliamella apicola and engineering it to break down neonicotinoids into a less toxic chemical. Because G. apicola is found in bees and not other insects, it will only protect bees from the pesticides and other insects will still be killed by the toxins. The bees are effectively immune to the pesticide, while other insects are still affected.

"I think a lot of teams would have stopped there,” said Ng, a slight smile sliding onto his face. "We wanted to, first of all, make it completely non-toxic ... another thing we were able to do with this pathway is to degrade it into fumaric acid which then feeds the bacteria and provides it with energy."

The bacteria breaks down the toxic pesticide into bacteria food -- that’s the plan at least. The team is currently testing their genetically modified organisms in the lab to determine whether they are effective or not.

The iGEM team travelled to Boston from September 24 to 28 completing in the annual jamboree contest. Teams from around the world present their findings to a board of experts.

UBC’s team will decide whether they want to pursue the project at iGEM next year, as independent research projects or as a biotechnology startup after they receive feedback from the jamboree.