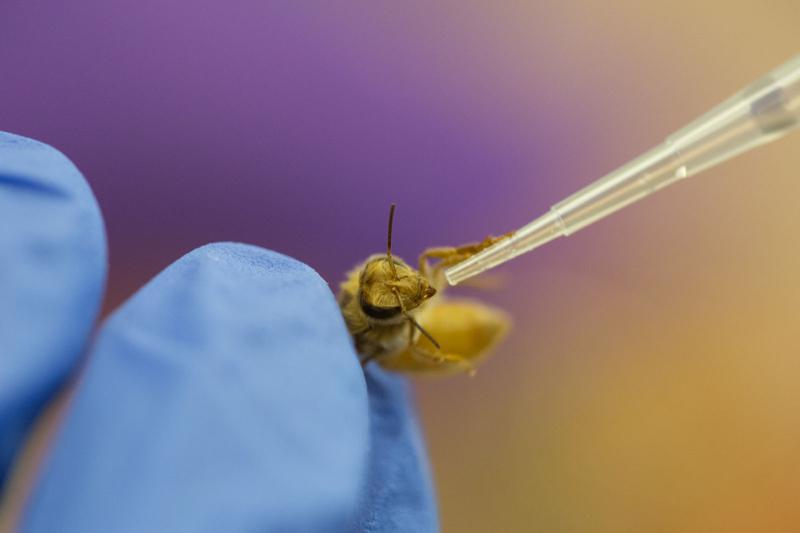 UBC scientists are working to selectively breed Western honey bees with stronger genetic traits in order to make them more resistant against disease.

Since 2006 or 2007, bees have been dying off at alarming rates across North America, Europe and Australia. While bee colonies in the past would generally lose about 15 per cent of their colony during the winter, this rate has recently sprung up to nearly 30 per cent.

According to UBC Professor Leonard Foster, the bees have been dying due to various diseases — although it’s not entirely clear why mortality rates among bees have recently skyrocketed.

“All the losses are due to things that we did know about and can define. But why they’re suddenly making a big difference, we don't really know,” he said.

In order to enrich their gene pool with disease resistant traits, Foster plans to use the process of selective breeding — a technique frequently used in farming where you take a male and a female with the specific traits and breed them together with the hope that their offspring will have the desired traits.

Foster also intends to employ the use of modern molecular tools to detect which bees will be more resistant to diseases than others.

“We’re looking at the proteins that are involved in sensing signals ... the trait that we’re interested in breeding is actually a behaviour and it’s a behaviour that allows the bees to more easily sense when there’s a disease or a pathogen present and remove it,” he said.

Although selectively breeding bees is nothing new, Foster states that it’s rarely done on an industrial scale because it’s a lot more difficult to do.

“The mating is more complicated: Essentially one female will mate with up to 20 different males and they also do this while flying in a large radius. Controlling who’s mating with who else is a little bit difficult,” he said.

Whereas inbred crops and livestock can still be very healthy, it’s harder to inbreed with bees because bees have evolved internal mechanisms that prevent healthy inbreeding.

It’s also worth noting that there is no genetic modification occurring in this process — the disease-resistant genes that Foster is looking for are simply natural variations in the bee population which he plans to expand into the gene pool via selective breeding.

Although Foster currently has a few years experience with the project under his belt, it’ll take some time before any significant changes may appear.

“We’ve shown that the process works.... To actually make it so that we can do what we want, we’re probably four to five years away from that point.”