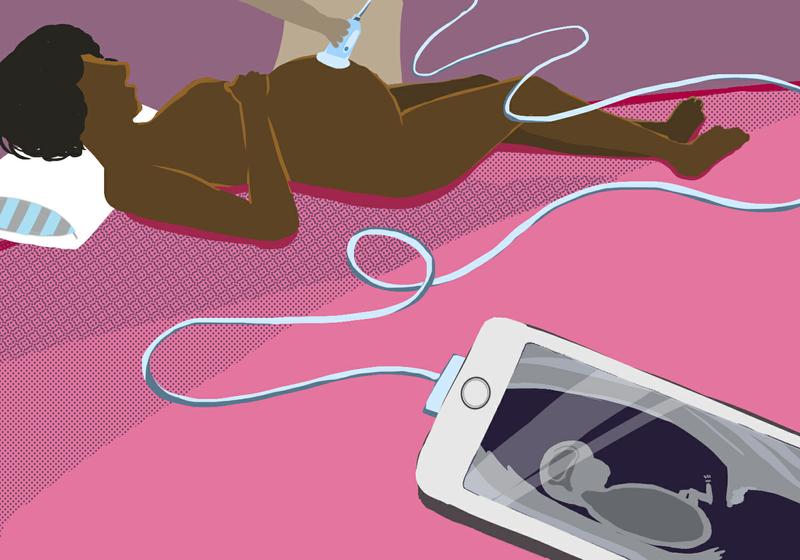 The group has developed a method to fabricate transducers for just a few hundred dollars. Kristine Ho

A group of engineers from the UBC departments of electrical and computer engineering have developed a new kind of ultrasound transducer that will dramatically decrease the price of ultrasound machines — paving the way for making them miniaturized and wearable.

Ultrasound machines use high frequency sound waves to scan your internal organs and soft tissues. They are most commonly used during pregnancy to create images of the developing fetus. Although ultrasound machines are currently quite expensive, a UBC group has developed a method to fabricate for much less.

The UBC team is using surface micromachining, a fabrication technique similar to 3D-printing, to build ultrasound transducers, the device that creates the sound waves, out of cheap polymer plastics. An electric voltage is applied across a tight membrane stretched over a cylindrical drum, which creates the ultrasound waves.

Dr. Robert Rohling — a professor in the departments of electrical and computer engineering, and mechanical engineering — began working to develop the software side of ultrasound machines for the project. However, the difficulty of ordering external hardware for testing and prototyping led PhD candidate Carlos Gerardo to develop his own in-house ultrasound transducer fabrication technique.

This new micro-fabrication technique builds the transducer drum layer by layer as a solid cylinder, then uses a solvent to hollow out the drum so that it can produce the ultrasound waves.

A year after the project began, Gerardo had his initial proof of concept. The new fabrication technique led to a prototype that required several hundred volts to operate, making it unsafe for personal use. Talking about Gerardo’s work, Rohling said “there’s both a good science, and a little bit of art.” Two years of prototyping and several iterations later, Gerardo perfected the in-house surface micromachining technique and developed a working transducer prototype.

In addition to reducing the cost of a traditional ultrasound machine, the new transducer technology has the potential to be scalable. While most manufacturing techniques need to be heavily adapted for the scale of the project, Rohling explained that the fabrication method they are using is exceptional. “We've run some initial test that shows [that], in theory, we can scale this to a very small size as well,” he said. This would mean that the new ultrasound machines could be used to scan organs from within the body.

There is also potential for applications outside of medicine. “For instance,” Gerardo explained, “in materials engineering, ultrasound is used to detect internal damages to structures or possible defects like crack[s] in piping or in turbine blades.” Although the team has not done any tests in this particular field, Gerardo expressed hope that through following medical application testing, they would be able to widen the scope of their design.

This new imaging technology represents a growing trend in wearable medical devices, which could prove to be a boon when it comes to bringing down the high costs of health care. Wearable technologies allow consumers to receive real-time clinical data that can be used to better understand a person’s long-term physiology. This results in more data that clinicians can use to make informed healthcare decisions, and therefore provide a better quality of life.

The biggest current obstacle for this sort of medical device revolution is the cost. Scaling other traditional medical diagnostic machines, such as PET and CT scanners, for personal use will require similar innovations in biomedical engineering.