What you need to know about Movember 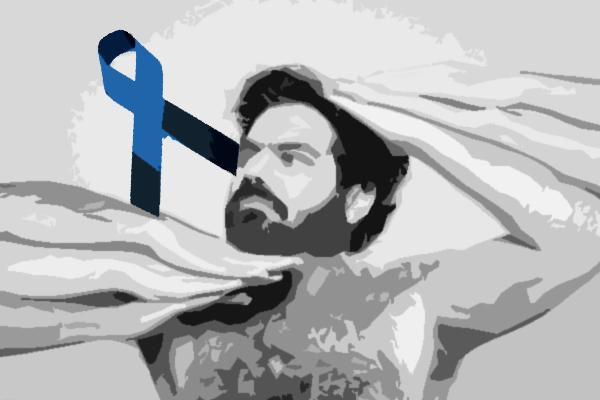 November, affectionately known to many as “Movember,” is a month dedicated to raising awareness for issues related to men’s health — especially prostate cancer.

According to the Canadian Cancer Society, prostate cancer is currently the most frequently diagnosed cancer among men and accounts for approximately 10 per cent of all cancer deaths within men.

Why is prostate cancer so common?

Normally, the prostate gland produces a fluid that nourishes and protects sperm. However, unlike most other tissues, it continues to grow throughout men’s lives. Since it is situated close to the urethra — the tube that carries urine away from the bladder — prostate gland enlargement can often lead to urinary difficulties in older men.

Another danger with this pattern of continuous cell division, of course, is the increased risk of mutations — mistakes in DNA — which can lead cancer. An individual’s risk for prostate cancer depends on ethnicity, diet, family history, and others factors. Interestingly, mutations in BRCA genes — mostly associated with breast cancer — can also increase likelihood of prostate cancer.

So how is prostate cancer treated?

There are currently many different methods of treating prostate cancer from surgery to cryotherapy — the method in which cold temperature is used to freeze prostate gland tissue, causing cancer cells to die. However, in men who are at high risk of cancer recurrence after surgery or radiotherapy, suppressing the hormone androgen can be used to slow down the rate of cell growth.

According to Alastair Davies, a UBC post-doctoral fellow working at the Vancouver Prostate Centre, patients on hormonal therapy present a particular challenge.

“Although [hormonal drugs are] initially highly effective in about 25 per cent of patients, the tumours continue to grow and spread throughout the body. These cancers, known as castration resistant prostate cancer, remain essentially incurable.”

Part of the problem, Davies explained, is that some “[prostate] cancer cells can be re-educated and emerge as cancer stem-like cells that are ‘seeds’ for cancer growth.” This can happen even in the presence of anti-androgen drugs.

Davies is part of a UBC team of scientists currently examining key proteins involved in this resistance process. They hope that by shutting off these key mediators using targeted therapy, they can greatly improve the prognosis of some prostate cancer patients.

Another group of UBC scientists recently used malaria protein to successfully target prostate cancer tumours in mice models. The drug is currently being developed for human clinical trials. If successful, this can mark a new, highly specific biological treatment for prostate cancer.

You don’t need to be a scientist to contribute to understanding more about these diseases.

That is one of the messages that Thomas Canale and Sanjeeva Rajapakse, two first-year medical students, wanted to emphasize. Canale and Rajapakse are part of the UBC Men’s Health Initiative which helped organize a Movember campaign called the “Hippocratic Growth.” The campaign has already raised more than $4,000 which will eventually be used for research as well as treatment of prostate cancer.

Their club, the Men’s Health Initiative, will also be hosting guest speakers later in the year for students who are interested in learning more about prostate cancer.

Students can also choose to visit the Prostate Cancer Help Yourself website to obtain additional information from an ongoing UBC study regarding the effectiveness of prostate cancer support groups and gain different medical perspectives on prostate cancer through online podcasts.