‘Small but mighty’: A deeper look at white dwarfs 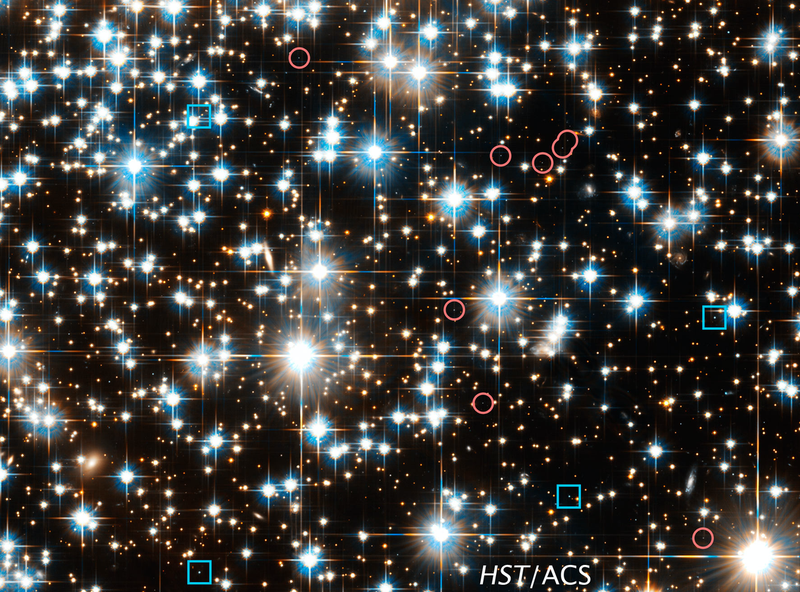 White dwarfs were the stars of the show at a talk hosted by the UBC department of physics and astronomy last summer.

In honour of Seminar Throwback Thursday, The Ubyssey will delve into the Small But Mighty: The Tiniest White Dwarf and Other Stories seminar, which took place on July 19 and featured Dr. Ilaria Caiazzo, a UBC alum and current Burke Prize fellow at CalTech. In her talk, Caiazzo discussed how recent developments have improved the scope of white dwarf star research and opened avenues for future studies that will allow researchers to truly reach for the stars.

White dwarfs are what’s left when low-mass stars have depleted their nuclear fuel and reached the end of their life. For those curious — and maybe questioning their astronomy knowledge — black holes and neutron stars can also result from the “death” of stars, but that process is reserved for stars of a very high mass.

In her presentation, Caiazzo likened white dwarfs to “stellar corpses,” highlighting that nearly 95 per cent of stars transition to this stage at the end of their life.

“You can see that, compared to … neutron stars, white dwarfs are so common and so numerous that we can study them much better,” said Caiazzo.

Models suggest that some white dwarfs may have cores consisting of oxygen and neon, unlike the conventional oxygen and carbon core — but according to Caiazzo “we still don’t truly understand what is going on inside them.” Many other properties of atypical white dwarfs represent “open questions” for the field.

Adding to the complexity is the 20 per cent of white dwarfs that are magnetic, with a wide range of strength in magnetic fields. A magnetic white dwarf can be a result of evolution or interactions with other cosmic bodies.

Magnetic, rotating white dwarfs are the primary target of Caiazzo’s research, a field that gained substantial momentum in recent years.

“This is a great moment to study white dwarfs,” she said.

The space observatory Gaia, as Caiazzo explained, has revolutionized star research, as it allowed for more precise photometry and spectrophotometry. Through Gaia, astronomers went from having 35,000 known white dwarfs to approximately 400,000.

In her presentation, Caiazzo discussed the recent discovery of two magnetic white dwarfs (and one that had been previously observed) using Gaia. Methodically, she addressed each potential origin for their magnetism, before settling on their magnetic origin being related to a hidden magnetic field in the convective core of their progenitors.

Though these three white dwarfs may have a similar magnetic origin, Caiazzo emphasized the diversity among white dwarfs.

“As I said at the beginning, the range of magnetic fields in white dwarfs is very big,” she said. “And so we can have different processes creating different types of white dwarfs.”

Some of Caiazzo’s previous work has also involved the analysis of white dwarf clusters to determine their mass, temperature and cooling age.

In this data set of white dwarf clusters, there were no white dwarfs greater than 1.1 times the mass of the sun, nor were there any progenitors with a mass above 6.5 solar masses. However, as Caiazzo explained, this data cannot conclusively point to any maximum mass constraints for white dwarfs.

She explained that certain white dwarfs may be absent from the data set as they “escaped” from the cluster.

“We may have not found them just because they are not there anymore,” said Caiazzo.

A project that she has in preparation, alongside UBC researchers Dr. Jeremy Heyl and Dr. Harvey Richer, aims to reconstruct these open clusters to account for the more massive (and ancient) white dwarfs that may have escaped.

More recently, Caiazzo’s research on white dwarfs has continued to be out-of-this-world. Last year, she was the lead author, alongside her colleagues from UBC, in a Nature publication that featured the discovery of a moon-sized white dwarf called ZTF J1901+1458.

This is the smallest (and most massive) white dwarf discovered to date and, according to Caiazzo, “is extreme in almost every respect.”

“It is really, really on the verge of what a white dwarf can be,” she said.