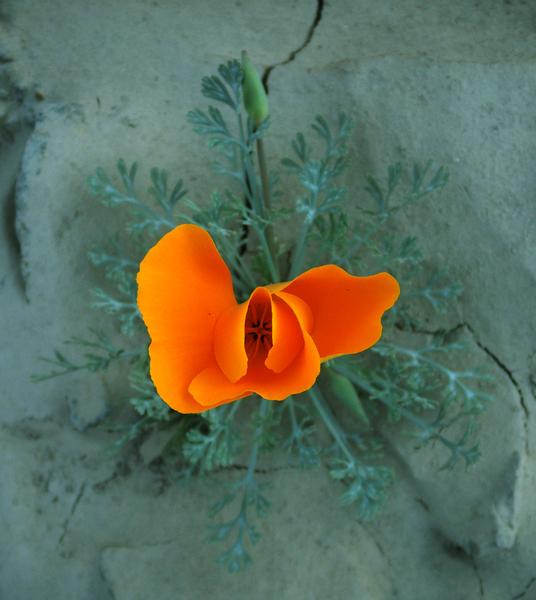 Nature’s response after a wildfire is immediate, which can yield nutrient rich vegetation covering the forest floor within months; nine months after a wildfire in Arizona, this poppy bloomed amidst the ashes. Creative Commons / cobalt123 / Flickr

According to Global News, “This year’s B.C. wildfire season is now the worst since 1958.”

As of August 4, the season cost the province $204 million and burned 894,491 hectares. Now, as the flames start to dwindle, the focus of the provincial government shifts mainly to recovery, including the ecological recovery of the forests.

It is important to remember that forests are evolutionarily adapted to natural disturbances, so there are a range of responses which occur after a wildfire.

After some fires, the soil changes so that more nutrients are available for lower vegetation. Soil also contains a large store of seeds, some of which are in cones and can lay dormant for many years. After a fire, these seeds get their opportunity to grow, causing a burst activity from pioneer species.

Dr. David Andison, adjunct professor in UBC’s department of forestry said, “I’ve been on some cases where the shoots are coming up as the fire is still smoldering.” Nature’s response after a wildfire is immediate and aggressive, which can yield nutrient rich vegetation covering the forest floor within months.

These typically leafy plants provide sustenance for herbivores and protection from harsh conditions for young tree seedlings. “It is a chance for this ecosystem to hit a reset button,” said Andison.

However, the time frame for when the vegetation would grow overlaps with the prime time for salvage logging, because lumber after a wildfire will only remain viable for eight to twelve months. The trade-off of short term economic benefit and long term ecological risk creates a dilemma for the provincial government in deciding how to regulate salvage logging and is at the heart of a nationwide debate.

Andison opines that the ecological impacts should be taken more seriously when deciding how to proceed.

The idea of salvage logging and replanting trees in order to give the forest community a head start may or may not lead to beneficial results.

Researchers like Andison argue that replanted trees could fail to grow, precisely because salvage logging does not allow a low lying vegetation community to grow before replanting trees.

Microorganisms, called ectomycorrhizas, attach themselves to the roots of trees and create a symbiotic relationship which nourishes both species. The likelihood of these beneficial relationships forming is reduced when the vegetation community is not allowed to grow.

“I would never say, ‘don’t go in and never do salvage logging,’” said Andison. “What I’m trying to say is that if you do it, you have to recognise that there is a long term ecological risk to it; it’s not a freebie.”

As the nation wide debate heats up, it is crucial to take into consideration that wildfires in the future are likely going to be as, if not more, intense and widespread as we saw this year. Due to climate change and fire fighting practices of the past fifty years, the forests have grown older and denser, which means that there is more fuel for wildfires.

“Ironically we created those conditions for hot fires in some of those ecosystems,” said Andison. “Letting fires burn through every 30 or 40 years would have kept the biomass down, kept an age cross distribution across the landscape that would have been more variable, and there would have been natural fire breaks. ”

Before there were people, fires burned often and with lower intensity.

Most fires moved along the ground and there were less trees making it harder for the fire to reach the crown. This lead to a “mosaic of trees” and caused the natural fire cycles to be less severe. The mortality of trees after these wildfires was “between 30-40 per cent,” according to Andison.

Currently, Andison is collaborating with Dr. Lori Daniels, UBC professor of forestry and the principal investigator conducting research on fire regimes and forest dynamics in the foothills of Alberta, Rocky Mountain National Parks, Kootenay, Okanagan and Cariboo regions of BC.

One of the aims of these studies is to compare the present and historical conditions of these forests to better understand how to proceed and be proactive about wildfire response and recovery.

“If we don’t understand the natural fire regime of the system, then the debate about what to do deteriorates because then it’s just based on opinion,” said Andison in support of the research.

“This [research] involves people's livelihoods. This is real for people; it’s not just an academic exercise,” said Andison, “so we want to make sure that we get our facts right and then we can have a better discussion about how we want to move forward.”