“Enjoy the summer as best as you can because it is going to be an ongoing problem for years to come.”

As UBC students returned to school, there were still over 500 wildfires burning in BC and the province had just extended its state of emergency — first declared on August 15 and not called off until September 7.

While UBC’s campuses in Vancouver and Kelowna were largely unaffected, some campus community members — especially those residing in the BC interior — have felt the repercussions of the fires in their daily lives.

Health problems due to the wildfire smoke and compromised air quality were also a source of concern. According to Professor Michael Brauer from UBC’s School of Population and Public Health, certain populations such as pregnant women, young children, the elderly and those with an existing respiratory or cardiovascular problem, are particularly vulnerable.

Wood smoke can have long-term impact on health

“Air pollution warnings are largely driven by PM2.5,” explained UBC mechanical engineering Professor Naomi Zimmerman. These particles, which are smaller than 2.5 microns in diameter, “have been linked to all sorts of negative health outcomes.”

PM2.5 are also the primary pollutants released by wildfire smoke and can amplify the formation of ground-level ozone when they react with sunlight, further increasing the amount of air pollution in the area.

Dr. Matthew Zeglinski, a postdoctoral fellow in UBC’s department of pathology and laboratory medicine, confirmed that at a physiological level, “the effects that you see from wood smoke will mirror what you’d see with cigarette smoke.”

Lungs use air sacs called alveoli in order to allow you to breathe in oxygen and breathe out carbon dioxide. This process is known as gas exchange and the alveoli are lined with a barrier of tightly connected single cells so that the membrane is selectively permeable.

“We find with the wood smoke that the proteins that keep the cells in these tight junctions, they actually begin to break, which makes these pores bigger,” said Zeglinski. In effect, they disrupt the protective barrier.

Wood and cigarette smoke also contains a host of polycyclic aromatic hydrocarbons, harmful organic molecules most commonly found in coal and tar deposits, as well as noxious gases such as carbon monoxide.

These fine and ultra-fine particulates in the smoke can diffuse into your bloodstream through the alveoli and cause plaque to build up inside the lungs. If the barrier is disrupted, bigger molecules or an increased number of smaller molecules can enter your bloodstream.

“Your lungs are no longer effectively able to keep out the particulate from entering your system,” Zeglinski said.

The effects of these particulates on your body can be wide-ranging and can include cell death and altered cell signalling.

It’s clear that it is important to understand how wood smoke effects Canadians’ health, but there is extremely limited research out there and next to zero long-term studies.

“It is a major topic to research, it’s just that the field as a whole is in its infancy,” Zeglinski said.

Until more research is published explaining the health impacts of seasonal wildfire smoke, it is important to limit one’s exposure during the wildfire season in the upcoming years. Staying indoors, especially in air-conditioned rooms, with the windows closed is the best way to avoid smoke.

While Brauer reassured that the impacts should be "temporary and fairly mild” for the average UBC student who is healthy, he agreed with Zimmerman who noted that “there’s not much we can do in terms of our ability to reduce the wildfire smoke.”

“Really we’re at the mercy of the meteorological patterns,” Zimmerman continued, expressing a sentiment shared by many of the experts who have been evaluating and monitoring the wildfire situation over the last few years.

“Enjoy the summer as best as you can because it is going to be an ongoing problem for years to come,” said Zeglinski. 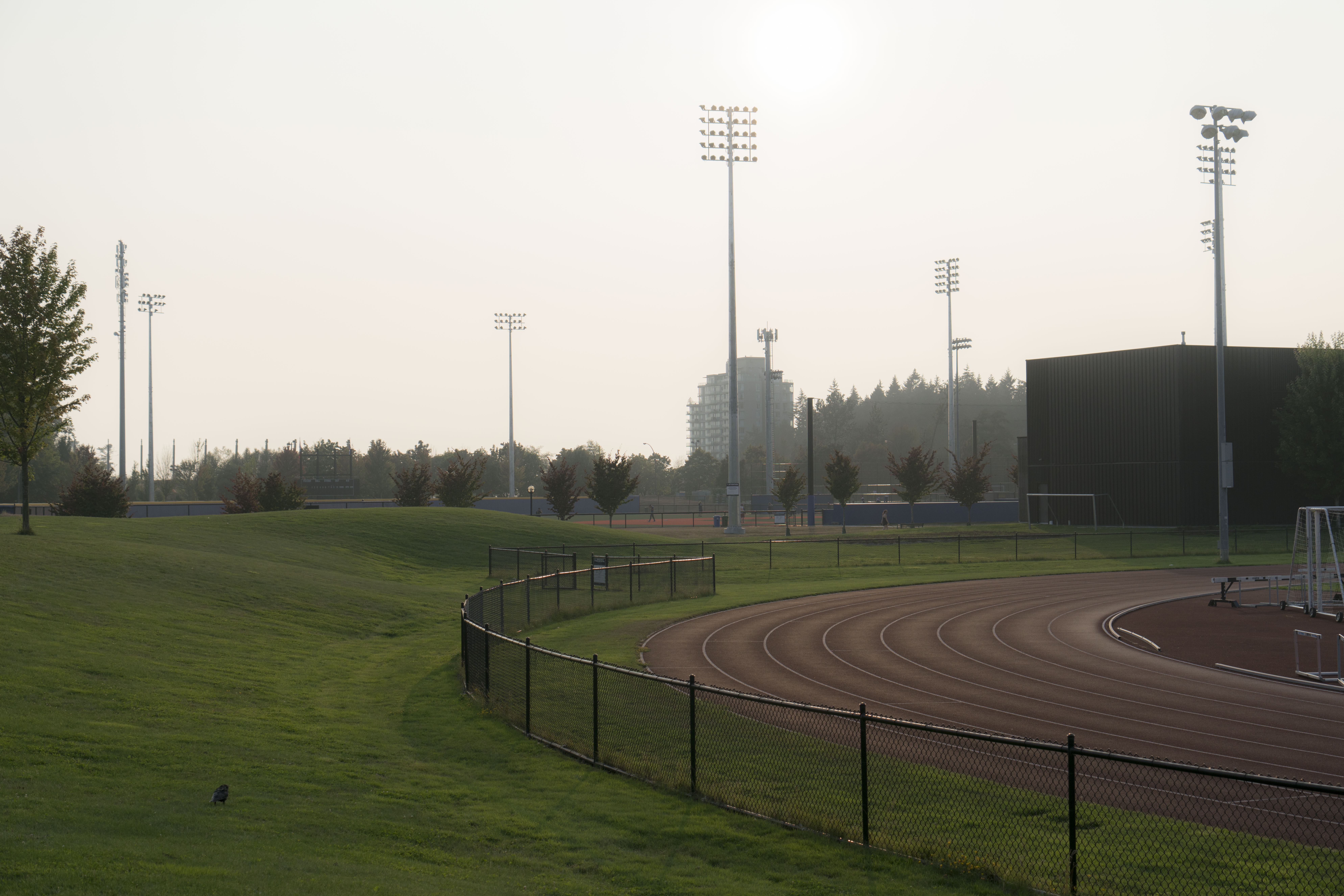 “[Many] people live with this air quality almost year round, and hopefully we’ll never end up like that in Vancouver,” said Zimmerman. Elizabeth Wang

“Sometimes we talk all doom and gloom, but I do like to emphasize that policy is important and we’ve seen a lot of success stories,” said Zimmerman.

“[Vancouver has] put in a lot of work starting from the the 60’s onwards, reducing a lot of our pollutants, cleaning up vehicles emissions, industrial emissions and we’ve definitely seen the benefits — policy works.”

While the summer wildfire season can be expected to increase in severity over the years, Zimmerman said it is likely that overall air quality in BC during the year will remain at levels “far cleaner than most places in the world.”

While this may not be the answer British Columbians are hoping for, Zimmerman pointed to the dose-response curve for PM2.5, which can be used to highlight the relationship between pollutant exposure and human health response, as a reason to stay optimistic.

When baseline air quality contains high pollutant concentrations, large reductions in air pollution will not lead to the same reduction in negative health effects, rather the health response will change only minimally.

But in Vancouver, Zimmerman explained, “we’re on the lower end of the dose-response curve, which means that even marginal improvements in air quality should see improvements in health outcomes.”

Many countries, such as India, are turning to cleaner forms of energy such as wind, hydro, and solar, as they are enticed not only by the lower environmental impact but largely because they are also the cheapest and most effective options to meet high energy demands. Brauer emphasized that “we can move aggressively on changing how we produce energy and power, we have all the clean energy sources available to us, they're cost effective.”

“[Many] people live with this air quality almost year round, and hopefully we’ll never end up like that in Vancouver,” said Zimmerman.

However, she re-iterated that the wildfires serve as an important “reminder of what these real global air quality challenges actually look like — to help incentivize people to care about these policies and this kind of research.”