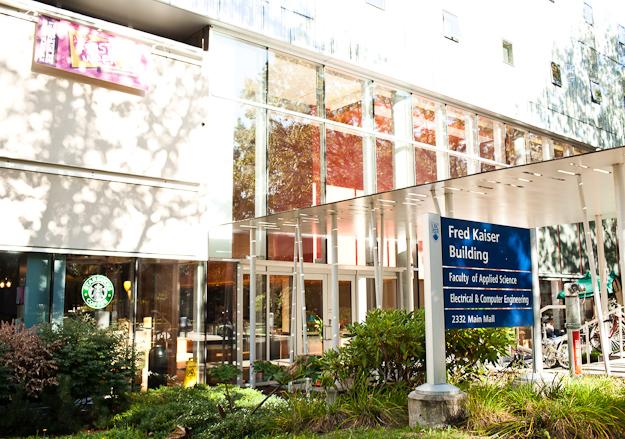 “We believe that engineering profession should reflect the society that it serves," said French-Staub. File Geoff Lister

Historically underrepresented in STEM, women and gender minorities are now a top priority for UBC engineering faculty as they work towards balanced representation — and the enrollment numbers are starting to show it.

The rate of women entering the engineering program at UBC has risen from 19 per cent in 2007 to 31 per cent in 2018. The current national average is around 23 per cent.

Much of the initiative at UBC to encourage women to pursue engineering started with West Coast Women in Engineering, Science and Technology (WWEST), a program that has encouraged diversity in STEM since 2010. That program, once led by a UBC professor, has since shifted its leadership to SFU.

Even with the program’s move, Sheryl Staub-French, advisor on equity, diversity and inclusion for the faculty of applied sciences, stated that the impetus from WWEST to encourage women into engineering has become a part of the structure at UBC.

“We believe that [the] engineering profession should reflect the society that it serves. Our goal is 50/50 … we’ve really shown that you can move the dial, that if you invite girls and young women to come, they do come.”

Staub-French believes that the main obstacles for women’s engineering recruitment are twofold. On the one hand, unlike other male-dominated fields like law or medicine, few people outside the engineering field really understand what the career entails. The other problem she identified plagues all STEM fields: a lack of representation in both the classroom and work force.

To work on the former, UBC holds workshops to educate middle school teachers and parents about engineering and get the word out early so students can understand the details of what engineers do in their day-to-day.

Lack of representation is harder to tackle because of its cyclical nature. When minorities see few role models from their demographic, it is difficult to stay in the field — perpetuating fewer role models. This problem is being approached by UBC in a multitude of ways, almost all of which focus on overcoming imposter syndrome and contributing to a student’s sense of belonging.

“The single biggest thing we can do to help [a new female engineering student] is to help them feel that they’re a part of the community,” said Staub-French.

This plays out in a few ways at UBC. One community-building element is an active Women in Engineering group that supports events ranging from resume-writing workshops to women-in-engineering themed costume parties, to a commemoration of the École Polytechnique massacre. Other techniques to encourage a sense of community involve bringing in senior students to discuss and normalize the struggles of being a first-year, as well as working to make sure faculty are aware of their own biases.

During their first-year, the 800+ new engineering students also work in smaller groups on applied projects that give them a sense of larger positive impact. Through this work, Staub-French hopes to help students understand that, despite the rigorous coursework, “the work that we do as engineers [is] a helping profession. [We’re] trying to make people’s lives better [and] communities better.”

Beyond faculty-led initiatives, students have also started programs aimed at improving representation in engineering as well. Veronica Knott, 2014 president of the UBC engineering undergraduate society, worked with WWEST and UBC WWEST to create a ceremony at the beginning of the year where first-years pledge to uphold engineering ethics and to show respect and integrity in the workplace.

Staub-French said this shows the desire that students have to continue pushing the culture towards inclusivity. “I think the new students aren’t going tolerate inappropriate behaviour or any of those other things that can really act as barriers to people staying in the profession.”

If these and other initiatives keep working as intended, the rate of women entering engineering programs should continue to climb, hopefully one day reaching the goal of 50 per cent.