The real science behind the zombie apocalypse 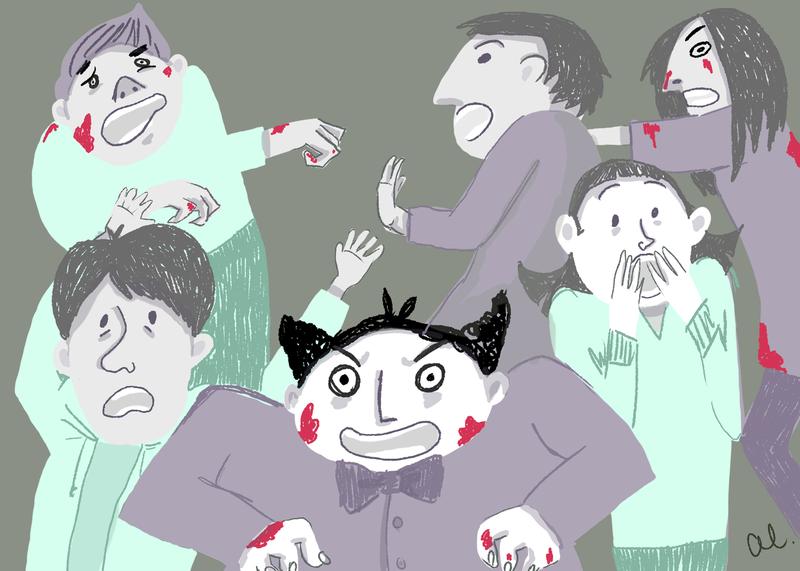 Zombies walk among us! Just not the kind you’re thinking of.

The UBC School of Population and Public Health (SPPH) held the second of their Grand Rounds event series on October 21, discussing the real science behind the zombie apocalypse. Speakers from SPPH and UBC’s interdisciplinary studies program talked about how to identify, manage and model an outbreak if the undead were to rise.

While fictional zombies have become a cultural phenomenon thanks to shows like The Walking Dead, real life zombies exist in nature. Interdisciplinary doctoral student Kaylee Byers spoke about parasites that manipulate their host with the end goal of pupating and reproducing. Parasites like roundworms and wasps lay eggs in unsuspecting “zom-bees” and other insects, using their bodies for protection, nutrition and manipulating their behaviour.

“We have all these examples [of zombies] in nature,” said Byers. “Who’s to say we’re not next?”

What would happen if a human zombie outbreak appeared? According to Dr. Mel Krajden of the BC Centre for Disease Control, genomics is the key to detecting a zombie virus. Lab diagnostics can be used to determine whether an infection is sudden or dormant, as well as who is infected and for how long.

But what happens if the virus spreads and most of humanity is staggering around looking like a UBC student in an 8 a.m. class?

That’s where people like SPPH professor and director Dr. David Patrick come in.

According to Patrick, investigation is vital to ending an outbreak. Public health professionals must learn how the agent is transmitted, the efficiency of transmission, the incubation period and how to interrupt the agent.

There are also personal preventive measures that could be useful in the event of a zombie apocalypse, said Patrick. This could range from packing a care kit, to setting up a meeting place and evacuation plan.

“Whether you’re thinking about a quake, a tsunami or a zombie apocalypse, this all-hazards preparedness is something that all of us should be ready to do,” said Patrick. His other tips to increase your chance of survival include heading to the Rocky Mountains, covering up (“human teeth don’t bite through leather very easily”), cremating the (un)dead to prevent their rise and the use of barriers (his suggestion — place treadmills outside of your house).

On a wider scale, social distancing through school closures and other methods could mitigate contact with the infected.

To view zombies as inhuman is “superstitious,” said Patrick. It’s probably not a good idea to take a baseball bat to grandma when methods such as quarantine could prove more effective in controlling the infected.

Patrick encourages professionals to fight “zombie stigma” that could get in the way of effective measures.

“Public health roles in an epidemic include contact tracing, which involves locating potentially exposed people and putting them in quarantine or giving them preventive treatment. Case finding is locating infected people and doing that isolation or treatment,” said Patrick.

SPPH associate professor Dr. Babak Pourbohloul talked about how mathematical modelling can be used to determine the commute patterns of individuals, something that would allow researchers to test different intervention scenarios. He also noted that there are different kinds of zombies, including space zombies, evil magic zombies and yes, even vegetarian zombies — all of which can be mathematically modeled.

Zombies may be a fantasy right now, but everyone from public health officials, to mathematicians, to the US Department of Defence have thought about how to prepare for an epidemic.

So go ahead and prepare your zombie survival kit. You might need it some day.