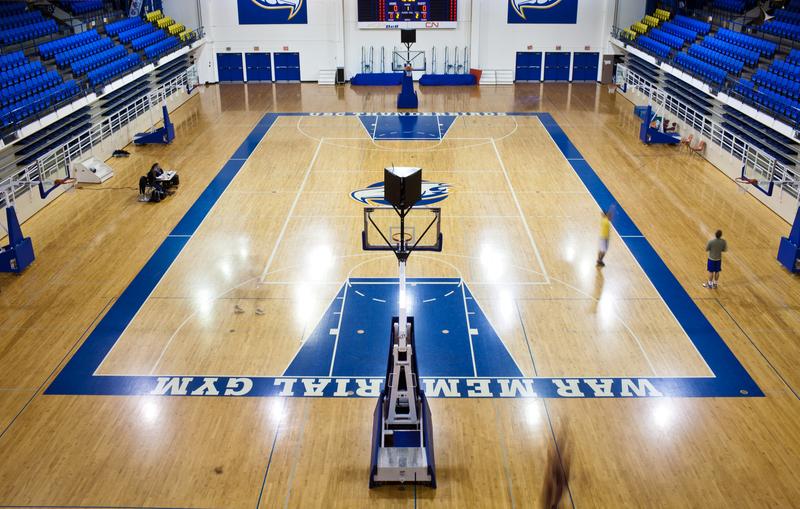 Sargent played for the Thunderbirds Women’s Basketball team from 1968 to 1973. File Geoff Lister

For Joanne Sargent, getting inducted into the Canadian Basketball Hall of Fame is the cherry on top of a long list of achievements.

Sargent played for the Thunderbirds women’s basketball team from 1968 to 1973. During that time, Sargent led the ’Birds to three Canadian University Championships in 1970, 1972 and 1973.

The former university star, who graduated from UBC in 1973 with a bachelor of science degree in kinesiology, also had a six-year senior national team career with Team Canada from 1970 to 1976. During that time, she represented Canada at the Pan American Games in 1971 and 1975 when the games were held in Cali, Colombia and Mexico City, Mexico.

In addition to the Pan Ams, Sargent was also on Team Canada’s roster for two FIBA World Championships in 1971 and 1975 before captaining the Olympic team at the 1976 Montréal Olympic Games, the first games to feature women’s basketball.

In a game against Czechoslovakia, Sargent recorded 14 assists which would become an Olympic record that would stand for 20 years. 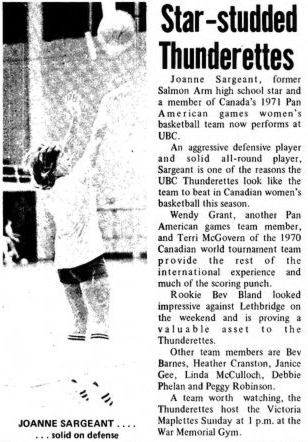 Sargent was selected on Monday along with five other players, builders and officials including Vancouverite and Olympian Howard Kelsey.

“To be worthy of recognition in the Hall of Fame as someone who played basketball with tenacity, skill and integrity and as an ambassador for Canada is such a thrill,” Sargent said in the Canadian Basketball Hall of Fame’s press release.

“I am indebted to those who advocated for my admission to the Hall and am grateful and humbled to be included alongside other talented individuals and teams in the Canadian Basketball Hall of Fame.”