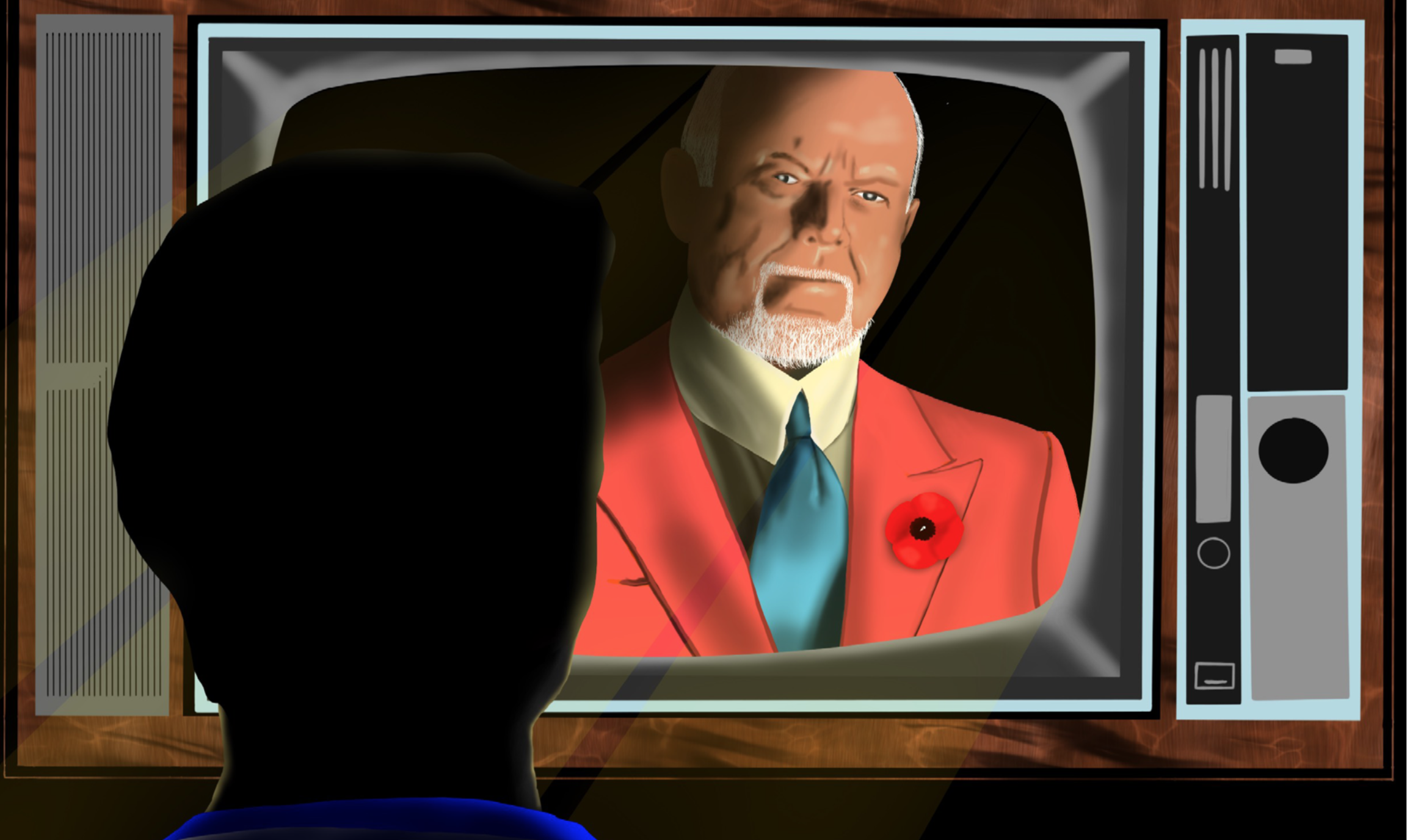 Cherry’s remarks, as well as a lot of comments surrounding them, have no place in hockey. @RESLUS

Letter from the Editor: The problem with Don Cherry

Hockey has become a political battleground in the last few weeks over comments by the likes of Don Cherry and Jessica Allen over topics like Immigration in Canada. But while arguments fly, many have failed to account for immigrant voices themselves.

I swear that I am not exaggerating when I say that I jumped up so high my head touched the ceiling. I remember running to my mother yelling at the top of my lungs “We won! We won! We won!”

While not the biggest hockey fan, she still shared some of the excitement of what had just unfolded. But it was my father who was just as emotional as I was. We both sat in front of the TV with the biggest smiles on our faces as they handed out the gold medals and played the national anthem.

Sidney Crosby scoring the Golden Goal at the 2010 Olympic men’s hockey final against the USA will forever be one of the most memorable moments in my life. I like to think that for my father, an Arab-Jewish immigrant from Morocco, it was as well.

For a man born just north of the Sahara, he loved Canada’s pastime on ice. Hockey was the way we connected with each other and how he was able to connect with Canadian culture himself. He came to Montréal, the birthplace of hockey itself, and was lucky enough to see the likes of Guy Lafleur, Ken Dryden, Larry Robinson and many more grace the coveted ice of the old Montréal Forum.

Even on my mother’s side, a family of Southern-Italian immigrants from a small village in Calabria, two of my cousins played minor hockey with one even getting an invite to the NHL draft. The first in my family to have been born in Canada, I even played a few seasons of house league.

We didn’t change who we are. My cousins would leave their sticks in my aunt’s garage next to that winter’s stock of tomatoes. Friday Shabbat dinners would sometimes start late because my father and I were glued to the TV watching the Canadiens. We are Italian and Moroccan, but hockey is what helped us feel Canadian.

That’s the beauty of hockey, how it can bring people together. When Crosby scored that goal, upwards of 80 per cent of the entire country had at least watched part of the game. When the Humboldt Broncos tragedy occurred, an entire nation mourned in unison while raising over $15 million dollars for the victims’ families.

Through good times and bad, hockey has been able to bring out the best in people in this country. And that’s what Don Cherry has failed to recognize.

By now, the remarks Cherry made toward immigrants in the lead up to Remembrance Day is old news. In case you missed it, the longtime Coach’s Corner host stated “You people that come here … whatever it is, you love our way of life, you love our milk and honey, at least you could pay a couple of bucks for a poppy.”

This is not the first time that Cherry has made fiery or problematic comments. The 38-year veteran broadcaster had been known to always speak his mind regarding matters on or off the ice.

But history aside, the comments that he made towards immigrants in Canada were deservedly the final straw for him at Sportsnet. Cherry has since stated that “the silent majority” supports what he said and that it is just the “minority” that is being more vocal against him. While hard to believe, it doesn’t change the fact that by making those statements, you are ignoring the ability and nature of hockey to unite all Canadians across racial, religious and any other social divide.

Cherry is more than entitled to his own personal opinion surrounding people wearing or not wearing poppies in November, but to bring forth a position that will only divide viewers on a program that has brought people together for decades is uncalled for. Through 38 years working in broadcast, through decades of NHL games, Stanley Cup runs and Olympic finals, that’s something Cherry should have been able to recognize.

But what is just as infuriating are some of the responses to Cherry’s comments, most notably those made by CTV’s Jessica Allen, who stated she doesn’t “worship at the altar of hockey,” that those who did “all tended to be white boys who weren’t, let’s say, very nice” and that parents should do something more worthwhile with the money they would spend on minor hockey.

Again, Allen is entitled to her own opinion but she is generalizing youth hockey players across the country and excluding marginalized and immigrant communities in a way that is not too different from what Don Cherry did.

The likes of Cherry and Allen’s comments are turning hockey into a political battleground and leaving out immigrant communities which are being fought over, many of whom have grown to love the game as much as both sides of mine have.

When I look back at the videos of the 2010 final, I love to watch a compilation of reactions to Crosby’s Golden Goal. It shows reactions spread across family homes, bars, restaurants and the city streets of major cities like Toronto and Vancouver.

Do you know what I see when I watch that video? I see tens of millions of people from all types of different backgrounds, people whose families have been here for centuries or months, all cheering in fervent excitement over a game-winning goal that would go down in the annals of Canadian hockey history.

Hockey doesn’t have to be political all the time, especially when those who make it political are leaving out key populations that make up this country. For the countless immigrant families that dedicated parts of their lives to hockey like mine, hockey is the platform we use to connect with Canadian culture, not be separated from it.