Off the beaten wave: Hau Li Fan leads the way for open water swimming at UBC

His coach pulled him aside one practice, and told him to keep up with an Olympic medalist. Before long, he himself medalled on the world stage.

Now competing for Canada at the World Swimming Championships, open water specialist Hau-Li Fan has his sights set on the Olympics.

“The unpredictability about open water is what I think makes it interesting, because not every race is going to be the same.” 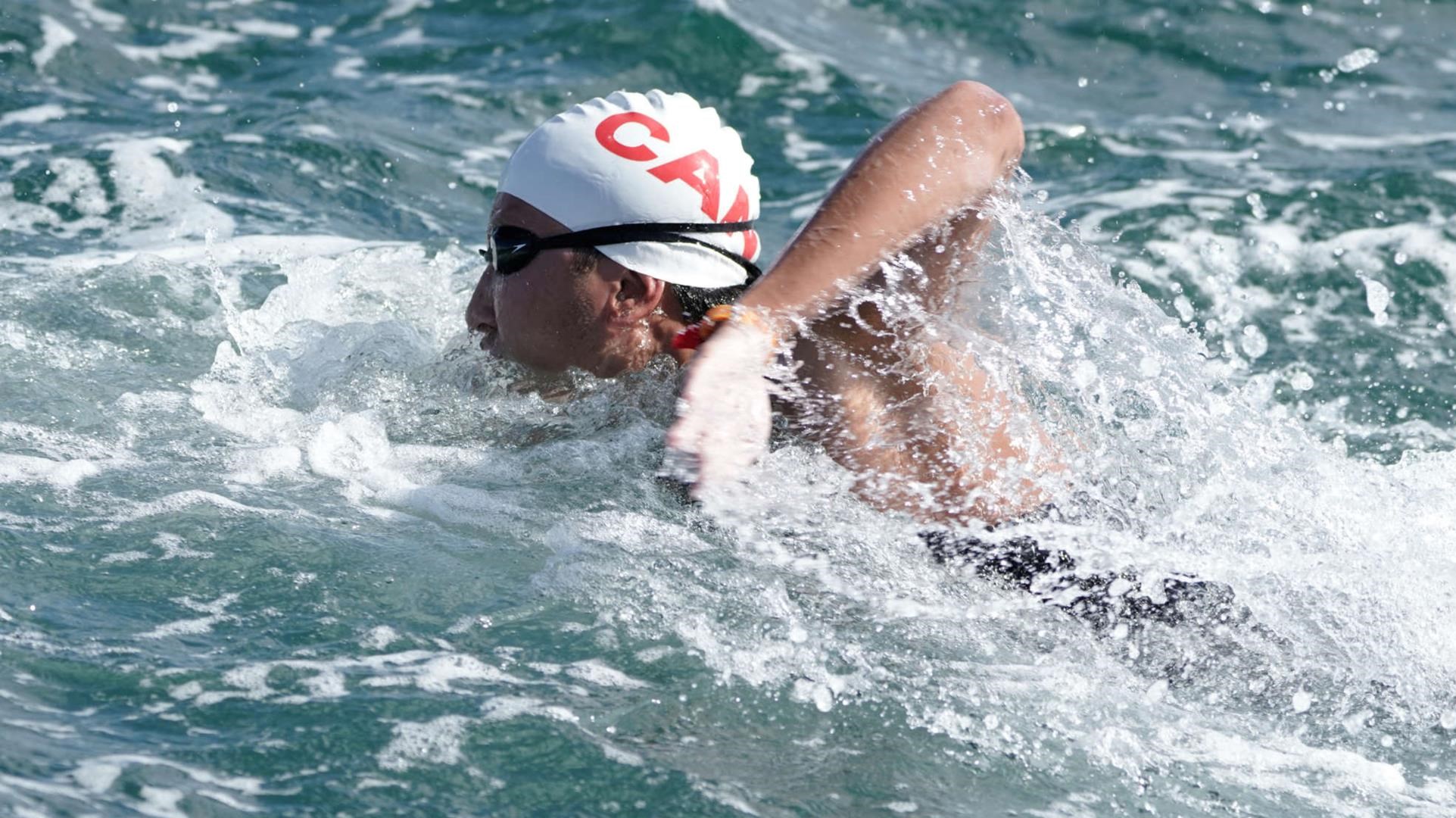 However, Fan’s ascendance in the little-followed discipline of open water swimming (races vary in length, but the Olympics feature a men’s and women’s 10-kilometre distance swim) wasn’t always so streamlined.

Originally from Burnaby, Fan figure skated as a child, but later chose to dedicate his time to competitive swimming.

“Maybe when I was around 12, I decided that I would switch to swimming just because I had more [of a] skill set in that sport. It also helped with the asthma.”

While attending high school in New Westminster, he raced with Hyack Swim Club before transferring to the Canadian Dolphins at UBC. Staying local to pursue his post-secondary degree in biology was a straightforward choice for Fan.

“Well, UBC has a really rich history with swimming, producing a lot of Olympians and national team members. It just seemed like a great place to go … It’s also academically very up there in Canada and even in the world.”

At UBC, Fan was new and nervous. The Thunderbird swimming program had enough prestige to humble even the best in the world, with dozens of men’s and women’s Canadian University titles to boast from the last few decades. So when he first arrived, Fan’s coaches decided a nickname would help with his initiation into the team. An old teammate coined a nickname that can be heard around the UBC Aquatic Centre most training days: Howler.

Despite having a knack for distance events, Fan continued racing a variety of sprints and medium distance. But then, Canadian open water swimmer and London 2012 Olympic bronze medalist Richard Weinberger came to work out with the team in preparation of the Rio de Janeiro 2016 Olympics.

“Steve [Price] thought I had an opportunity to just do open water as well, because I seemed to keep up with him pretty well in most workouts.”

Still unsure of his ability in the open water, Fan went into his first meet — a World Cup race in Lac St. Jean, Quebec — with an open mind.

“Going into that race, I didn’t really have an expectation just like, you know, try to finish because it’s a long race, and I had never done one before ... When I touched that pad and finished it I thought I did a pretty good job, being like top 10. As it turns out, I came third.”

Since then, Fan has bolstered his résumé, competing in several other high-end international meets. He points out one of the perks of the job is where he gets to swim, including “exotic lakes and oceans.”

Yet travelling to tropical locations is the easy, enjoyable part of the gig. The training regimen, on the other hand, is brutal — especially for a full-time student.

Fan typically starts his day around 5 a.m. for morning practice, which lasts a couple hours. After replenishing his fuel reserves, he heads to classes until the early afternoon when it’s time for his second practice. A second workout consists of a couple hours of laps — not including dry land training. By the time he showers and does his homework, Fan is home by 9 p.m. And because he needs to repeat this cycle, bedtime is no later than 10 p.m. most nights.

The open water events will actually be held about 100 kilometers outside of Gwangju in the southern coastal town of Yeosu at the Yeosu EXPO Ocean Park. It will be one of his biggest tests so far in the discipline of open water swimming. While an important race, it won’t be his first taste of international competition.

Fan swam at the Ligue Européenne de Natation Open Water Swimming Cup in Lac du Causse in Brive, France last month and walked away with a silver medal as part of the Canadian quartet that placed second overall in the event and included Kate Sanderson, Chantel Jeffrey and Jon McKay.

The Canadian Open Water Trials, where Fan first qualified for this summer’s World Championships, were also held abroad in the Cayman Islands in May.

Beyond that, he hopes to ride his wave into the Olympic year and represent Canada at the next Olympic games in Tokyo, a childhood dream of his. Eventually, Fan talks about becoming a teacher and paying it back to the community.

As for the Thunderbirds’ future in open water swimming? Fan hopes his coaches continue to explore and push swimmers’ capabilities and consider trying out the marathon swimming events more often.

“I think Steve [Price] is also pushing for some of these younger varsity swimmers to maybe try open water swimming as well because I mean, if he didn’t really ask me to try this, I never would have gone for it in the first place.”