About this time last year, the head coach for the UBC squad Sven Butenschön said his team needed “to find some offence.”

These comments came after the T-Birds were swept by the Mount Royal University Cougars and outscored 11-3 over two games. A year later, this still holds true in describing the current UBC men’s hockey team going into the second half of the Canada West season. 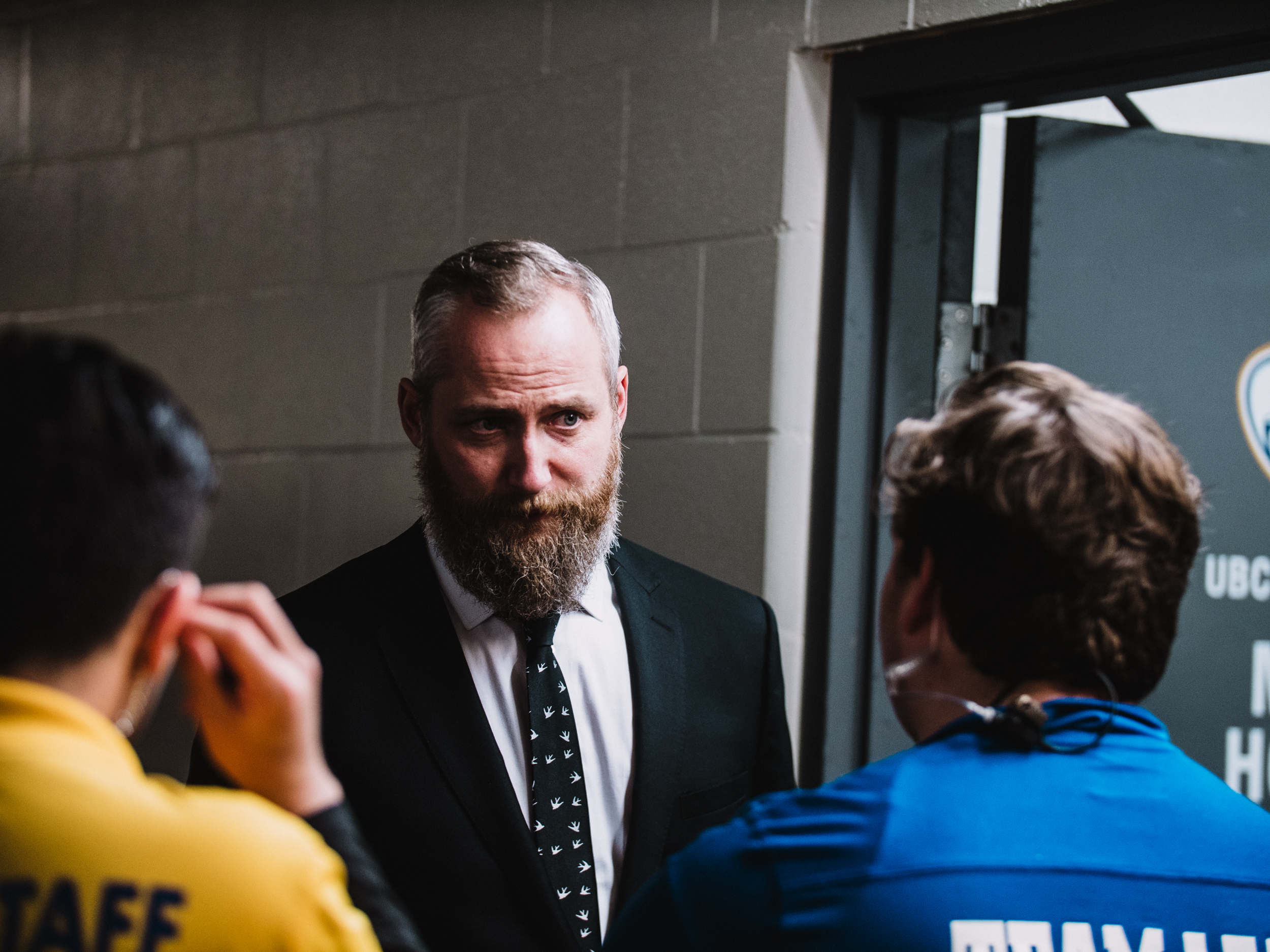 Head coach Sven Butenschön has been at UBC since 2015, coming to Point Grey after finishing a 140 game NHL career and an Olympic appearance for Germany. File Saman Shariati

At the start there was a lot of optimism that this season would be different.

The team featured a proven goaltender in Rylan Toth, veteran leadership core and the infusion of new recruits created depth at multiple positions on the roster.

Throughout the first half of the season, however, the team appears to remain lost in that search for offensive output.

Up until this past weekend, the team ranked near the bottom of the conference in scoring with not a single player in the top 20 list for total points in Canada West.

Coupled with injury trouble, these continued issues with scoring have contributed to the fact that, before this past weekend, the team was tied for the second-lowest win percentage in all of U Sports.

Granted injuries should not be discounted when evaluating the performance of this team. The return of forward Matt Revel was especially uplifting but it is hard to ignore that in their first game of 2020, with nearly a full lineup, the T-Birds were held scoreless.

Other numbers are much more troubling, UBC has scored two goals or less in ten games so far this season and is winless in those games. This includes a 5–0 shutout to the University of Alberta Golden Bears on opening weekend and an upsetting 2–1 loss to the lowly University of Regina Cougars.

And while factors beside scoring may also be at play, it should be noted that UBC has performed well on defence.

For what it’s worth, the T-Birds have allowed about the same number of goals as teams above them in the standings. Goaltender Rylan Toth, despite facing more rubber than highway road kill, has been one of the top goalies in the conference.

In many ways, the strength on defence is not that surprising because when you watch them play it does not take long to realize that the makeup of the team is more suited to this style.

For one thing, most of the skaters are tall and physical on the forecheck, which does help wear down the opposition.

But in games where the T-Birds have fallen behind early, abandoning the physical play in favour of erasing a deficit has put them at a disadvantage.

In fact, in the games where the T-Birds were trailing or tied after the first period, the team has won twice and lost the other eleven games.

But before making it sound like this team cannot perform offensively, what makes this team so frustratingly unpredictable is that they actually are capable of producing offensively and when they do, the outcome is almost always positive.

In the seven games where UBC scored first, they have lost only once in regulation, and all of their wins this season have come when they scored three or more goals.

Just last November, the T-Birds blitzed the University of Lethbridge Pronghorns, outscoring them 12–1 over two games, which provided a glimpse into their offensive potency that was thought to be a sign of things to come.

But since that series, goal scoring has become scarce and will remain a storyline as long as it limits the success of this team.

Now with the Winter Classic days away, and thousands of students, alumni and fans eagerly anticipating the festivities and anxiously waiting to see their team put on a show, the time is right to change this narrative. Winter Classic is on Friday at 6 p.m.