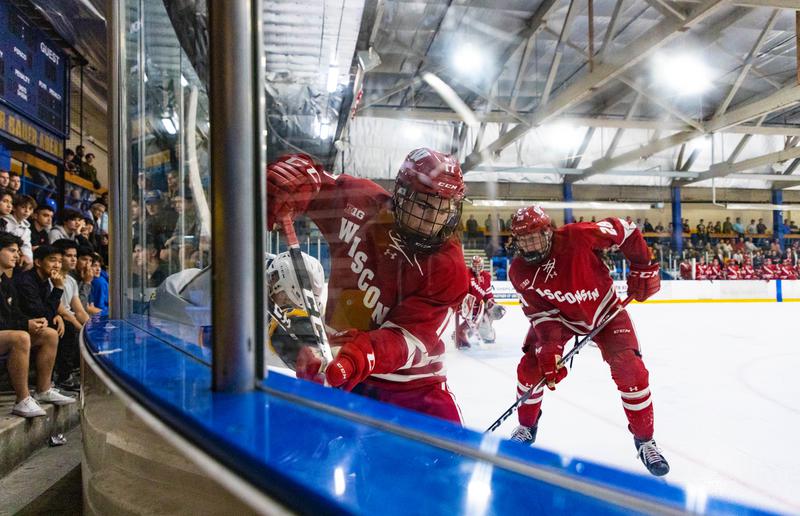 Badgers Ty Pelton-Byce fights for the puck behind the net. Salomon Micko Benrimoh

The Thunderbirds men’s hockey team went into the third period of the final match of their two-game exhibition series against American powerhouse, the University of Wisconsin Badgers, down four goals with the score at 5–1.

But for the remaining play, the ’Birds wouldn’t go down too easily.

The Badgers were all over the ’Birds, smothering UBC with their blistering speed and leaving the home team with little room to breathe. Crowd favourite and Montréal Canadiens’ 15th overall draft pick, Cole Caufield, had already netted two goals for the Badgers in what would be a four point night for the start rookie. 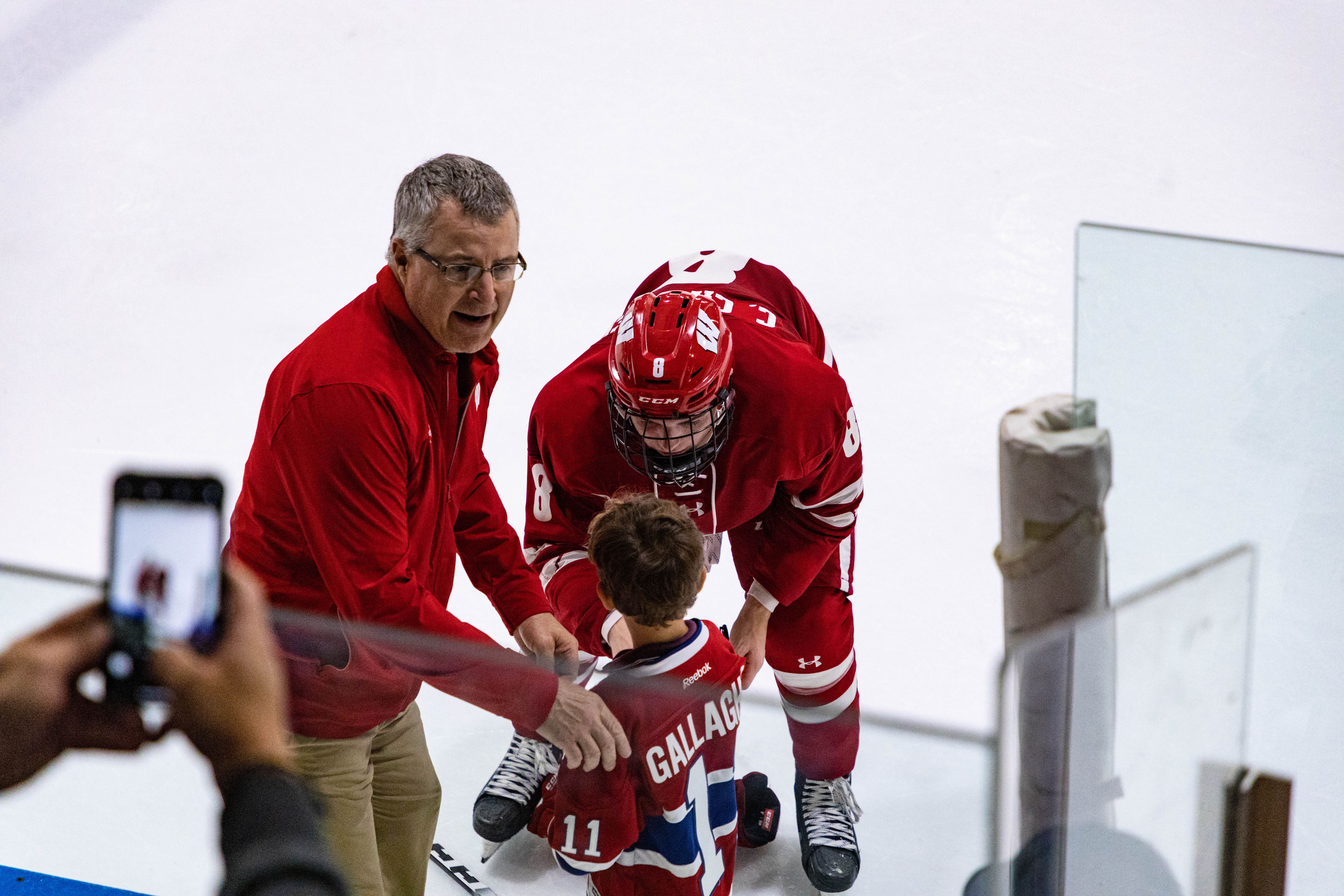 As spectators returned to their seats for the final period of play, most had written off the Thunderbirds as being the first victims of a Badgers blowout victory this season. The Badgers were simply too fast for the older and more physical U Sports squad, who were even sharing goalies with Wisconsin due to injuries to both Rylan Toth and Patrick Dea.

Nothing could have prepared them for what was about to happen.

The Thunderbirds came into the final period with a vengeance, somehow gaining a second wind, playing just as fast as the Badgers and forcing the opposing team into making mistakes.

They scored three unanswered goals, courtesy of an additional one by Revel and two more by rookie T-Bird Jake Kryski, to bring the score within one at 5–4. The ’Birds would score a fifth time, but the goal would be immediately waved off due to a hand-pass. 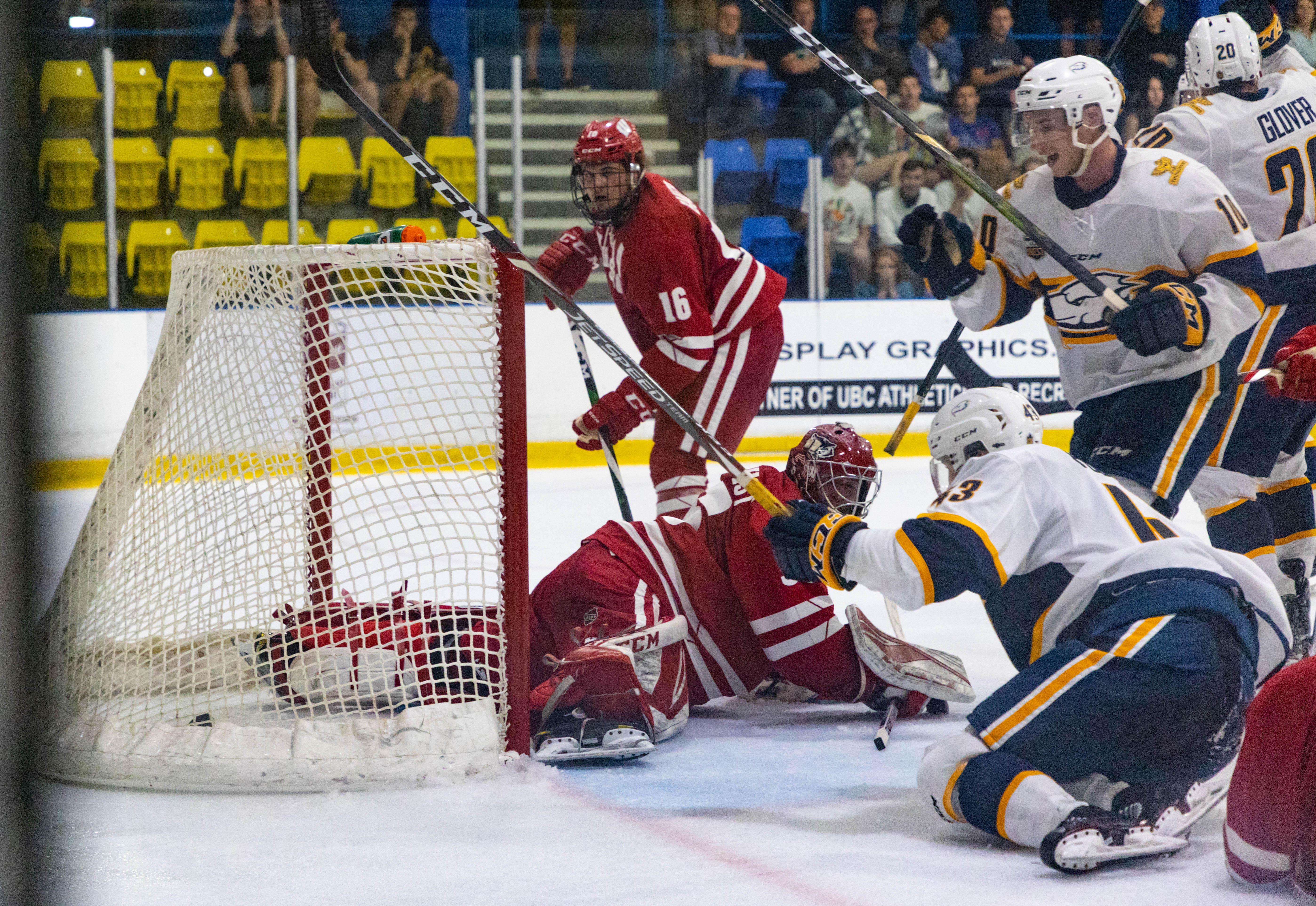 With under two minutes left to play, just as the Thunderbirds head coach Sven Butenschön took out his goalie for an extra attacker, Caufield broke away to give the Badgers a two-goal lead once more.

Relentless, the ’Birds marched right back to the Badgers zone and Austin Glover netted another goal off a pass from rookie Ryan Pouliot to bring the ’Birds back within one in the dying seconds of the game.

Ultimately, Wisconsin would break away once more and get an empty net goal to bring the final tally to 7–5 in favour of the Badgers. 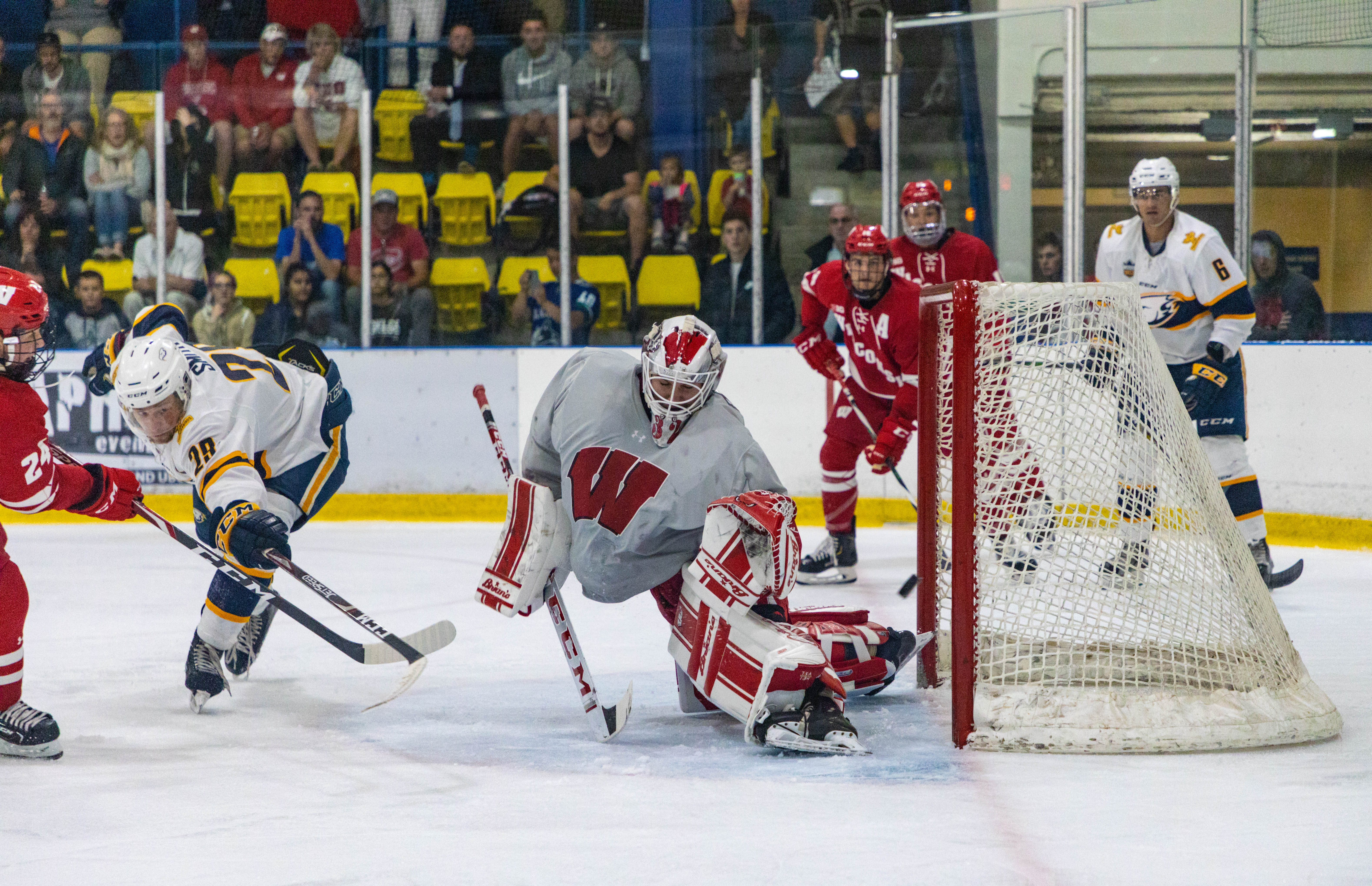 But coach Butenschön held high praise for his team after their comeback performance.

“Proud of the group, proud of the way they responded. Not easy when you gotta kill seven or eight penalties against a team with that much offence so what a response in the third period and showed a lot of character and it was nice to see,” he said.

While the Thunderbirds lost the game, they displayed an incredible level of resiliency against a team with multiple current and future National Hockey League draft picks. If this translated into Canada West play, the ’Birds could be well in store to make a deep playoff run.

“My hope is you can finish with that execution and that skill we had in the third period. Combine that with the physicality we had on Friday night, I think that would be nice standards set [for the upcoming season],” said Butenschön.